A tight 1-0 victory over Newcastle United at home in the midweek has formally secured Tottenham Hotspur the Champions League promotion spot, as the Spurs are set to host Leicester City at the Wembley Stadium this weekend in the last game of the season. Although they’ve been playing attractive and efficient football this year, Mauricio Pochettino’s team have gone through a minor crisis over the last couple of weeks that could’ve cost them dearly, but with two wins in the previous three games, they’ve managed to bring this Premier League campaign to a happy ending. Meanwhile, the Foxes have been unable to provide stability and continuity throughout the season, often struggling away from the King Power Stadium, and they stand no chance of reaching the Europa League qualification ahead of this game despite destroying Arsenal by three goals to one in the midweek. Considering this encounter has no ‘material value’ for each side, it should be expected both teams will play open and attacking football.

The only player in the home squad who will miss the game is Harry Winks, while Matty James, Wilfred Ndidi, Daniel Amartey, Robert Huth, Shinji Okazaki, Kasper Schmeichel, and Benjamin Chilwell should all stay in Leicester because of injuries. 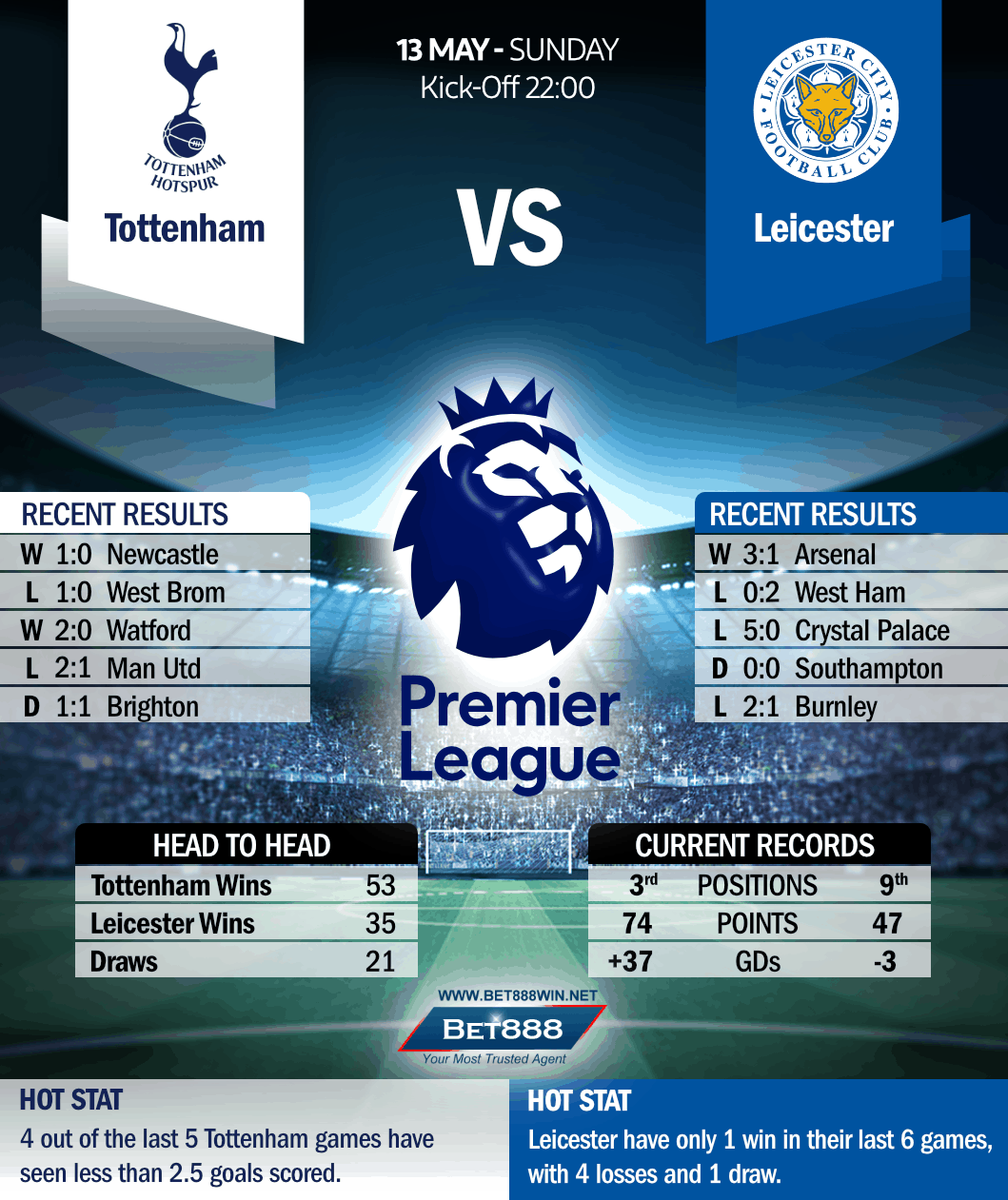