After coming back from a two-goal down in Turin, Tottenham Hotspur have great expectations ahead of the second leg of their Champions League clash with Juventus, mainly thanks to Gonzalo Higuain, who missed a penalty kick before Eriksen’s equalizer. The Spurs are looking to extend their impressive home record, as they have eight wins and two draws out of their previous ten games at the Wembley, missing to score only once this season. Roma’s victory over Napoli last weekend has handed the Old Lady a big boost in their efforts to defend the Serie A title, but Massimiliano Allegri is desperate to climb on the top of Europe following a 4-1 defeat to Real Madrid in last season’s final. The Italian heavyweights have won ten away games in a row conceding just one goal in the process, while the North London side has netted at least once since in each game since November’s 2-0 loss to Arsenal.
Toby Alderweireld won’t be fit for the encounter although Mauricio Pochettino had some hopes after the Belgium defender returned to training recently. Moussa Dembele, who has suffered a knock against Huddersfield is also expected to skip the match.

Juventus will be drastically weakened, as Federico Bernardeschi and the pacey Colombian winger Juan Cuadrado are both sidelined due to injuries, while Gonzalo Higuain and Mattia De Sciglio should find themselves on the flight heading towards England. 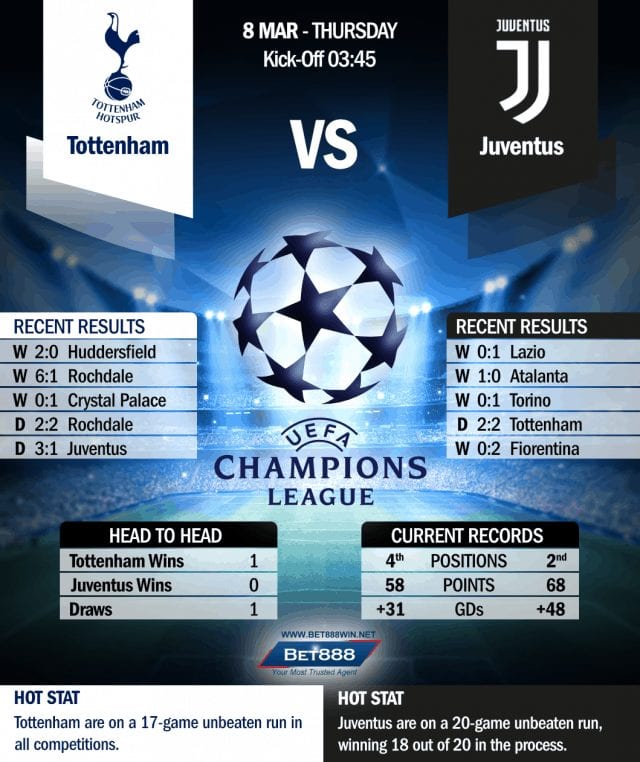