Already established as one of the most dominant Premier League sides over the last couple of seasons, Tottenham Hotspur anticipate another successful EPL campaign, as they look to take on Fulham at the Wembley Stadium, hoping to maintain impressive form. After finishing third last season, behind two Manchester giants, the Spurs have had a quite prolific experience in the United States this summer, winning the prestigious friendly tournament, as they have managed to defeat AC Milan and Roma at the International Champions Cup, while their only defeat came against Barcelona after penalties. Mauricio Pochettino’s side started the new league campaign with a 2-1 win over Newcastle on the road, and the Argentine manager urges his players to continue the same way against the team that has played in the Championship last year. The Cottagers, who have managed to return to the English top flight thanks to a 1-0 victory over Aston Villa in the playoffs, are going through a rough time, as they only pulled off one triumph in their last seven matches, while losing five times in the process, including a 2-0 defeat to Crystal Palace at the Craven Cottage last week. Slaviša Jokanović’s side is considered considerable underdogs in this encounter, but there’s no doubt they will put out maximum effort to avoid defeat in London.

Harry Winks is the only injured player in the home squad, while Alfie Mawson, Floyd Ayité, Marcus Bettinelli, and Tim Ream are all expected to miss the game for the visitors. 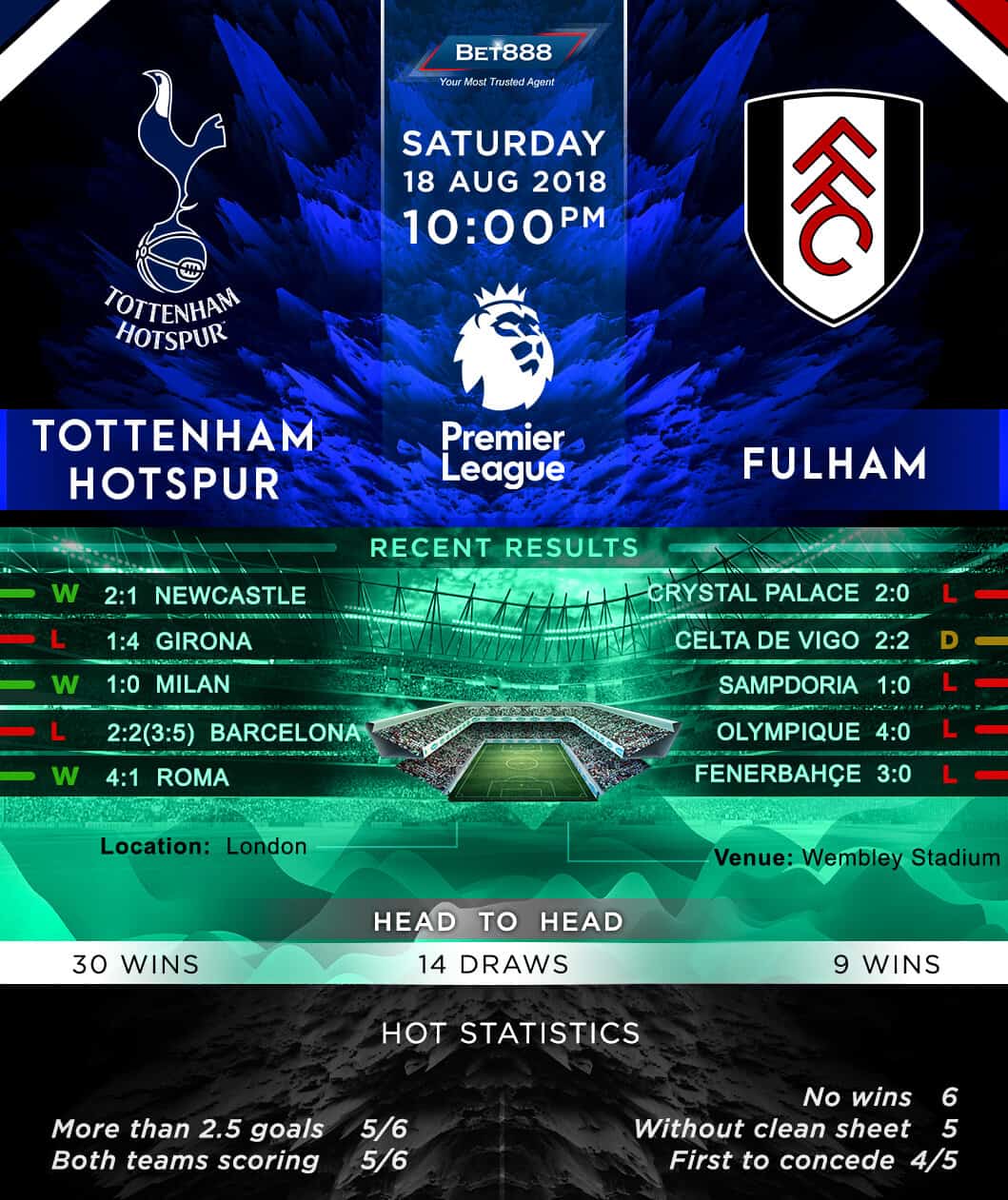