Tottenham spurned a 1-0 halftime lead at West Ham United in a disappointing 1-1 draw in midweek Premier League action, maintaining a 100% unbeaten start to the new top-flight campaign (W3, D2). Keen to build momentum ahead of their upcoming Champions League clash against Marseille, ‘Spurs’ will be looking to continue their imperious 13-game Premier League form against Fulham (W11, D1, L1). On top of that, Antonio Conte’s men have won each of their last four Premier League London derbies at home, their best run in such fixtures since 2010. Extending that streak would see Tottenham begin the new top-flight season unbeaten in their first six matches for only the third time in the club’s history, last achieving this feat in 2016/17.

Meanwhile, led by a talismanic striker Aleksandar Mitrovic, Fulham dispatched Brighton 2-1 in midweek Premier League action, making it four unbeaten league matches from their opening five this term (W2, D2). Enjoying their joint-best top-flight start since 2012/13, the ‘Cottagers’ head into proceedings looking to defy their record-low 18.6% win ratio in the Premier League London derbies. Despite Mitrovic’s free-scoring form, that could be easier said than done, considering they’ve only won one of their last 12 top-flight visits to Tottenham (D3, L8). But the Serbian striker could do something about Fulham’s underwhelming scoring record at ‘Spurs’ that has seen them net just five times across those 12 matches. Visiting manager Marco Silva is seeking his first-ever victory over Tottenham at the sixth time of asking (D3, L2). 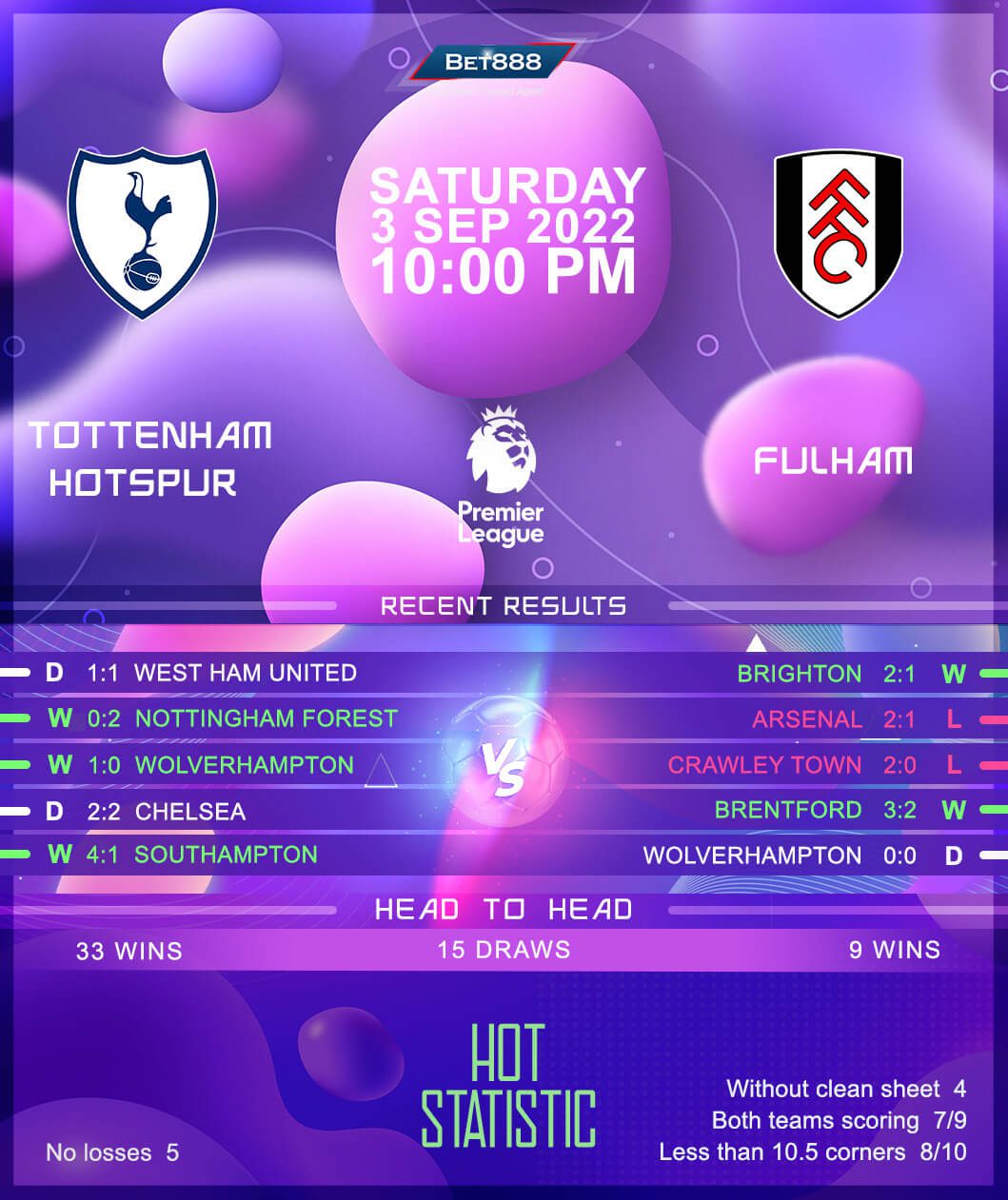