During these sad days in North London following the passing of their beloved fitness coach Gian Piero Ventrone, Tottenham Hotspur found enough strength and spirit to beat in-form Premier League rivals Brighton 1-0 on the road at the weekend. After responding to an unexpected scoreless draw at Frankfurt last weekend, ‘Spurs’ head into proceedings knowing anything other than victory could throw their progression hopes into doubt. Antonio Conte’s side claimed a 2-0 home win over Marseille in the opening round but have since gone back-to-back Group D matches without scoring (D1, L1). Level on points with third-placed Frankfurt and just one clear of basement boys Marseille, the Londoners will be desperate to avoid drawing a blank in three consecutive European outings for the first time since 2011.

With Tottenham losing four of their last six home meetings with German visitors (W2), Eintracht Frankfurt will fancy their chances of pulling off an upset in England. Eager to reach the knockouts in their maiden Champions League campaign, the Germans have bounced back from a 3-0 day-one defeat to Sporting Lisbon, keeping a clean sheet in their two subsequent Group B matches (W1, D1). Following a 1-0 victory at Marseille on matchday two, Frankfurt could become the first German club to win their first two Champions League away games. That’s not an impossible task, though, as ‘Die Adler’ have registered victories on their last two European visits to England, beating Tottenham’s fellow London rivals Arsenal and West Ham United! Yet a horrific 3-0 defeat away to Bochum at the weekend wasn’t the best way to prepare for this clash. 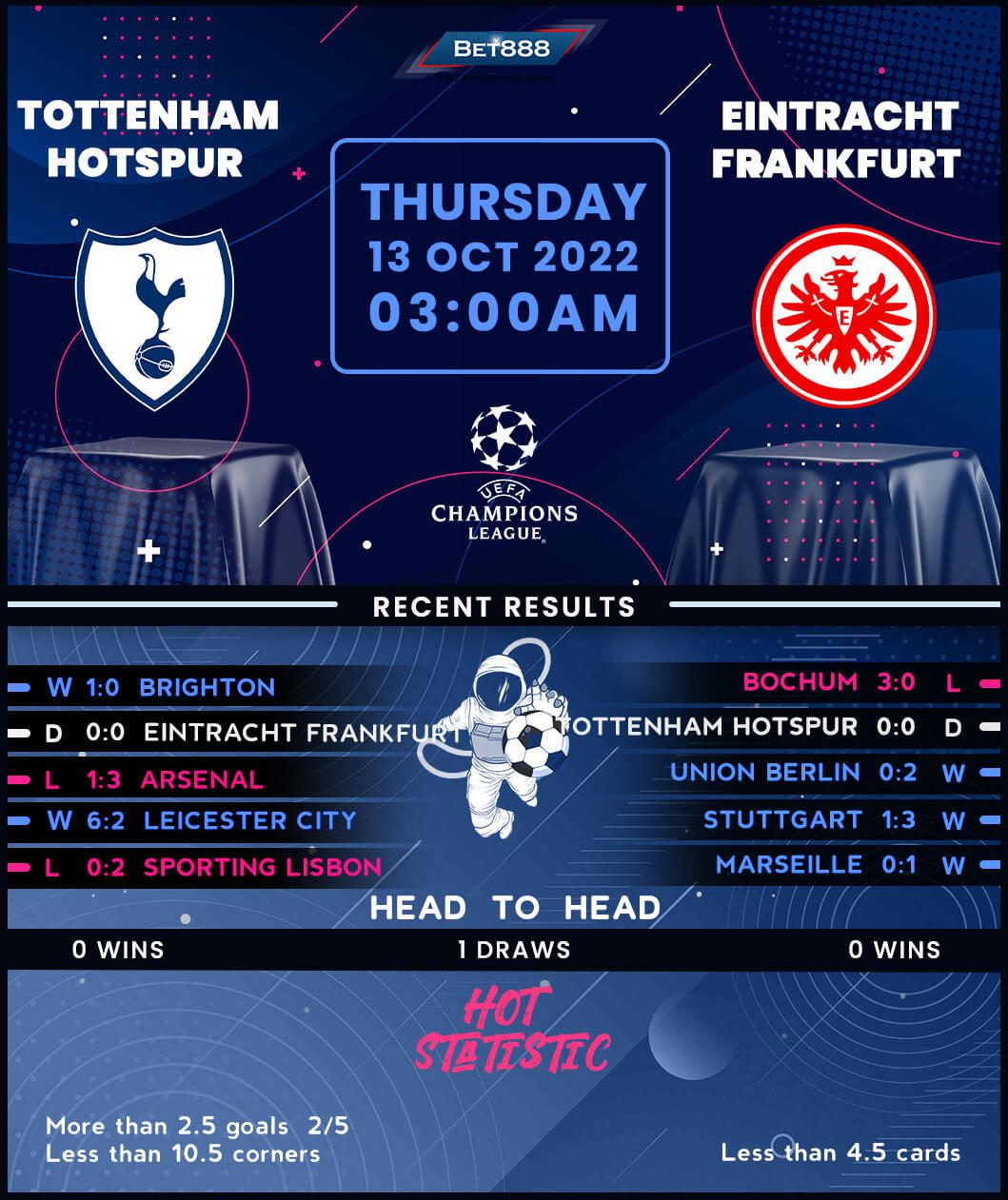