A 4-2 defeat to Barcelona in midweek’s Champions League showdown, the Spurs’ chances of advancing to the knockout stage dropped notably, with Mauricio Pochettino desperately wishing to see his side reacting to a frustrating period. The London outfit defeated Brighton and Huddersfield Town in the past two league fixtures, but they currently trail Manchester City and Liverpool by four points thanks to two consecutive losses to the Merseysiders and Watford. Besides, Tottenham barely managed to eliminate the Hornets in the Carabao Cup, advancing to the next stage only after a penalty shoot-out. Therefore, Pochettino needs to see his players beating the struggling returnees, as a potential failure may allow the leaders to extend the gap.

Meanwhile, the visitors already seem to be heading back towards the Championship following a cataclysmic start of the season. The Bluebirds have lost four consecutive league matches to Arsenal, Chelsea, Manchester City, and Burnley, conceding fourteen goals in the process. Everything Neil Warnock’s team managed to do so far was to snatch two scoreless draws to Newcastle United and Huddersfield after suffering a 2-0 defeat to Bournemouth on the opening matchday. So, with a record of five losses and two draws, the Wales-based side are nailed to the bottom of the table, and things would hardly improve considering they would have to hold the likes of Harry Kane and Lucas Moura.

Michel Vorm, Serge Aurier, Dele Alli, Mousa Dembele, Jan Vertonghen, and Christian Eriksen are all sidelined with injuries in the home team, while Nathaniel Mendez-Laing, Lee Peltier, and Aron Gunnarsson won’t be playing for the visitors. 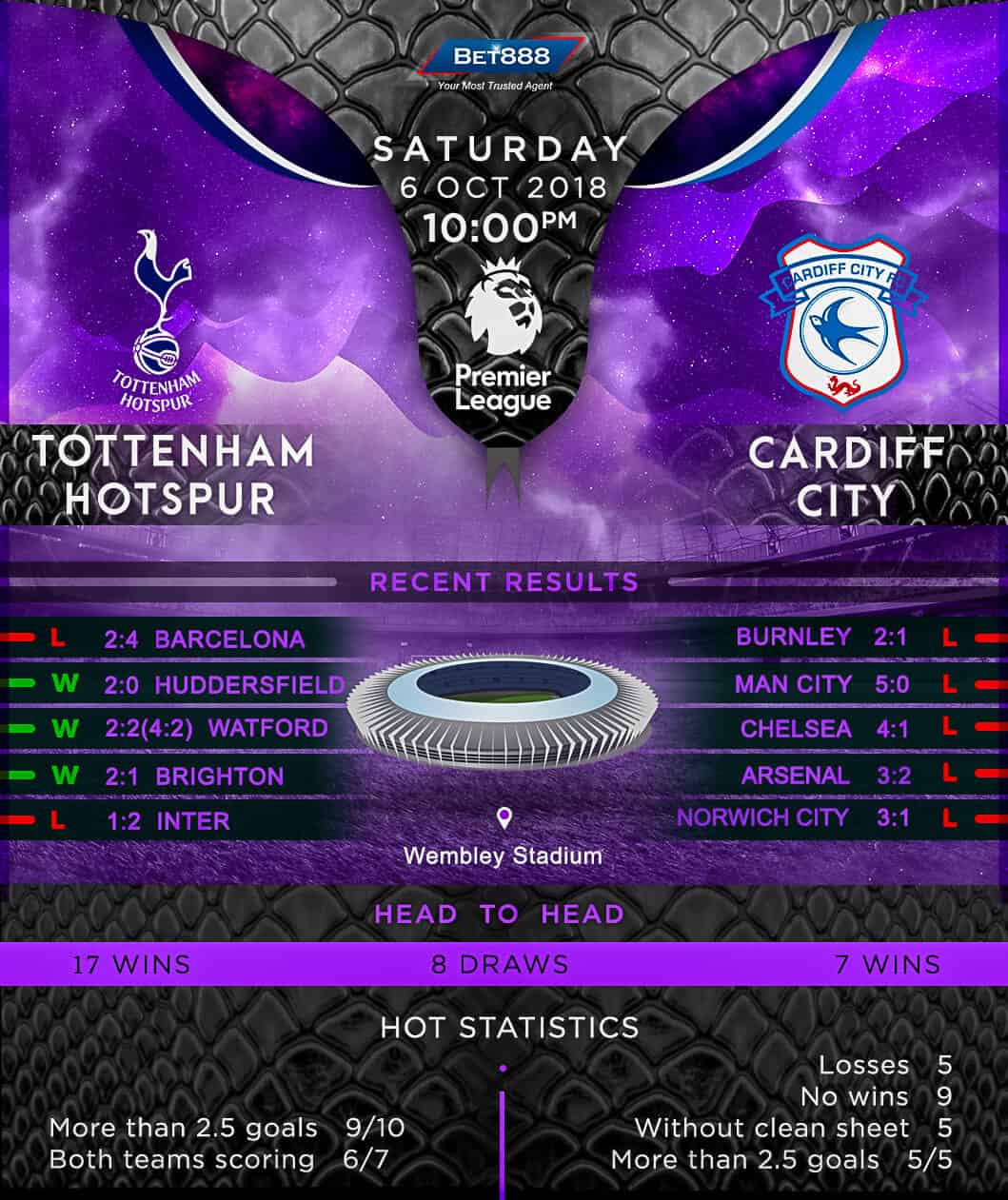