Barcelona are set for a trip to London to face off against Tottenham Hotspur at the Wembley Stadium, as Ernesto Valverde desperately wants to see his side finding the way out of a serious-looking crisis.

The Spurs are going through a tumultuous period in the opening stage of the season, highlighted by various ups and downs, which saw them losing three straight games before securing three consecutive wins, in the Premier League, as well as, in the Carabao Cup. Although the Lilywhites suffered a harsh 2-1 defeat to Inter Milan on the opening matchday, Mauricio Pochettino has managed to motivate his players properly, as they outscored Brighton, Watford, and Huddersfield Town after that, thus keeping pace with Chelsea, Manchester City, and Liverpool. Still, the north London outfit must avoid defeat this midweek if looking to remain in the promotion race.

On the other hand, the Catalans have crashed PSV Eindhoven in the Champions League opener by four goals to nil but failed to live up to expectations in the following three games. After beating Dutch champions, the Blaugrana have played out two surprising draws to Girona and Athletic Bilbao at home, while they’ve suffered a shock 2-1 defeat to Leganes on the road despite having a 1-goal lead at the half-time break. Additionally, in five out of previous six matches, La Liga holders failed to keep a clean sheet, which is the principal reason for their mediocre results recently.

The home side will be severely weakened for the big showdown by the injuries of Hugo Lloris, Serge Aurier, Dele Alli, Mousa Dembele, and Vincent Janssen, while Pochettino prays to see Jan Vertonghen and Christian Eriksen bounce back from slight physical problems. As for the visitors, Sergi Roberto is expected to miss the duel due to a leg injury, while Samuel Umtiti won’t be available after picking up a red card against PSV. 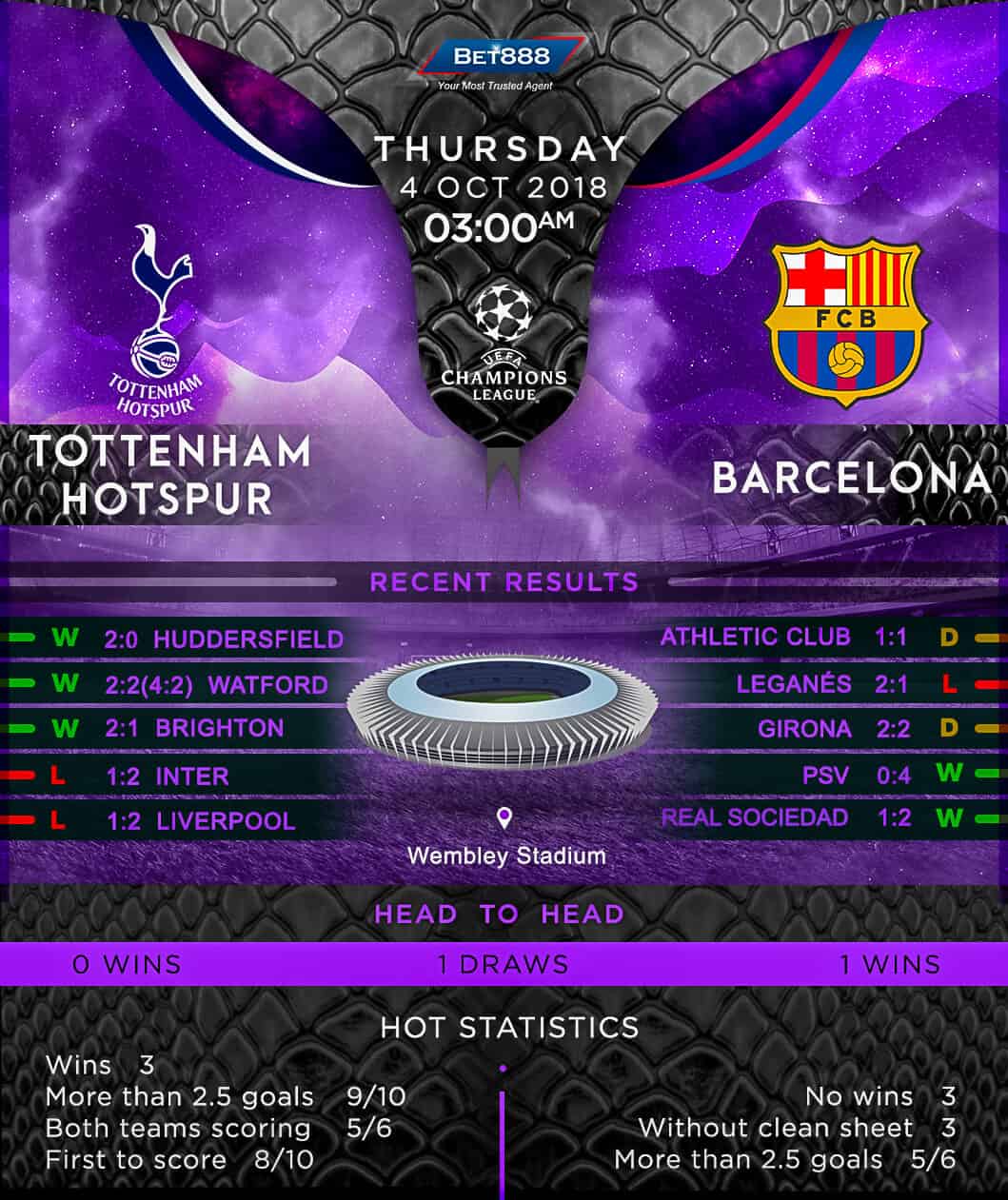