Tottenham fought back from a 2-0 deficit to hold Brentford to an enthralling 2-2 draw on Boxing Day, maintaining their patch Premier League form (W2, D1, L2). After letting fifth-placed Manchester United reduce the distance to a single point, ‘Spurs’ cannot afford another slip-up at home, where they’ve lost two of their last three Premier League fixtures (W1). However, the Londoners have seemingly had Aston Villa’s number of late, beating them 12 times in their 14 previous top-flight H2Hs (L2). Moreover, Antonio Conte’s men have developed a habit of flourishing on New Year’s Day, having won seven of their last eight Premier League fixtures played on the 31st of December (L1). Worryingly, though, Tottenham have conceded the opening goal in six straight league games in the build-up to this clash.

On the other hand, Aston Villa slipped to a 3-1 home defeat to Liverpool on Boxing Day, ending Unai Emery’s 100% Premier League record at the helm (W2). But the Spaniard won his touchline debut on hostile turf in November, guiding the ‘Lions’ to a 2-1 triumph at Brighton & Hove Albion, which accounts for their solitary Premier League success on the road in 2022/23 (D2, L5). If they’re to make it two in a row, the visitors will have to defy their lackluster form in the capital, having lost their last five Premier League away matches against London sides, conceding 2+ goals on each occasion. That’s where Emery comes in, with the ex-Arsenal boss going unbeaten in all three managerial of his Premier League encounters against Tottenham (W1, D2). 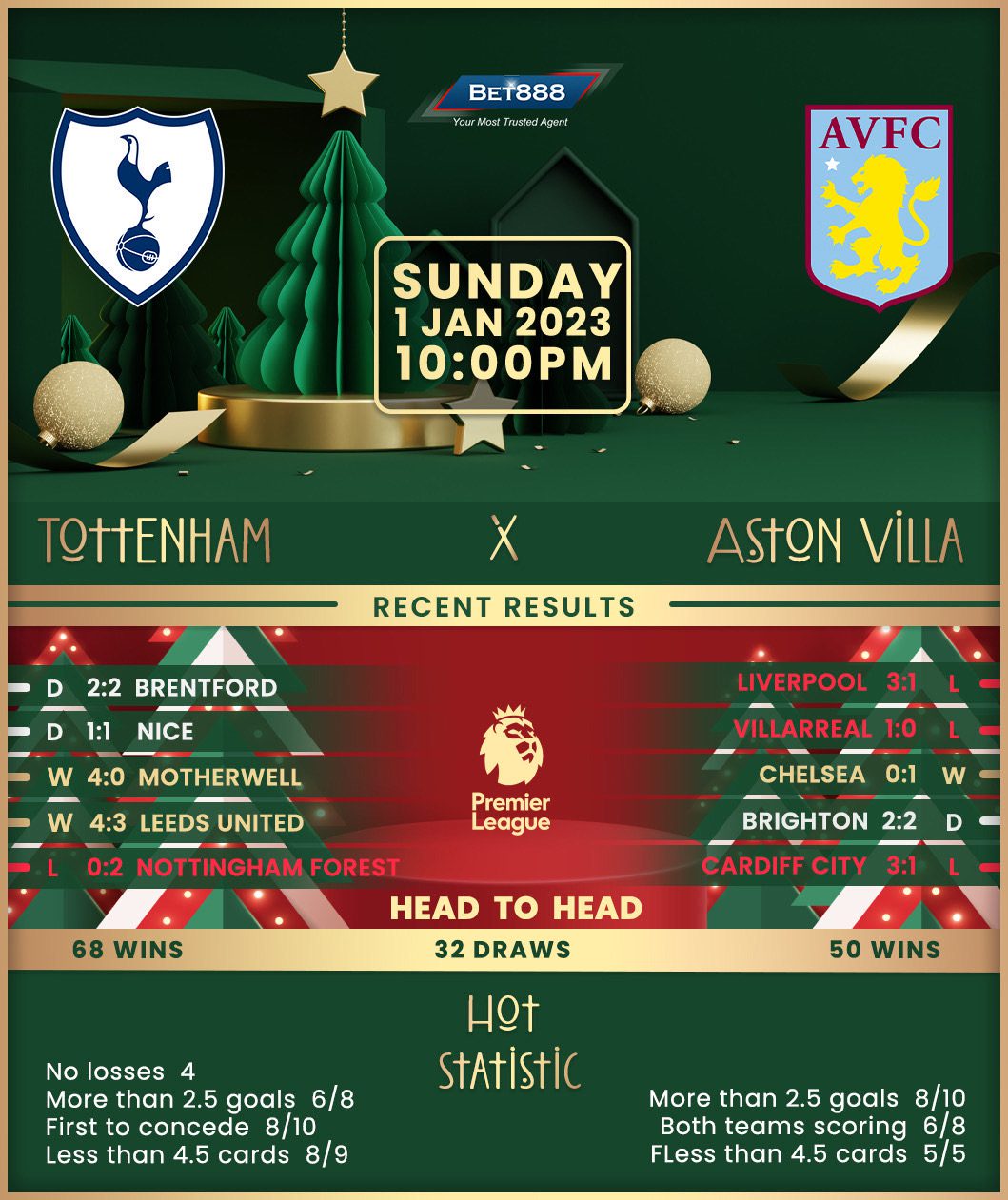