Despite capturing the services of Lorenzo Insigne and Federico Bernardeschi in the summer, Toronto are on the cusp of missing out on the MLS playoffs. After losing their last three league outings on the trot, the Canadian heavyweights have nothing but pride left to play for as they head into proceedings sitting eight points adrift of the Eastern Conference playoff line. With only two games left before the completion of the regular season, the ‘Reds’ will hope to arrest a three-game winless MLS run at home (D2, L1) in their final top-flight outings in 2022/23. However, that could be easier said than done, as Inter have proved a formidable opposition. Indeed, Bob Bradley’s men have lost their last four MLS meetings with David Beckham’s franchise, conceding 2+ goals three times in this span.

Unlike their hosts, Inter Miami’s bid to qualify for their first-ever MLS playoffs is more than realistic, as they occupy the final playoff spot in the Eastern Conference ahead of the kick-off. Level on points with eight-placed Columbus Crew with just three games to go, the ‘Herons’ have no margin for error if they’re to pull off a historic achievement. Since Phil Neville’s men have gone from three straight MLS defeats to back-to-back league triumphs, enthusiasm should be high in the visiting camp. But playing on the road has been a nightmare for Inter. Before a 3-2 win at DC United on their most recent MLS travel, they had won none of their previous four away league matches (D1, L3). 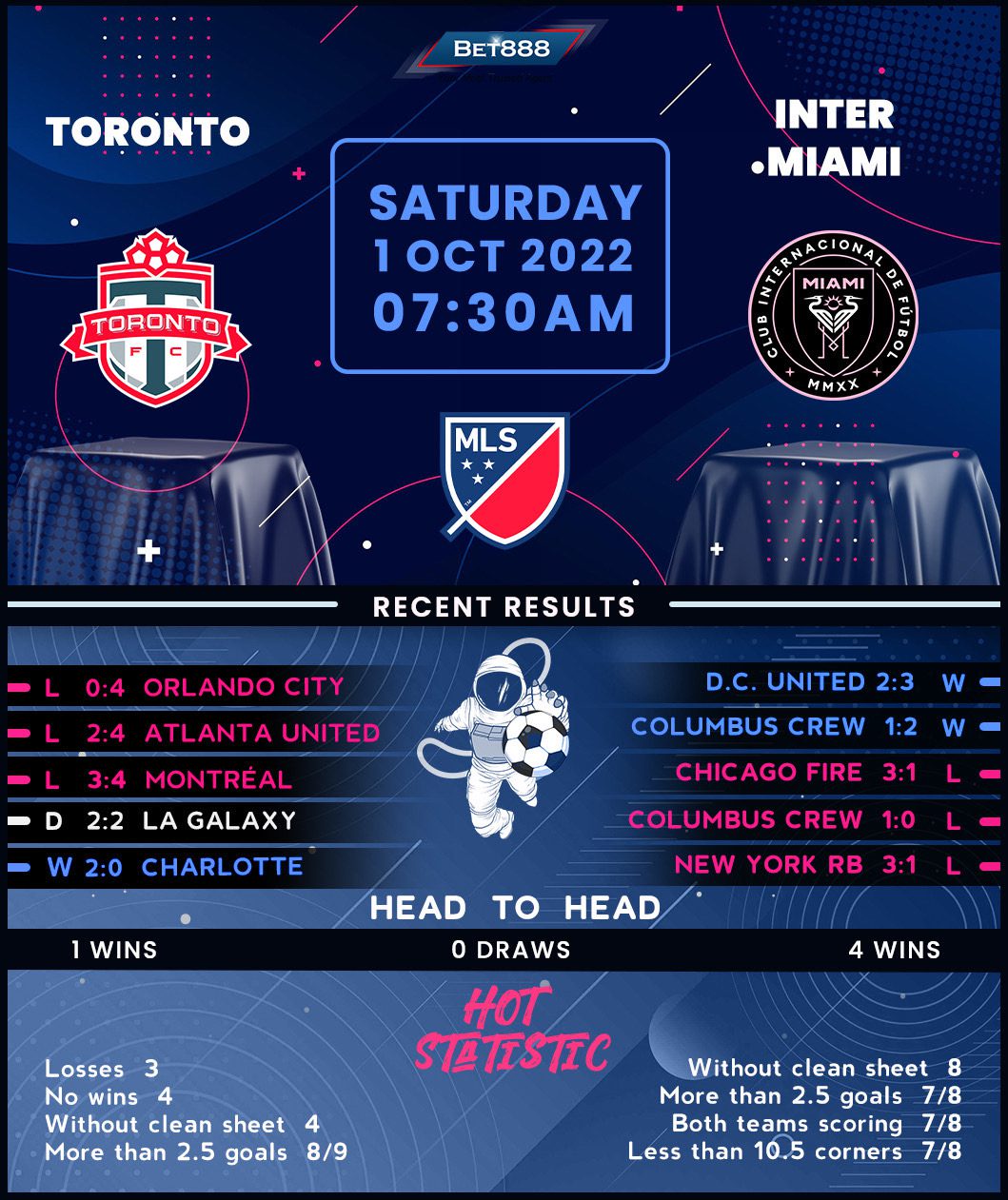