The 199th Derby della Mole played out between Torino and Juventus will take place at the Stadio Olimpico di Torino on Saturday night, with the hosts desperately looking to end a 7-game winless run against the arch-rivals.

Torino’s recent displays can boost fans hope of the Bulls beating Juventus for the first time since 2015, considering Walter Mazzarri’s players secured two wins while been held to two draws in their last four competitive games. However, the Maroons are struggling for consistency this season, as their indifferent home form (W3, D1, L3) saw them losing two out of their last five matches in front of the local crowd. Torino’s defensive frailties have cost them dearly so far, with Salvatore Sirigu keeping a clean sheet just once in his seven home appearances in the Italian top flight. Apart from weak defensive performance, Mazzari’s men are dealing with big problems in the final third, with Andrea Belotti and his fellow Torino teammates averaging 1.29 goals scored per match at home.

On the other hand, the reigning holders are enjoying another impressive Serie A campaign, as they currently top the table as the only unbeaten team in the Italian top flight. Even more, the Bianconeri have wrapped up a maximum of 21 points after their opening seven road games in the league, conceding just four goals in the run. Additionally, Massimiliano Allegri’s backline kept a clean sheet four times on their last five road trips, while the attack bagged at least two goals per match during the sequence. However, the Old Lady come into this meeting following a shock 2-1 loss to Young Boys in the final fixture of the Champions League group stage, which was their second failure in the last ten encounters across all competitions. 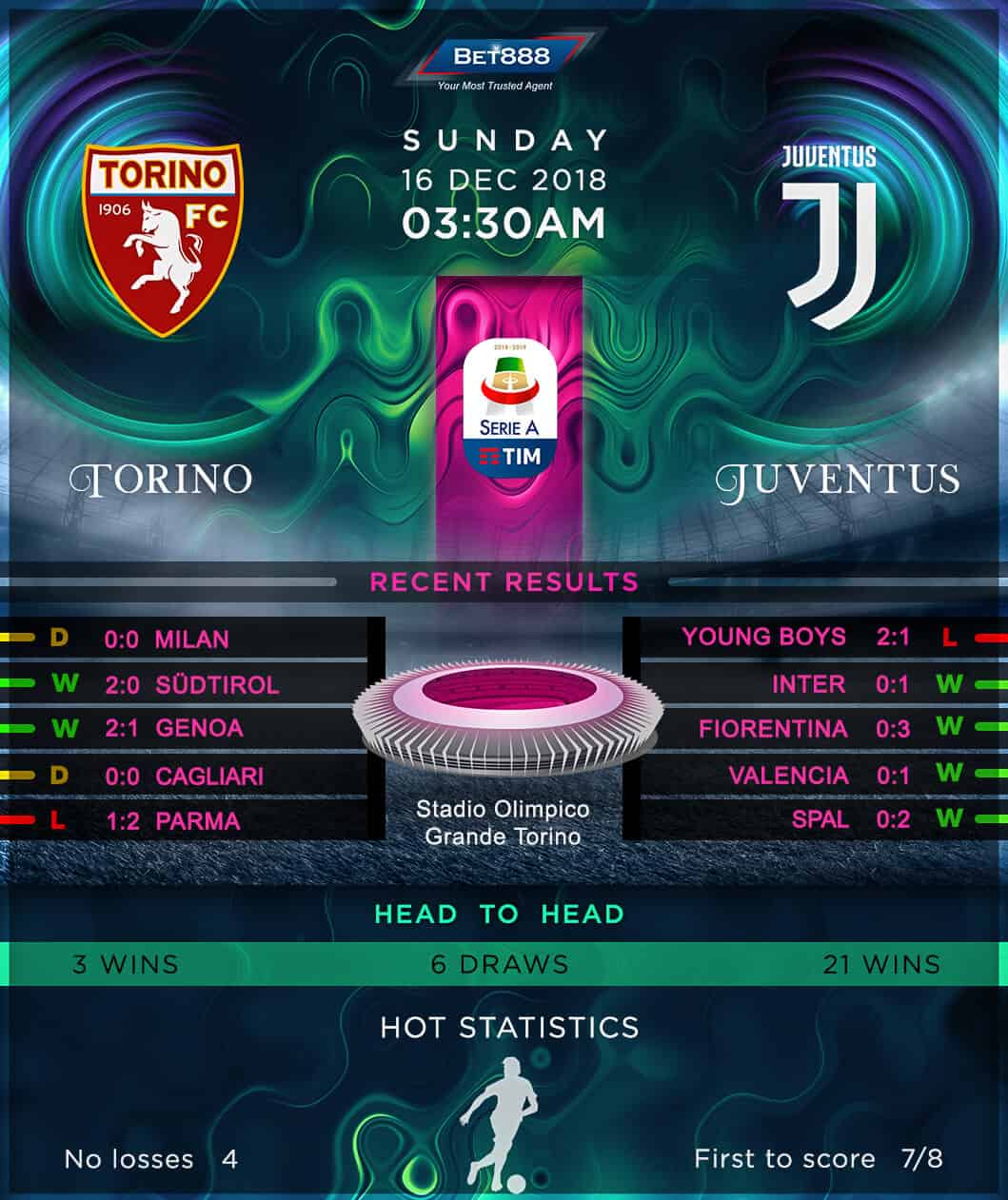