Torino will host AS Roma at the Stadio Olimpico di Torino following a 4-0 triumph over the Italian lower-league team Cosenza in the opening match of the new campaign as part of the Coppa Italia preliminary round. The Bull have out on the European football by six points last year despite some astonishing displays during the second half of the season, and the head coach Walter Mazzarri hopes to lead his team one step further now. During the preparation period, the Maroons have recorded four consecutive wins without conceding a single goal before losing 3-1 to Liverpool at Anfield, but team’s performance can encourage the home fans ahead of the exhausting season. On the other hand, the Giallorossi have featured in the International Champions Cup where they have managed to beat Barcelona by four goals to two while losing to Real Madrid and Tottenham Hotspur in the process. Before taking the trip to the United States, the Rome heavyweights have participated in two friendlies, against Latina and Avellino, recording a partial success, as they have defeated Latina 9-0, while Avellino managed to remain undefeated, pulling off a 1-1 draw.

Kevin Bonifazi, Vitalie Damascan, and the Brazilian defender Lyanco will all skip the encounter due to injuries for the home side, while the visitors should enter the game at full strength. 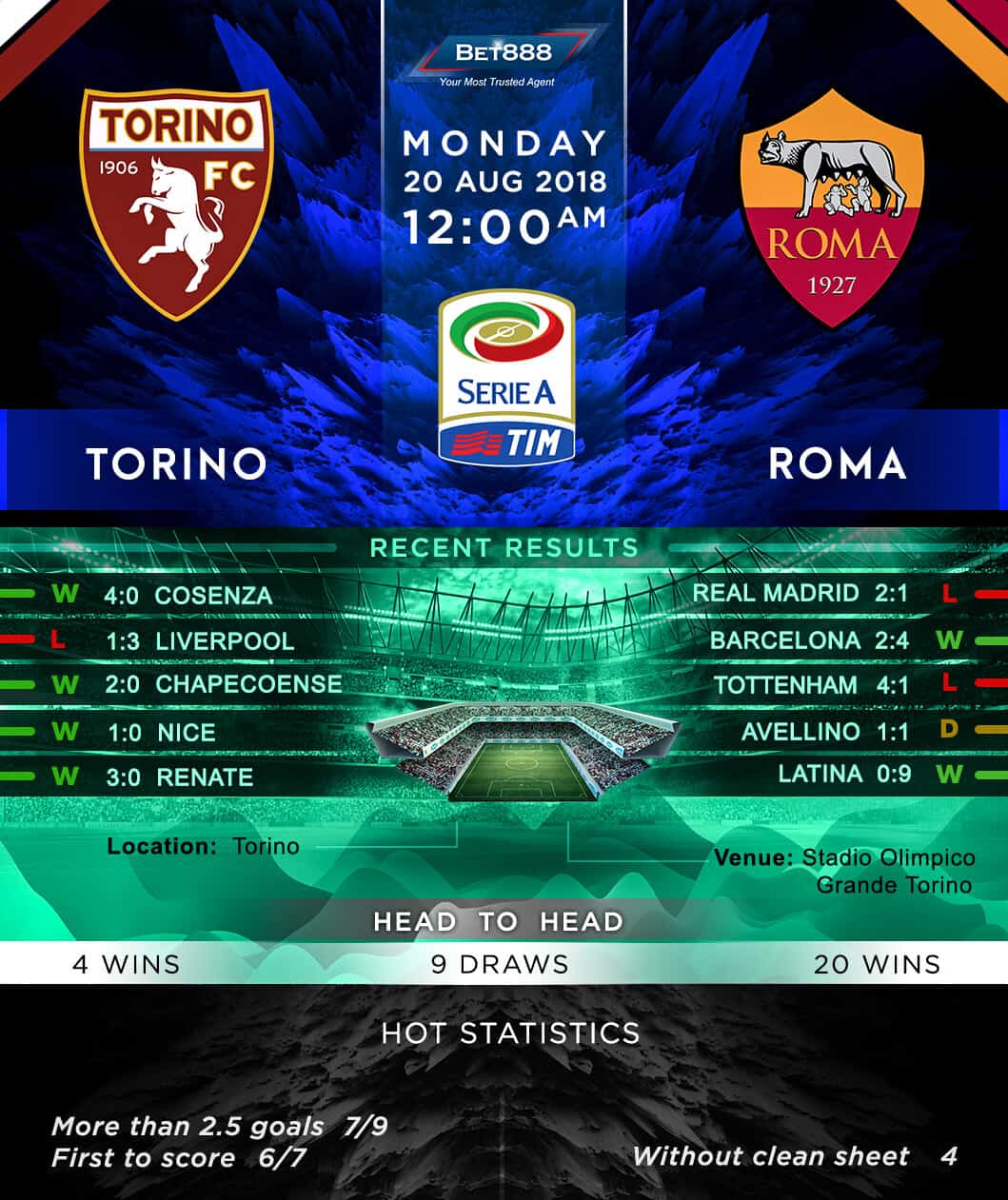