Two Asian national teams that failed to qualify for the 2018 World Cup in Russia are set to face each other at the Rajamangala Stadium in Bangkok, with Thailand ready to host China. Both sides have had a horrible qualifying campaign, as the War Elephants finished bottom in their respective qualifying group without a single victory and a disastrous -18 goal difference. As for China, they’ve trailed Syria by one point, which ultimately cost them a way to the playoff. Thailand managed to pull off two consecutive victories over Myanmar and Kenya following a nightmarish qualifying session, and they’ve also participated in the international friendly tournament called Kings Cup, where they defeated Gabon after penalties, but lost to Slovakia by three goals to two. On the other hand, the Dragon’s Team lost two straight friendlies to Wales and the Czech Republic before beating Myanmar 1-0.

It will be the third time in the last five years these two teams are playing against each other, with Thailand defeating China 5-1 in 2013 while losing by three goals to nil a year later.

Milovan Rajevac has introduced three overseas-based players, Kawin Thammasatchanan, Teerasil Dangda, and Chanathip Songkrasin in the squad, while Lippi decided to give a chance to some of the local-based youngsters. 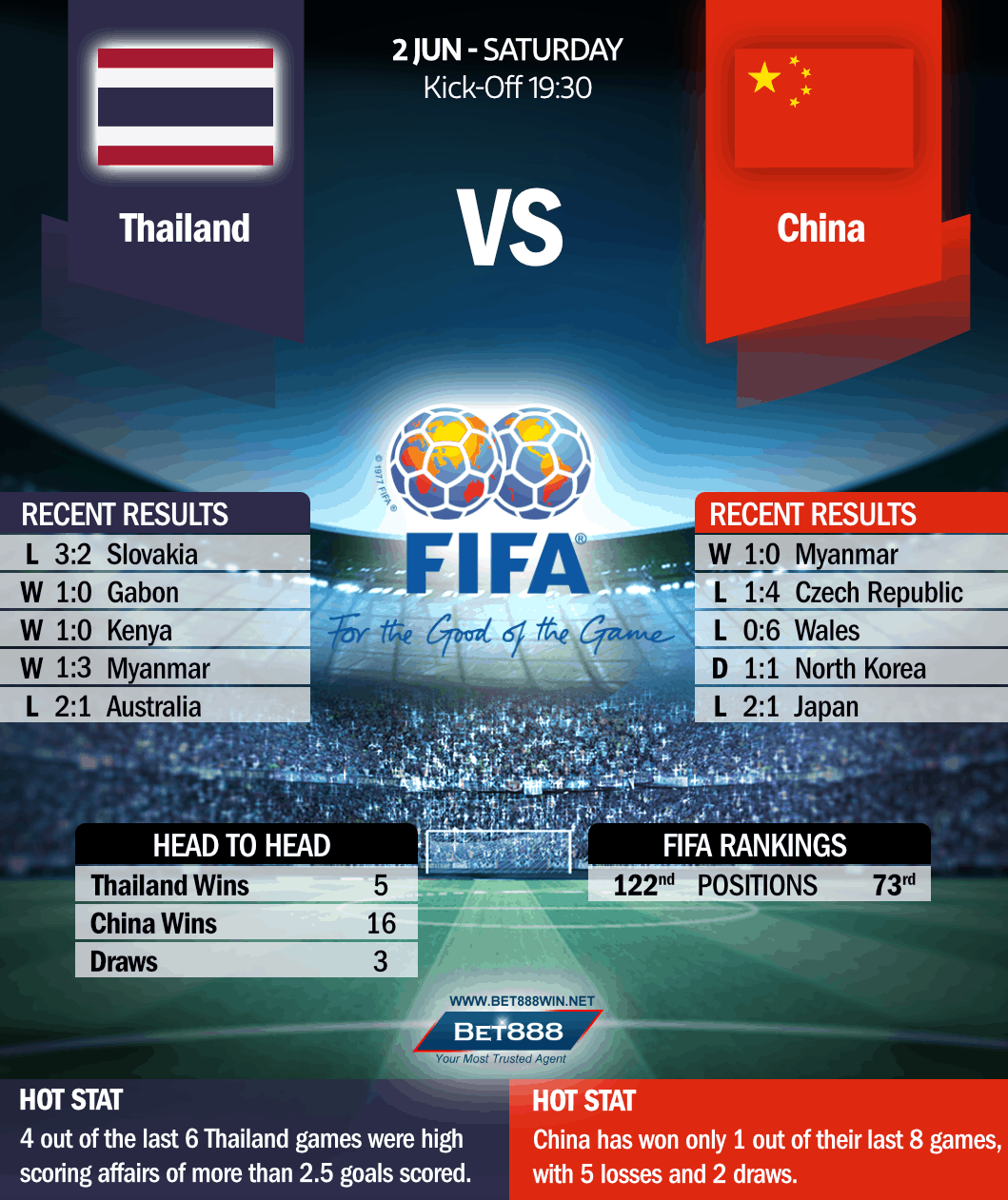