A few days after Switzerland managed to pull off a 1-1 draw against Spain on the road, the Nati will host Japan at the Stadio di Cornaredo in Lugano as a final part of their preparation period ahead of the 2018 FIFA World Cup. In 2018, Switzerland won two out of three friendlies following successful playoff battle with Northern Ireland that saw them secure their place in Russia. As for Japan, as one of the top national teams in Asia, the Samurai Blue didn’t have much of a trouble to advance to the World Cup after finishing top of their respective qualifying group ahead of Saudi Arabia. However, Akira Nishino’s team are yet to win a game this year, as they’ve lost two out of three friendly matches, to Ghana and Ukraine, only drawing 1-1 with Mali, and the former Nagoya manager looks to get his squad out of crisis before their trip to Russia.

It will be the second time in history these two teams face off each other, with Japan defeating the European side by four goals to three back in 2007.

After fielding his best line-up against the Red Fury, Vladimir Petković might look to try out some of those players who didn’t get a chance to play last weekend, while Japan should start at full strength. 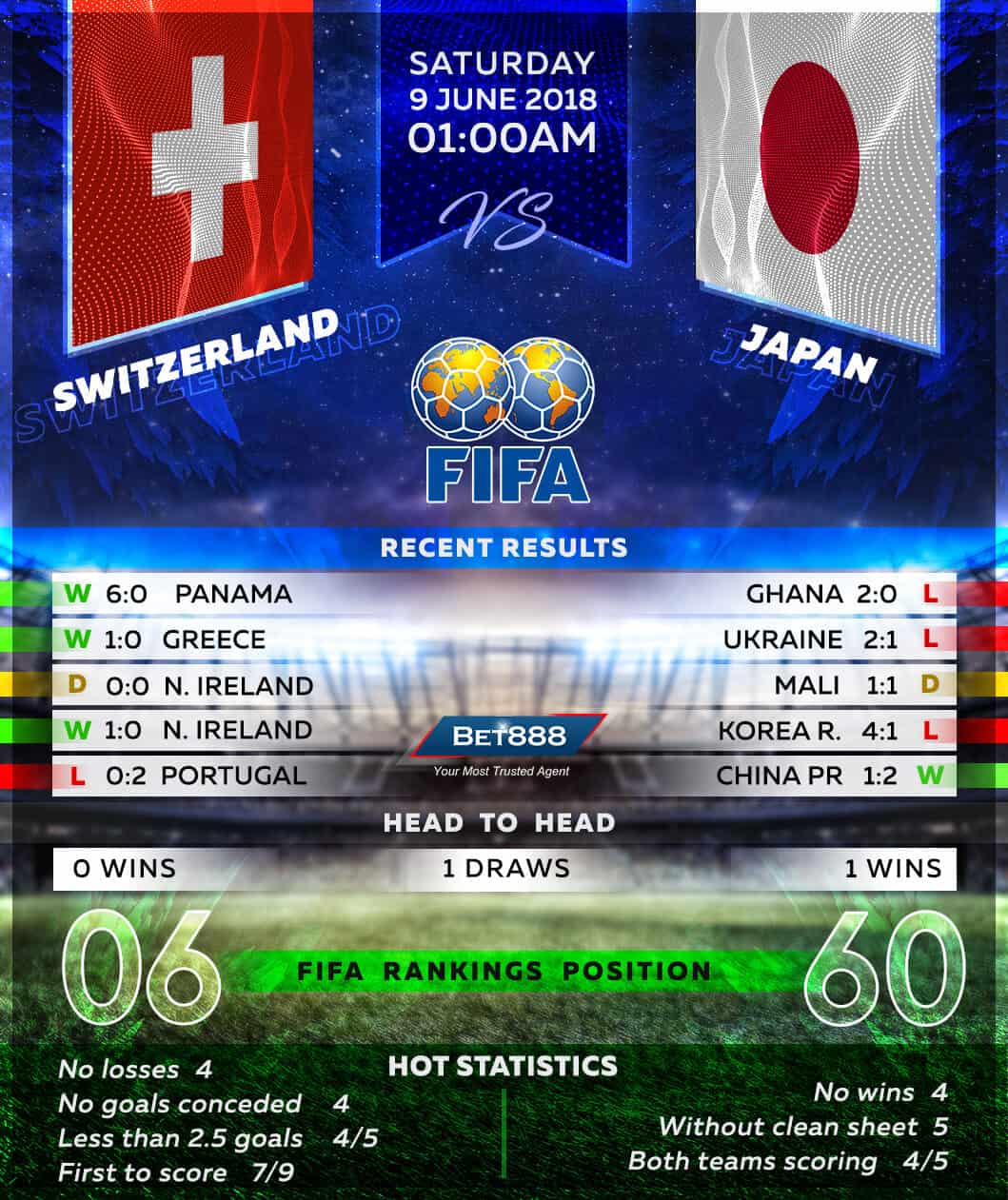