After a 2-0 defeat to Austria in a friendly match last week, Sweden will host Turkey at the Friends Arena in Stockholm in the UEFA Nations League Group B/2 opener.

The Blue-Yellows have had a quite successful World Cup experience since they’ve managed to go past the group stage eliminating Germany in the process, after which they outplayed Switzerland in the round of 16, securing a narrow 1-0 victory. However, they’ve stumbled upon England in the quarter-finals, suffering a comfortable 2-0 defeat that sent them back home empty-handed. The Scandinavians have left a great impression in Russia, and head coach Janne Andersson hopes to build a solid team based on the World Cup performance.

On the other hand, the Crescent-Stars have had a poor qualifying campaign that saw them finish fourth in their respective group behind the likes of Iceland, Croatia, and Ukraine, with Mircea Lucescu’s side barely discovering the way to achieve four wins out of ten qualifying matches. Meanwhile, in the warm-up period, Turkey have beaten Iran and the Republic of Ireland, while playing out three draws and suffering two defeats, and the former Shakhtar Donetsk manager seems unable to find the right balance and secure consistency within his ranks.

Andreas Granqvist, Ludwig Augustinsson, Albin Ekdal, and Marcus Berg are all expected to return to the starting line-up after being rested against Austria. As for the visitors, the two Premier League stars, Cenk Tosun and Caglar Soyuncu, have returned to the national team, as well as, AC Milan playmaker Hakan Calhanoglu and Galatasaray defender Serdar Aziz. 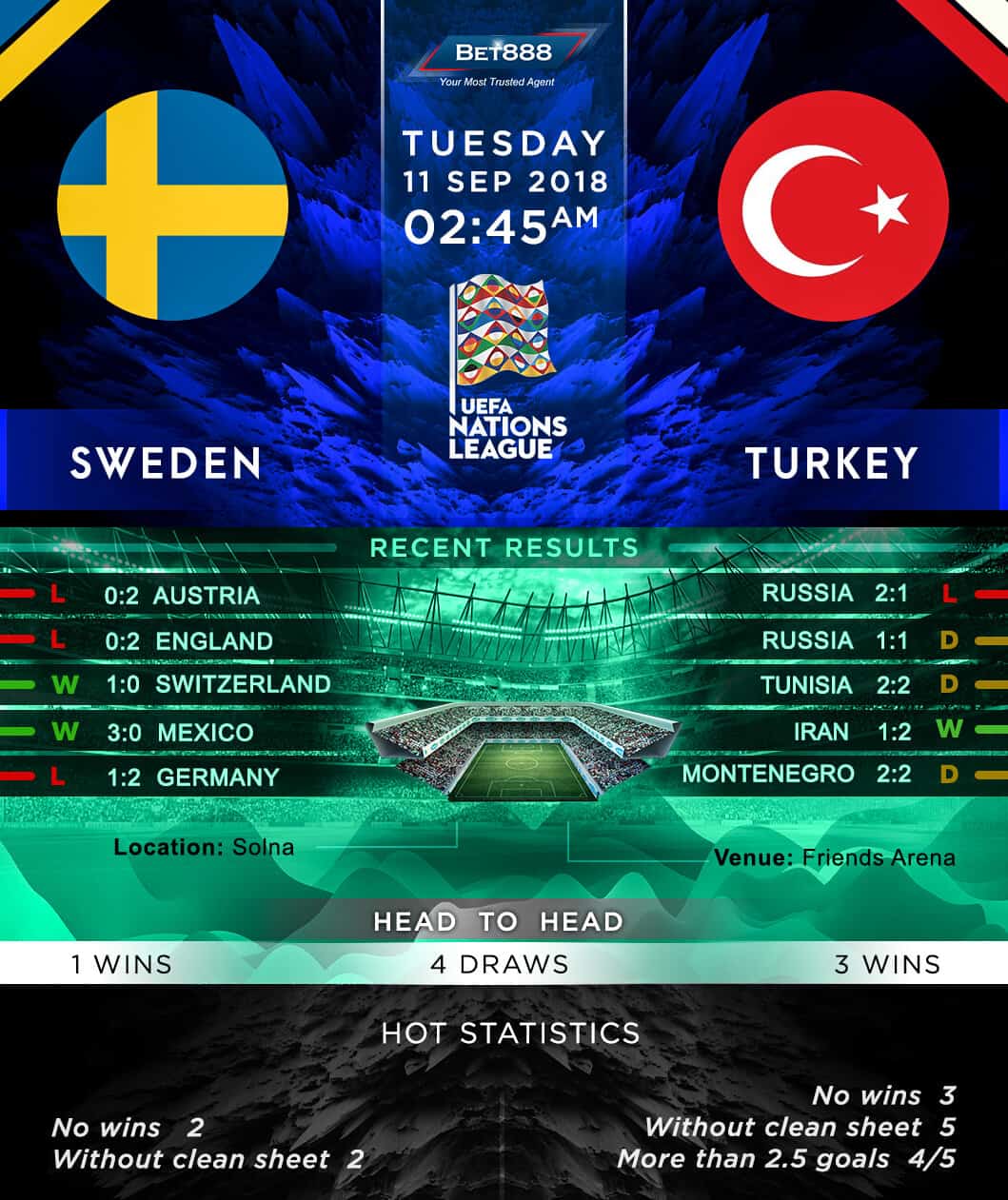