In the last match of the UEFA Nations League B, Group 2, Sweden will host Russia at the Friends Arena in Stockholm, hoping to achieve a victory of a minimum of 2-goal margin and take the first place in the group.

Thanks to a penalty kick converted by Andreas Granqvist, Sweden walked away from Yeni Eskisehir Stadyumu with a whole prey, thus closing the gap on Russia to three points. In the UEFA Nations Opener against Turkey at home, the Blue-Yellow have suffered a 3-2 defeat, after which they’ve played out a scoreless draw against the 2018 FIFA World Cup hosts. A narrow 1-0 triumph over the Crescent-Stars has brought Sweden’s 5-game winless streak to an end. Moreover, it was Janne Andersson’s first win after the World Cup, where his players failed to go past England in the quarter-finals.

On the other hand, the Sbornaya are the only undefeated team in their respective group, as they’ve outplayed Turkey in both encounters while having been held to a 0-0 draw to Sweden. After the promising performance at the World Cup, where they’ve managed to defeat Spain in the round of 16 before suffering a painful elimination to Croatia on penalties, Stanislav Cherchesov’s players have maintained a good form in the following period. However, Russia’s 4-game lossless streak was ended last week, when Germany crashed them by three goals to nil in a friendly challenge. Still, all they have to do in the next meeting to keep the leading spot is to avoid failure. 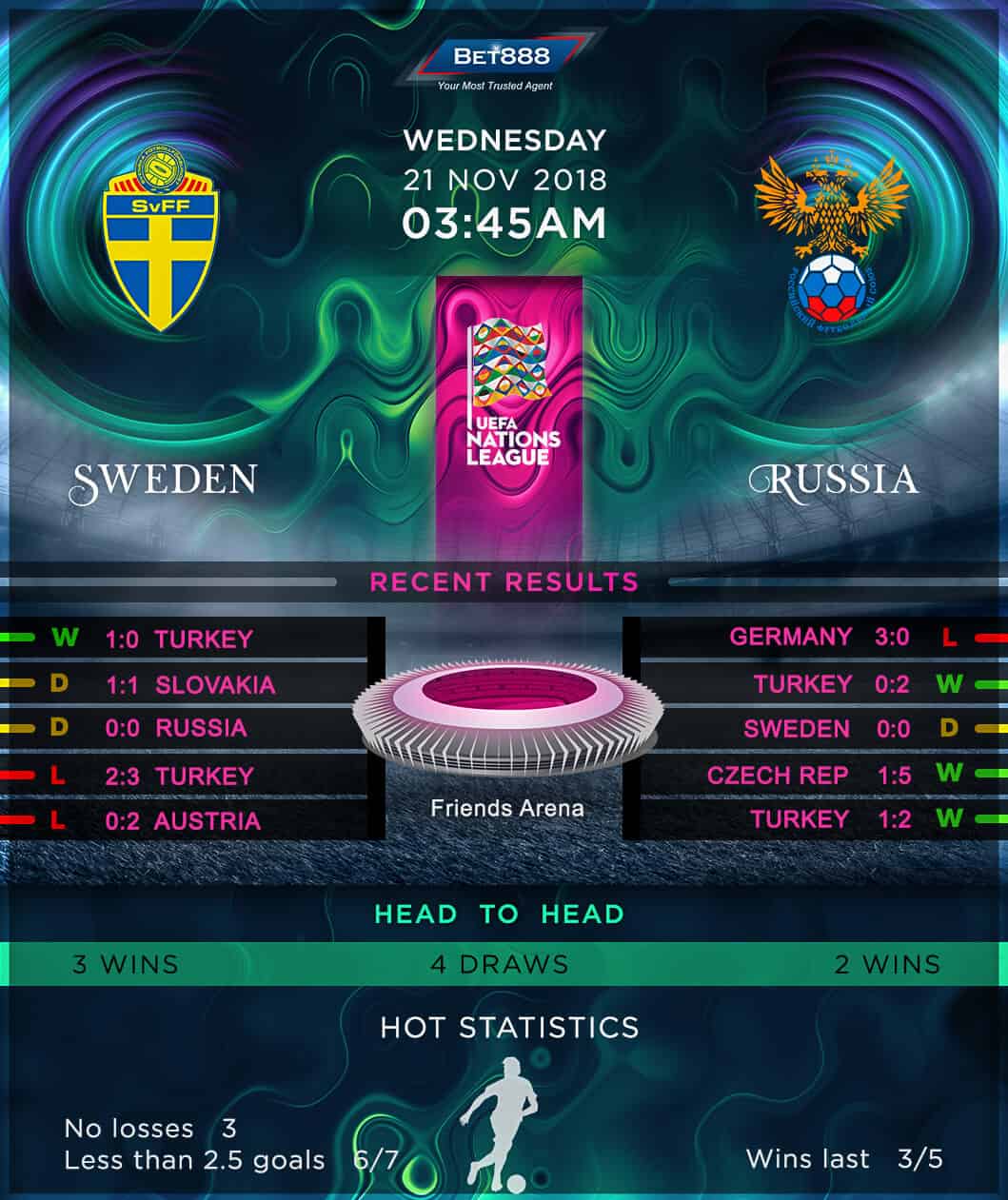