The two sides that eventually ended up at the World Cup through the playoff are set to face off each other at the Ullevi Stadium in Goteborg, with Sweden ready to host Peru in their final warm-up game ahead of a trip to Russia. After preventing Italy to get to the World Cup, Sweden’s form dropped a bit since they’ve won just one out of five matches they’ve played this year,losing Chile and Romania in the process. On the other hand, Peru, who miraculously found their way to Russia through the inter-confederation playoffs, principally due to Chile’s massive loss in the last encounter of the qualifiers, have notably improved their game in 2018 considering they’ve won all four games this year. The Blue-Yellow played out a 0-0 draw with the neighbors, Denmark, last weekend, while La Blanquirroja defeated Saudi Arabia by three goals to nil.

It will be the first time ever these two sides face off each other, with Los Incas defeating Croatia, Scotland, and Iceland this term, demonstrating they know how to play against the European teams.

After skipping the entire game against the Danish Dynamite, Krasnodar’s Viktor Claesson and Alaves’ John Guidetti should start the match for the home side, while Ricardo Gareca might field both of his top stars, Jefferson Farfan and Paolo Guerrero, from the first minute. 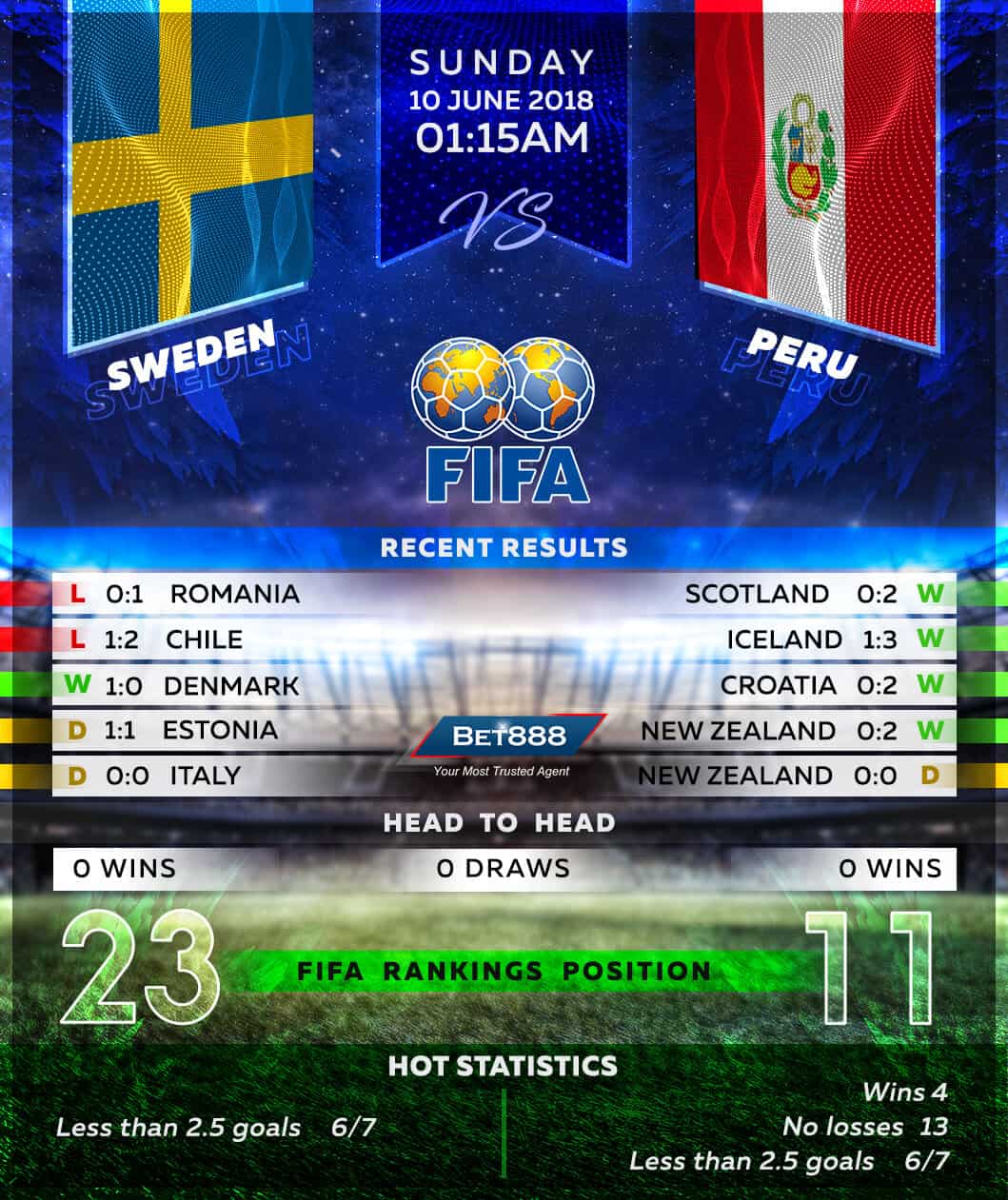