An unfortunate Tom Davies’ goal in the 95th minute has taken away two points from Southampton last weekend at the Goodison Park that could prove costly for the Mark Hughes’ team, who are now set to face off Swansea City at the Liberty Stadium hoping to avoid defeat and secure the Premier League status for another season. The Saints have had huge expectations at the beginning of the current Premier League campaign, but a sloppy defending and extensive attacking problems have led them to the relegation zone. As for the Swans, they are in the similar situation, considering they’ve failed to show the quality and stability throughout the season often struggling in the final third. Both sides are going through a rough period, especially the home team, who failed to win in their last seven games in the league, losing four times in the process. Southampton’s last away victory in the EPL dates back to February, since then, they’ve lost four out of seven matches on the road.

Wilfried Bony and Leroy Fer are both ruled out with injuries for the Welsh side, while Steven Davis won’t be playing for the visitors, as he is yet to return to full fitness. 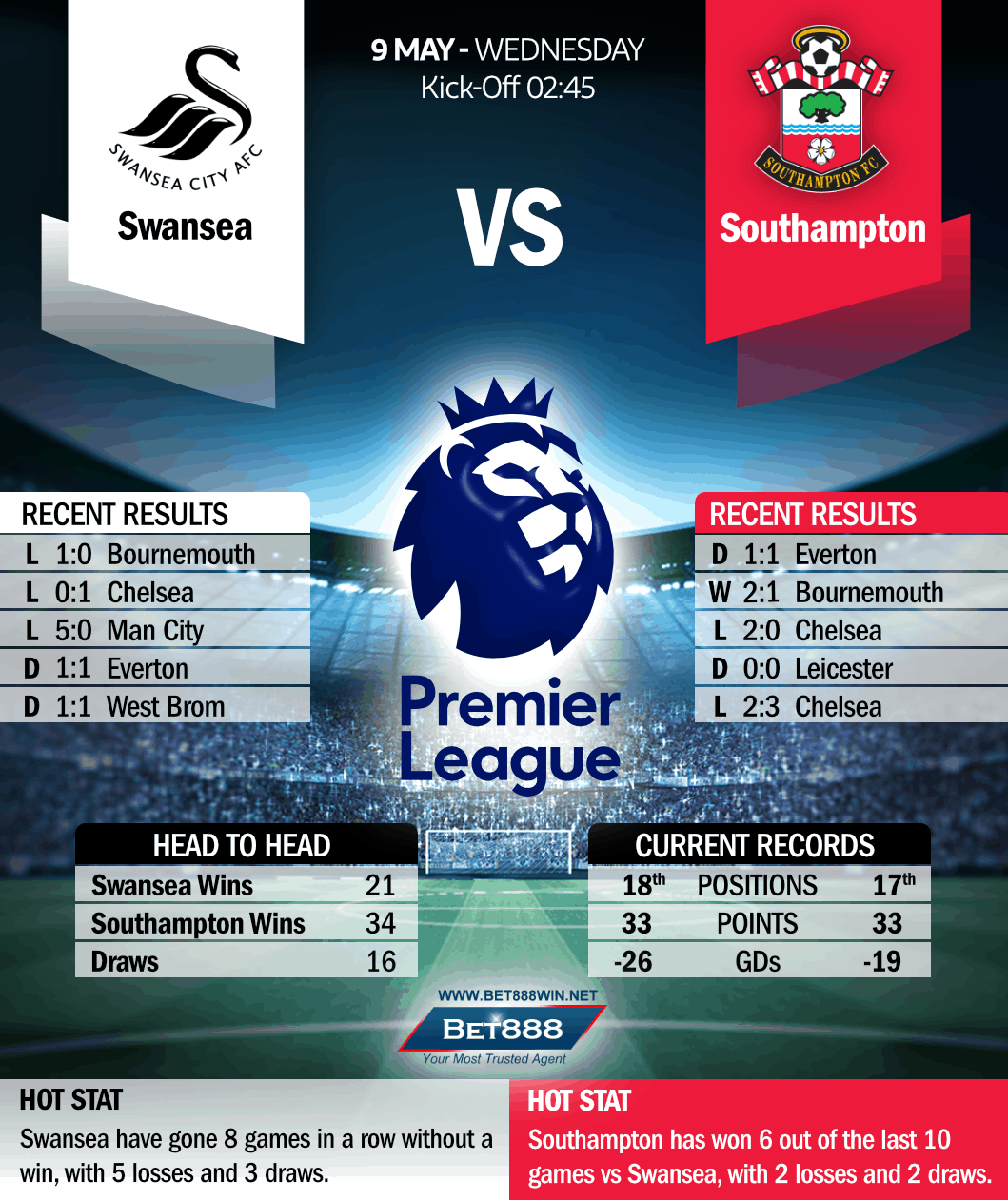