The Bundesliga clash between Stuttgart and Borussia Dortmund that shall take place at the Mercedes-Benz Arena will see the bottom-placed team facing off against the leaders.

Although the Swabians had a decent domestic campaign last year, they seem to have lost the compass this season. With a record of one win, two draws, and four defeats, they are nailed to the bottom of the table along with Fortuna Dusseldorf and Hannover 96. The Reds are among the worst defensive sides in the league, having kept a clean sheet only once in the opening seven fixtures. Moreover, they also have a weak attacking record, considering they’ve failed to score on four occasions so far.

On the other hand, the Black and Yellows are having a majestic season under Lucien Favre, as they currently top Bundesliga table, as the only undefeated team in the league. Additionally, Die Borussen clinched four straight victories before the international break, including the one against AS Monaco in the Champions League. However, the BVB’s principal problem this year is their away form, as they’ve only outscored Bayer Leverkusen following an impressive second-half comeback while playing out two draws with Hannover and TSG Hoffenheim.

Markus Weinzierl won’t have Anastasios Donis and Jan Kliment at his disposal, with Dennis Aogo, Marc-Oliver Kempf, and Alexander Meyer all experiencing some physical problems and might have to skip the encounter. Meanwhile, Marco Reus won’t be playing for the visitors, while Shinji Kagawa, Marcel Schmelzer, and Christian Pulisic could recover before the weekend’s showdown. 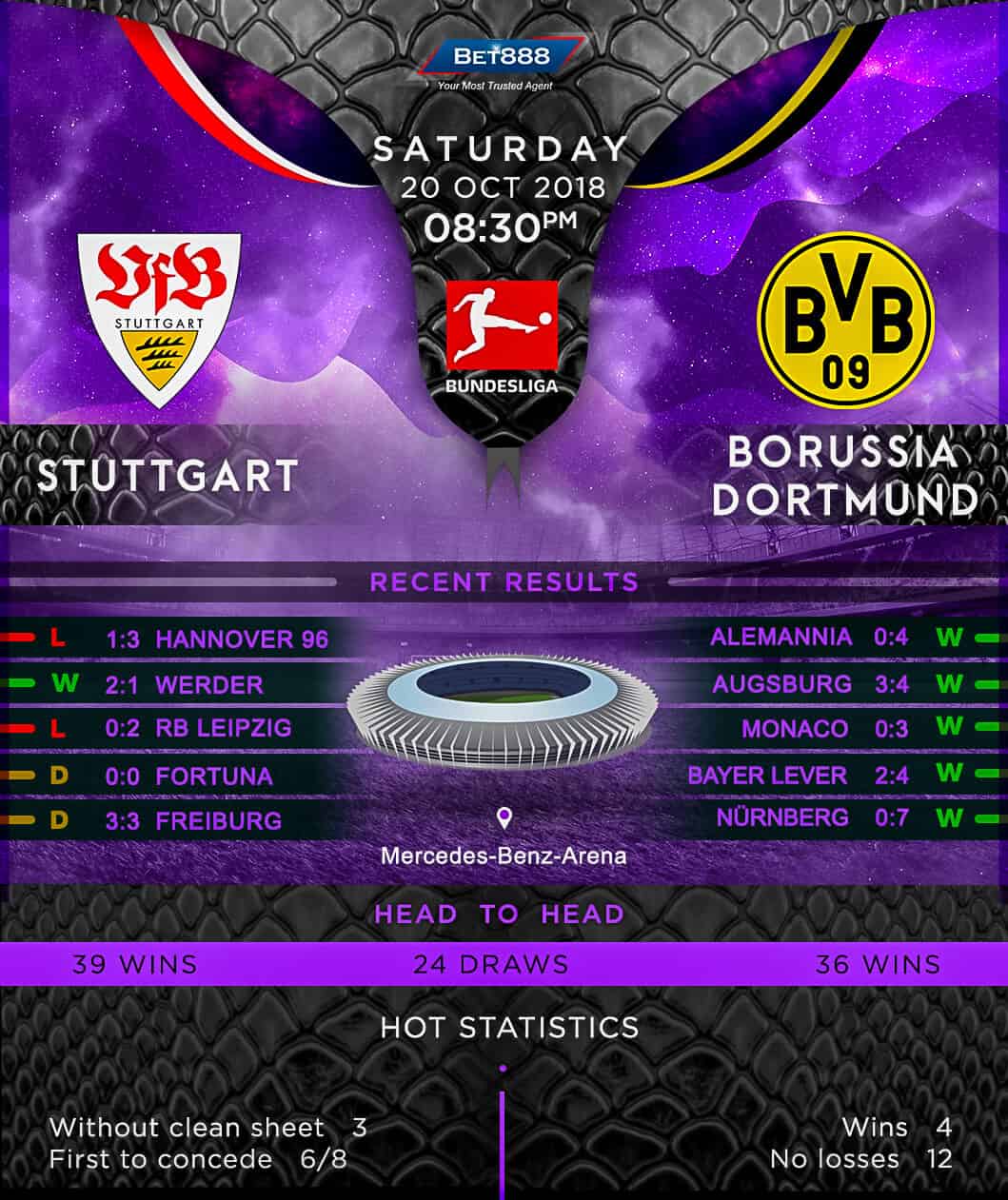