Standard Liege will host Sevilla at the Stade Maurice Dufrasne desperately hoping to wrap up all three points which would see them retaining their chances of advancing to the Europa League knockout stage.

With a record of two wins and two losses, the Belgium outfit sit third in Group J, with a 3-point deficit to Sevilla and Krasnodar. The Reds have suffered a humiliating 5-1 defeat to the Andalusians on the opening matchday, after which they have clinched two consecutive wins over Akhisar Belediye and Krasnodar, both with the identical 2-1 scoreline. However, Michel Preud’homme’s players have lost their last European clash to the Russian side on the road. Although they’ve managed at least one goal in all four group stage clashes, the hosts have struggled to keep a clean sheet, as only three sides conceded more goals than Standard this campaign.

On the other hand, the visitors have clinched three wins in their opening four games in the Europa League, which has seen them score a minimum of two goals in the run. The only time Los Hispalenses failed to secure a positive outcome was against Krasnodar on the road although they had a 1-goal lead 20 minutes before the final whistle. With 15 goals struck so far, Los Rojiblancos have the best goalscoring record in the competition, while their 6-0 triumph over Akhisar remains the highest victory in this year’s Europa League edition. But, Pablo Machin’s men are yet to avoid conceding a goal in Europe although they’ve racked up three clean sheets in their last five competitive matches. 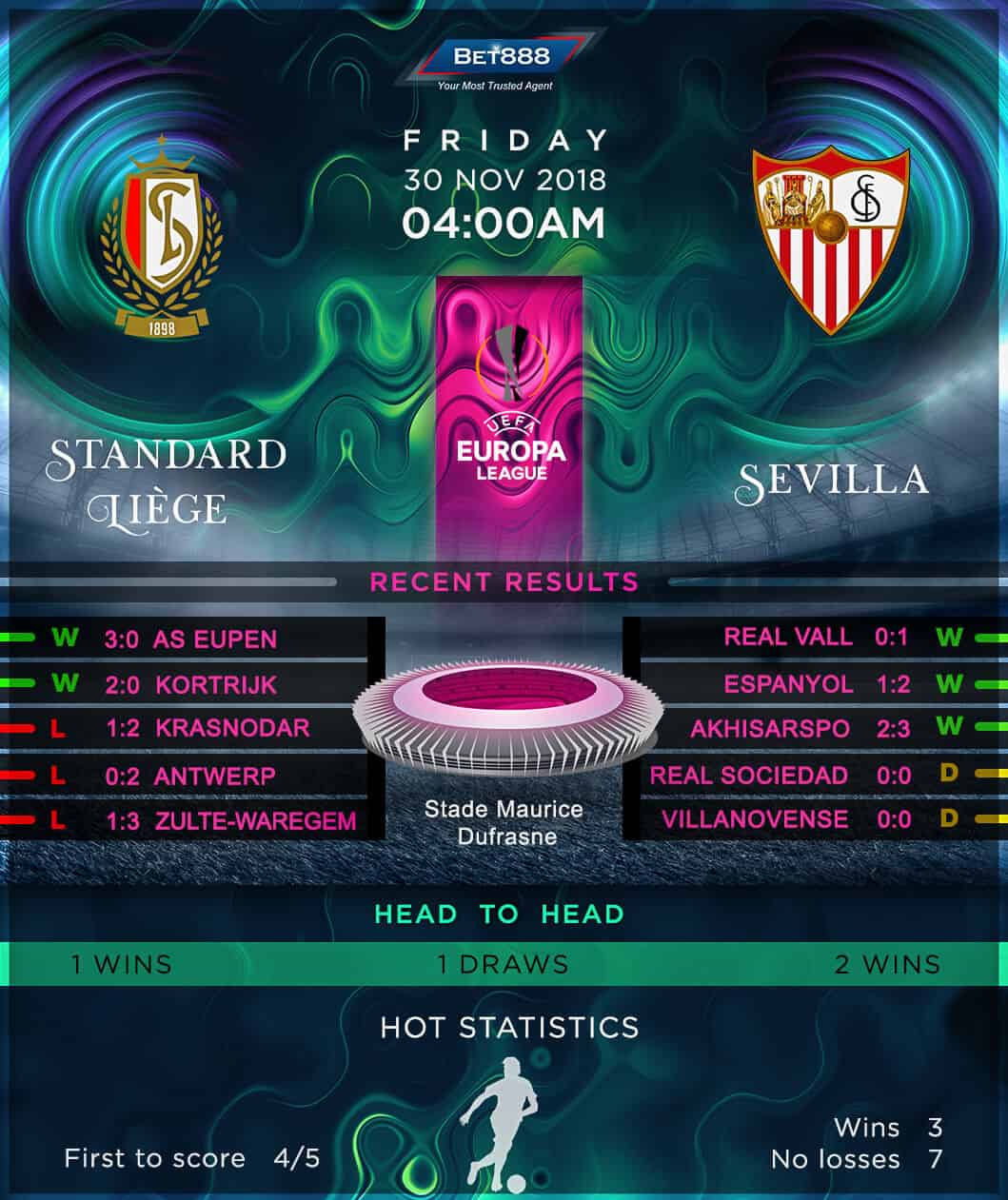