The two top teams of the Europa League Group E are set for a face-to-face encounter at the Estadio Jose Alvalade, with Sporting Lisbon looking to take on Arsenal.

After a promising start of the season, the Lions have struggled to keep continuity, having lost two out of the previous three league matches, as they now trail Benfica by four points in the Portuguese Primera Liga. However, the Green and Whites have defeated Qarabag and Vorskla Poltava in the first two Europa League rounds, scoring four and conceding one goal in the process. Meanwhile, Jose Peseiro’s side played a total of five home matches in all competitions so far, having won all five, while keeping a clean sheet three times.

On the other hand, the Gunners have been impressive this season under Unai Emery. Although they’ve started the season off on the wrong foot, having lost two opening Premier League games to Manchester City and Chelsea, the London side wrapped up ten successive victories in all competitions, including the one against Leicester City earlier this week. With a record of two wins and a +5 goal difference, the 13-time Premier League winners currently top Group E, and an eventual triumph over the Portuguese giants would see them making a clear margin.

Jeremy Mathieu, Bas Dost, Emiliano Viviano, Wendel, and Luis Maximiano are doubts, as all are struggling with injuries. As for the visitors, Petr Cech, Laurent Koscielny, and Sokratis won’t take a trip to Portugal with the rest of the squad, as all are yet to return to full fitness. 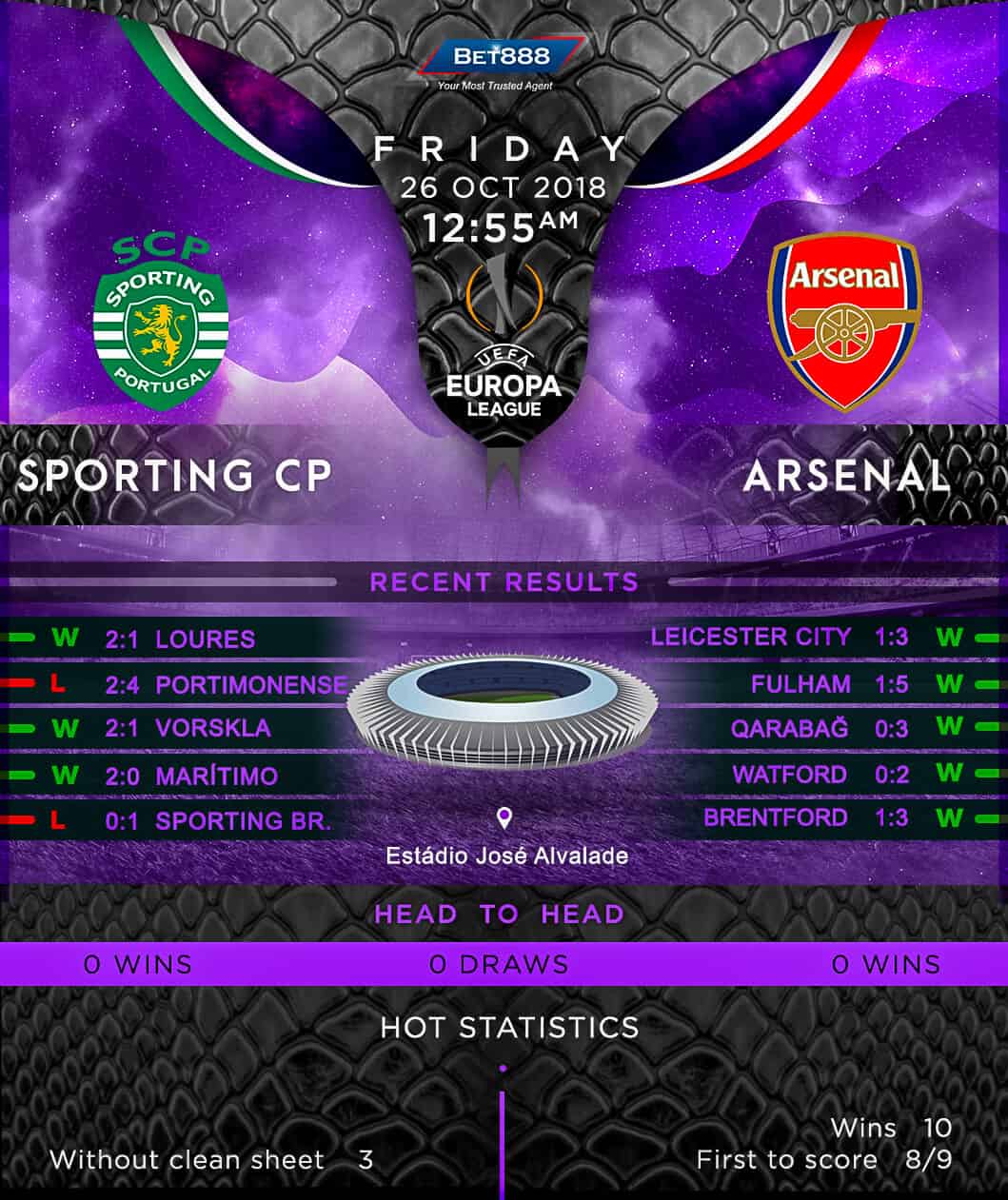