After a disappointing 1-0 defeat to Cagliari at home, Atalanta will travel to Ferrara, where they are going to face SPAL at the Stadio Paolo Mazza.

The White-Blues have so far achieved two narrow 1-0 triumphs, over Bologna on the road and Parma at home, while they suffered a 1-0 loss to Lazio before the international break. Before the official Serie A kick-off, Leonardo Semplici’s side eliminated Spezia in Coppa Italia, thus making a perfect start of the season. The Emilia-Romagna-based club seems to have learned from their last year’s mistakes, as they are comfortably cruising towards the middle of the table, which would be a tremendous success for a team with such a weak roster.

On the other hand, the Goddess’ start of the season is everything but impressive. Although Gian Piero Gasperini’s team swept Frosinone aside with a commanding 4-0 victory on the opening matchday, an elimination in the Europa League playoff round by FC Copenhagen and a 3-3 draw with Roma at the Stadio Olimpico, where they had a 2-goal lead on the half-time break, showed the Black and Blues are yet to overcome last year’s problems.

The aging striker Sergio Floccari and the talented defender Kevin Bonifazi are set to miss the encounter for the hosts due to injuries, while Marco Varnier won’t be at Gasperini’s disposal after rupturing the anterior cruciate ligament. 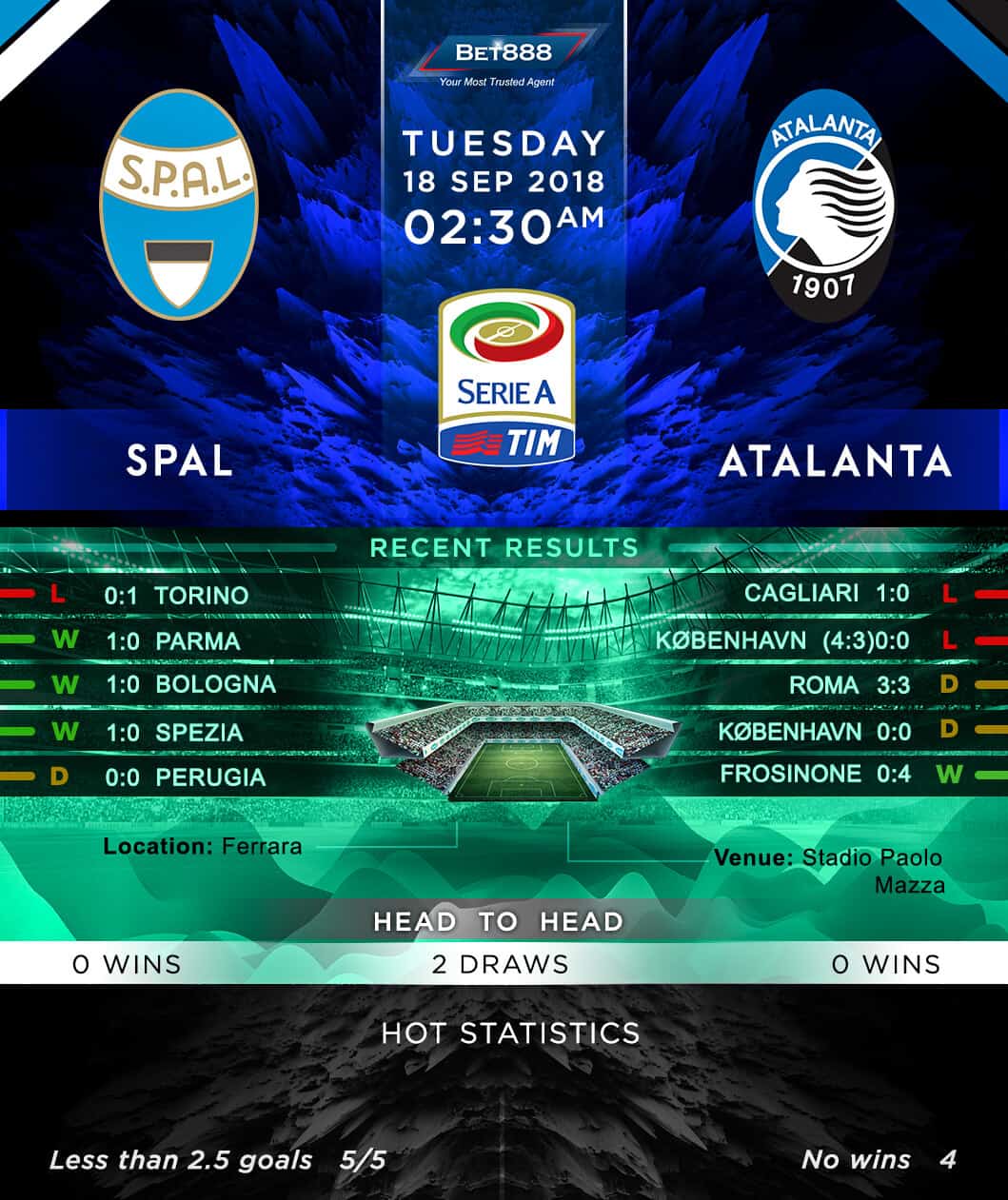