La Romareda is the venue as Spain and Switzerland meet in contrasting circumstances in the penultimate 2022/23 Nations League round.

The future looks bright from Spain’s point of view heading into the Qatar World Cup, with their last international defeat dating over 12 months ago (W6, D2). Head coach Luis Enrique will be pleased to know his men kept five clean sheets in their six victories in that stretch, including a 2-0 home triumph over the Czech Republic in their most recent Nations League outing. After drawing their opening two Group A2 matches, the Spaniards have racked up back-to-back wins ‘to nil’ to move to the top of the group. But with second-placed Portugal only one point behind, there’s no room for complacency in La Furia Roja’s camp as they aim to extend their five-game unbeaten H2H run (W2, D3), including friendlies.

In the meantime, visiting Switzerland claimed a morale-boosting 1-0 home victory over Portugal last time out, but it may be too little too late for the ‘Nati.’ After suffering three defeats in their opening three Group A2 games, including a 1-0 home defeat in the reverse fixture, Murat Yakin’s lads head into proceedings nailed to the bottom of the section. Yet a single-point deficit on the third-placed Czechs is well within reach in the final two matchdays. However, the visitors have many reasons for concern. One of them is their underwhelming form in 2022, which has seen them lose four out of six internationals (W1, D1) while scoring more than once on just one occasion. On top of that, Switzerland are winless in their last four away games (D1, L3). 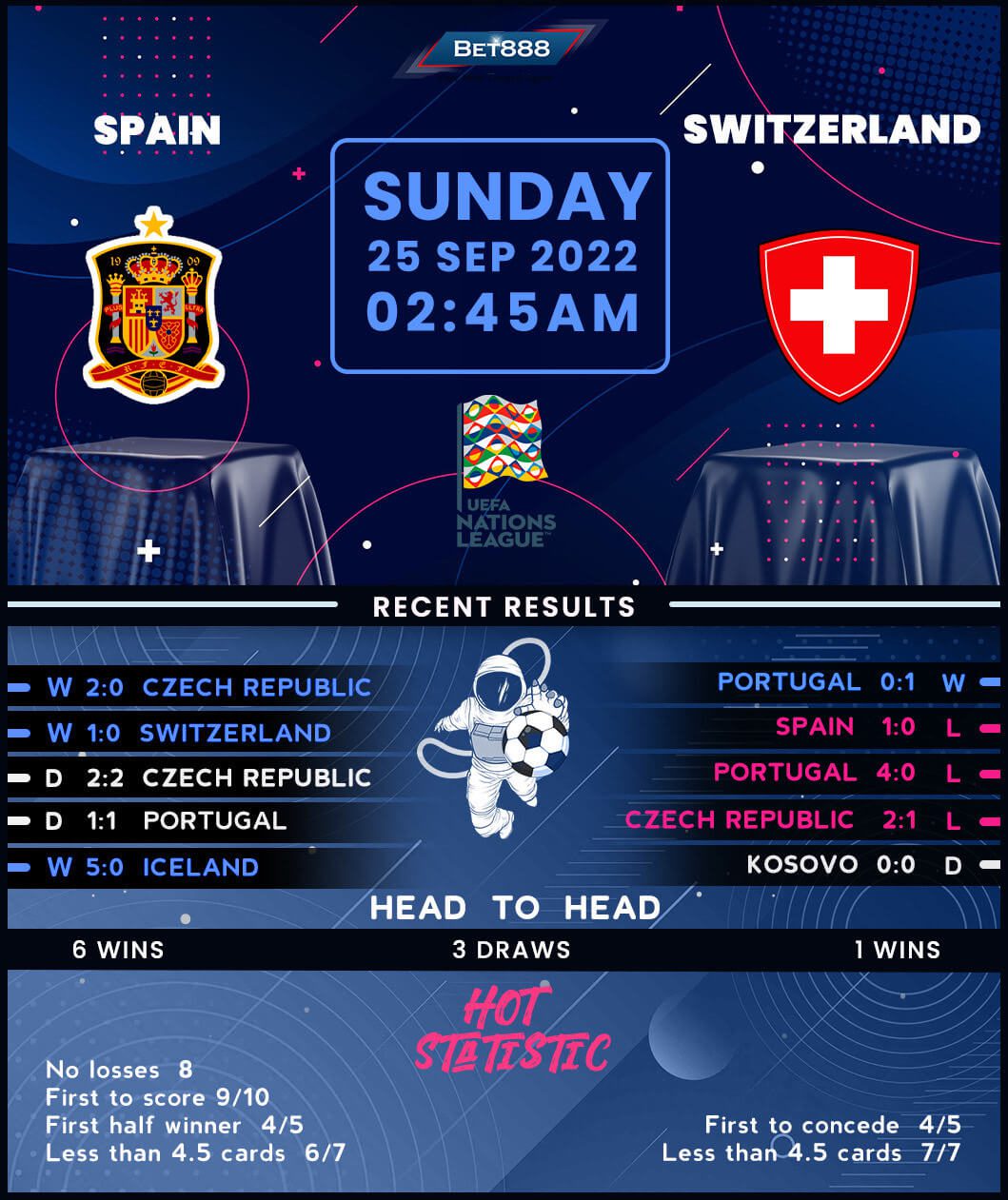