At the Estadio de la Ceramica in Villarreal, Spain will host Switzerland as part of their final preparations for the World Cup final tournament. One of the most dominant selections in European qualifications have finished top of their group with a stunning +33 goal difference, as they try to regain the World Cup title this summer. After a remarkable qualifying campaign, the Red Fury faced Costa Rica and Russia in friendlies, defeating the CONCACAF side by five goals to nil and drawing 3-3 with the World Cup hosts. In 2018, Julen Lopetegui’s team demolished Argentina 6-1 while playing out a 1-1 draw with the defending World Champions, Germany. On the other hand, the Nati barely managed to find their way to Russia thanks to a narrow 1-0 win on aggregate over North Ireland in the playoff. In 2018, Switzerland faced off Panama and Greece, securing two victories without conceding a goal, but the game against Spain will be their most challenging test ahead of their trip to Russia. It will be the first time since the 2010 World Cup in South Africa these two sides are facing each other.

Lopetegui’s decision to expulse Cesc Fabregas, Alvaro Morata and Marcos Alonso from the World Cup squad has surprised many football experts, but the Red Fury will have a quite competitive team for the match against Switzerland, who will also be at their full strength. 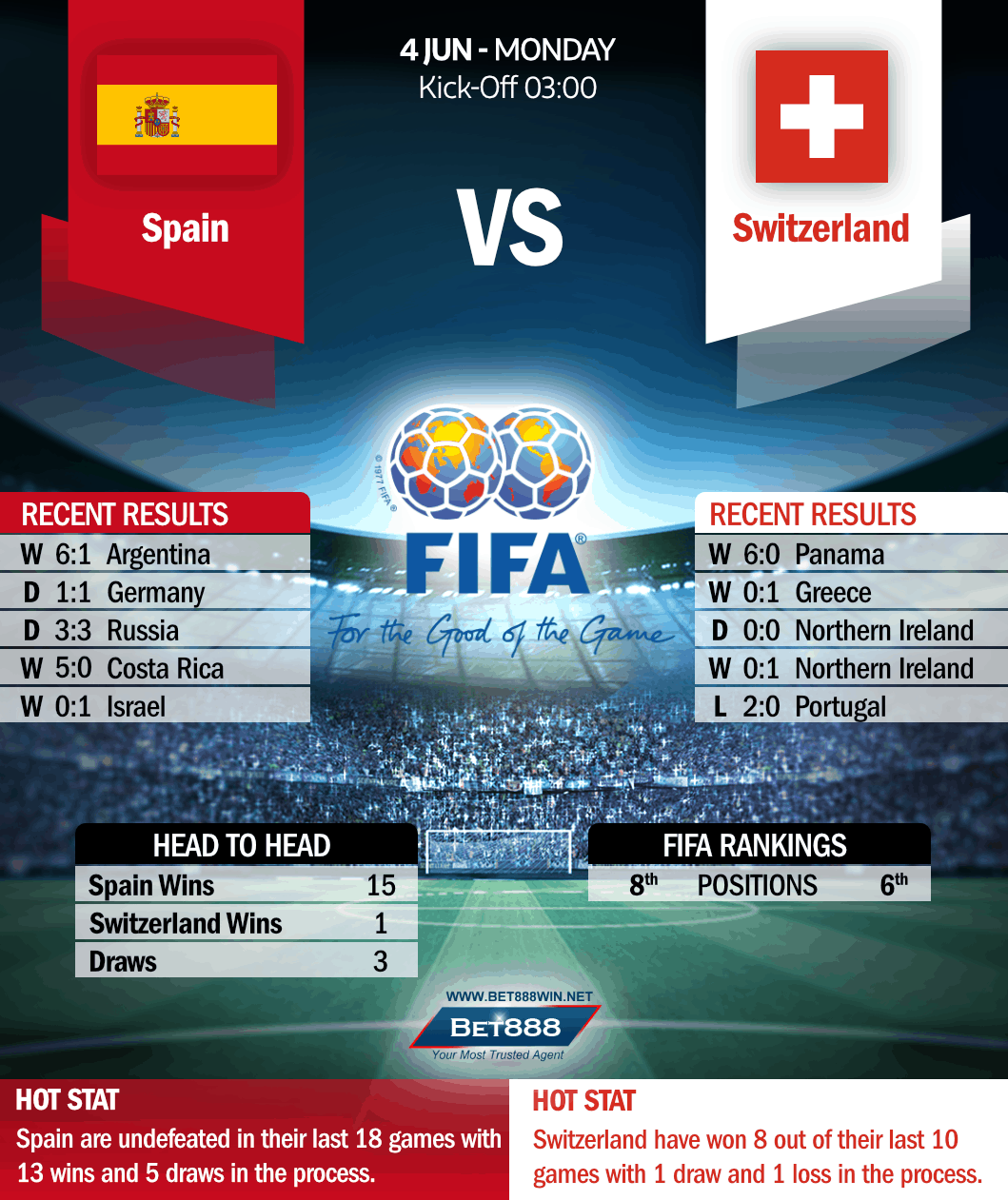