Spain and Bosnia and Herzegovina will face-off against each other in a friendly meeting at the Estadio de Gran Canaria in Las Palmas, as the hosts hope to end a 2-game losing streak.

Although Luis Enrique had a promising start after taking charge of the national team, former Barcelona boss is now facing the same problems Spain had in Russia. The Red Fury have displayed some outstanding football in the post-World Cup period having clinched three straight wins. The 2010 World Cup winners have defeated England 2-1 on the road before hammering Croatia by six goals to nil at home. Moreover, Enrique’s players have scored four goals against Wales in a friendly challenge to announce their comeback. However, the pair of failures against the Three Lions and Blazers in the past two games have seen David De Gea conceding six goals.

On the other hand, thanks to a 0-0 draw with Austria a few days ago, the Dragons have managed to remain on top of the Nations League Group B/3 as the only undefeated team. Before the aforementioned scoreless tie, the Golden Lilies have secured three straight competitive triumphs, having outplayed Northern Ireland twice, while beating Austria at home in the process. Moreover, Robert Prosinecki’s players are unbeaten in the past nine matches, mainly thanks to their amazing defensive displays. Bosnia and Herzegovina have kept a clean sheet seven times in the previous nine encounters although it’s fair to say they’ve failed to find the back of the net on four occasions during that period. 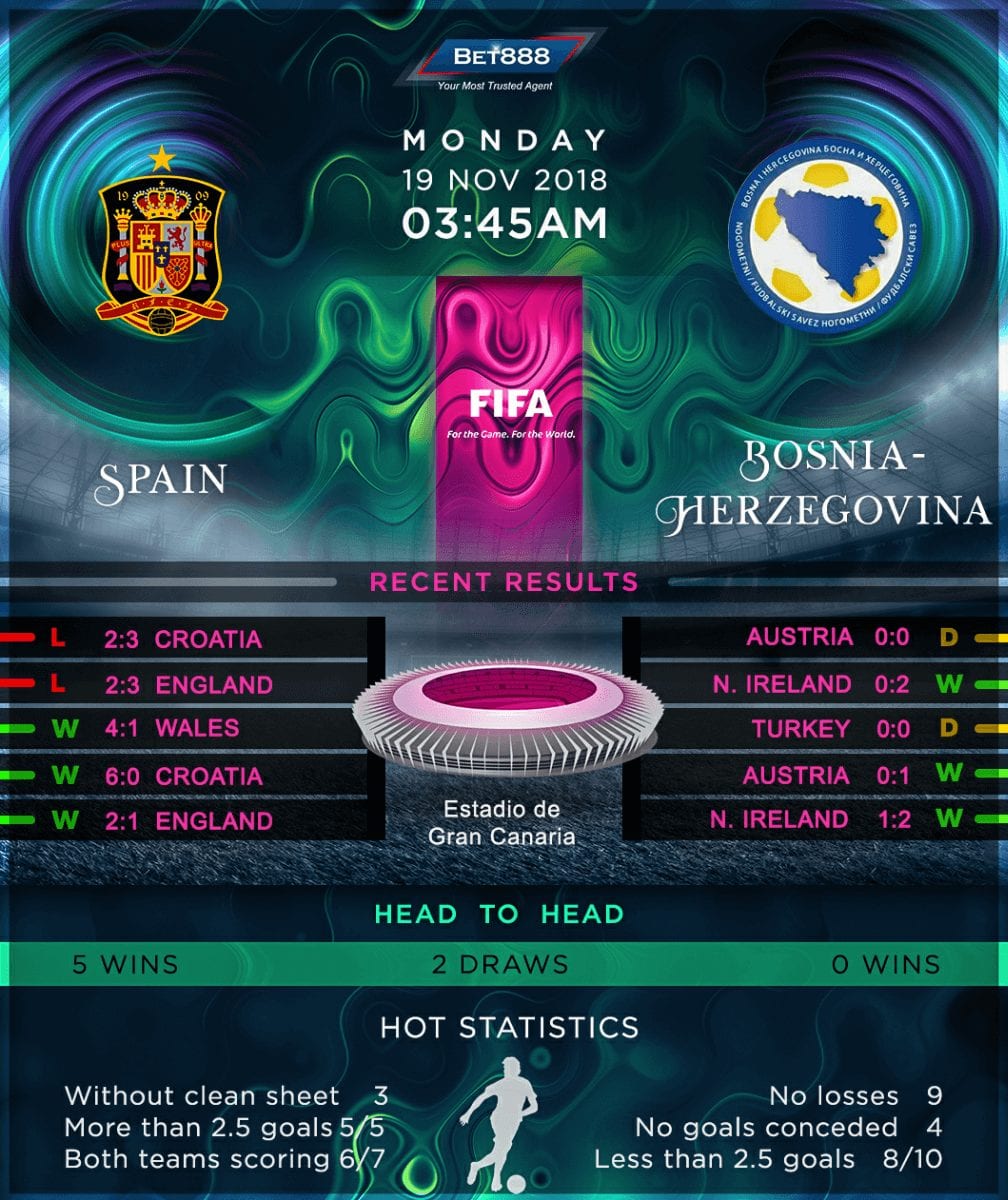