The Saints barely dodged the relegation last season, but it seems they’ve struggled to learn from their mistakes. With seven Premier League fixtures behind us, Mark Hughes’ side only managed to secure five points, and with a record of one win, two draws, and four defeats, they hang around the danger zone. Additionally, Southampton are yet to achieve a victory in front of the home supporters, having played out two draws and suffered one defeat so far at home.

On the other hand, the visitors are enjoying their life under Maurizio Sarri, as they have just two points less than Manchester City and Liverpool who are topping the table. The former Napoli manager succeeded in transforming a demoralized team into a killing machine that so far registered five Premier League triumphs without losing a single game in the domestic championship. Even in the Europa League, the London outfit clinched both victories, over PAOK and MOL Vidi, as they top the Group L, as the only side not to concede after the opening two fixtures.

Shane Long, who has suffered an ankle injury won’t be available for the hosts. As for the visitors, Sarri will have all of his players fit and ready for the weekend’s showdown, according to the latest reports. 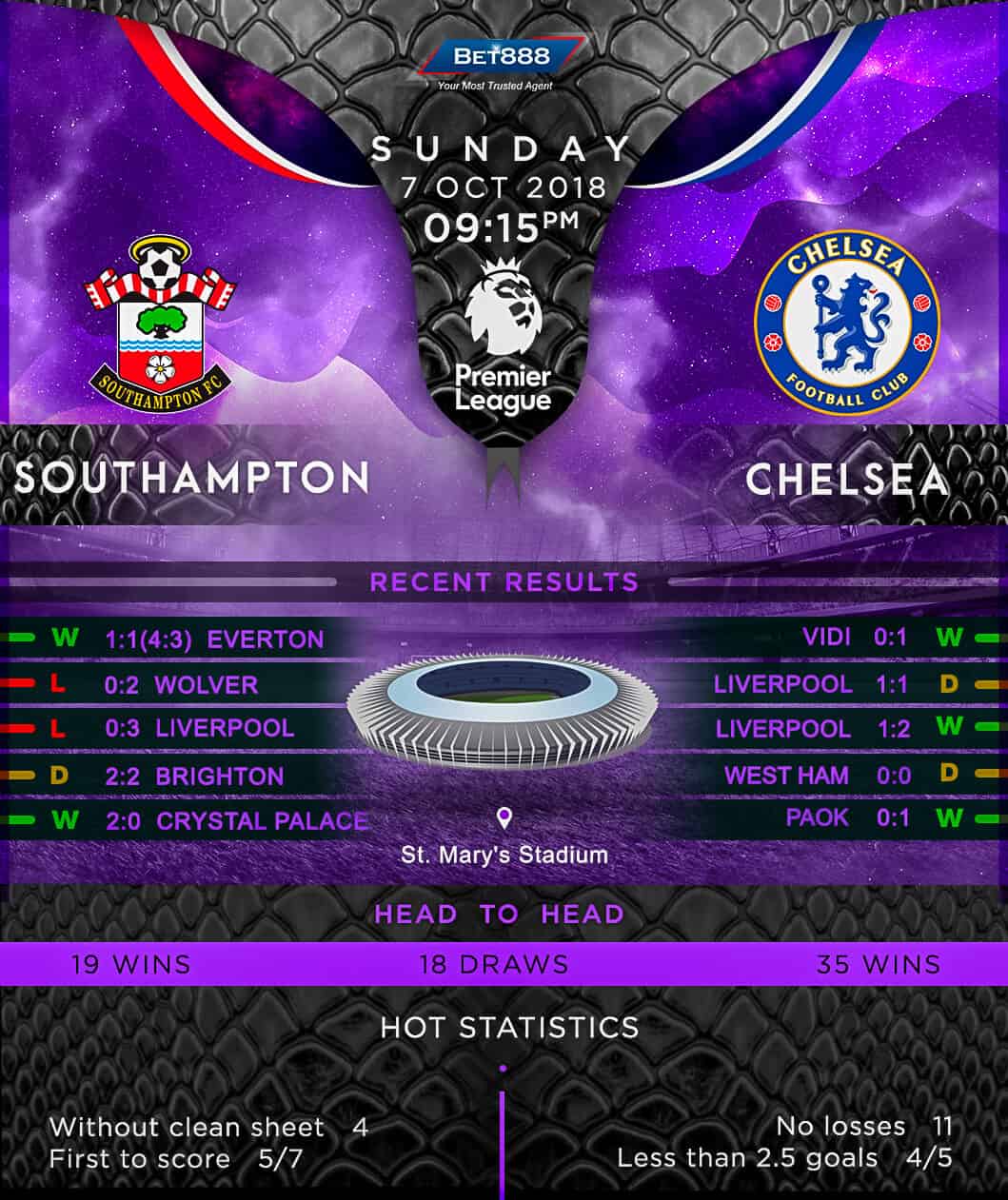