Arsenal won five out of their last six matches across all competitions now tackle a vulnerable Southampton side that has picked up only one victory in 16 Premier League outings this term.

A poor haul of just nine points from their opening 16 league games has seen Southampton rooted deep inside the relegation zone. A match at the St. Mary’s Stadium will see the hosts go in search of an elusive first home victory after seven unsuccessful attempts. Four of their last five home meetings have ended in a draw, which has led to Mark Hughes farewell. However, Ralph Hasenhüttl, who took charge of the team in December, already suffered two defeats, as he looks to get a first positive outcome in his debut Premier League mandate. The Saints are the only team in the English top-tier competition to secure just one triumph this season, while no other side played out more draws (6) than them this term.

On the other hand, visitors’ impressive spell under Unai Emery has seen them extending an outstanding unbeaten run to 22 games following a 1-0 win over Qarabag in midweek’s Europa League clash. The Gunners boast an almost perfect away record this season (W4, D2, L1, averaging 2.57 goals scored per match on the road this term, which is comfortably a Premier League high. Furthermore, Emery’s players have notched a minimum of two goals per match in each of their ten competitive road encounters this season although they’ve managed to keep a clean sheet just three times during the run. The worrying fact for the Saints is that Arsenal were ruthless against the teams from the bottom half of the table, securing six wins while being held to one draw in the process. 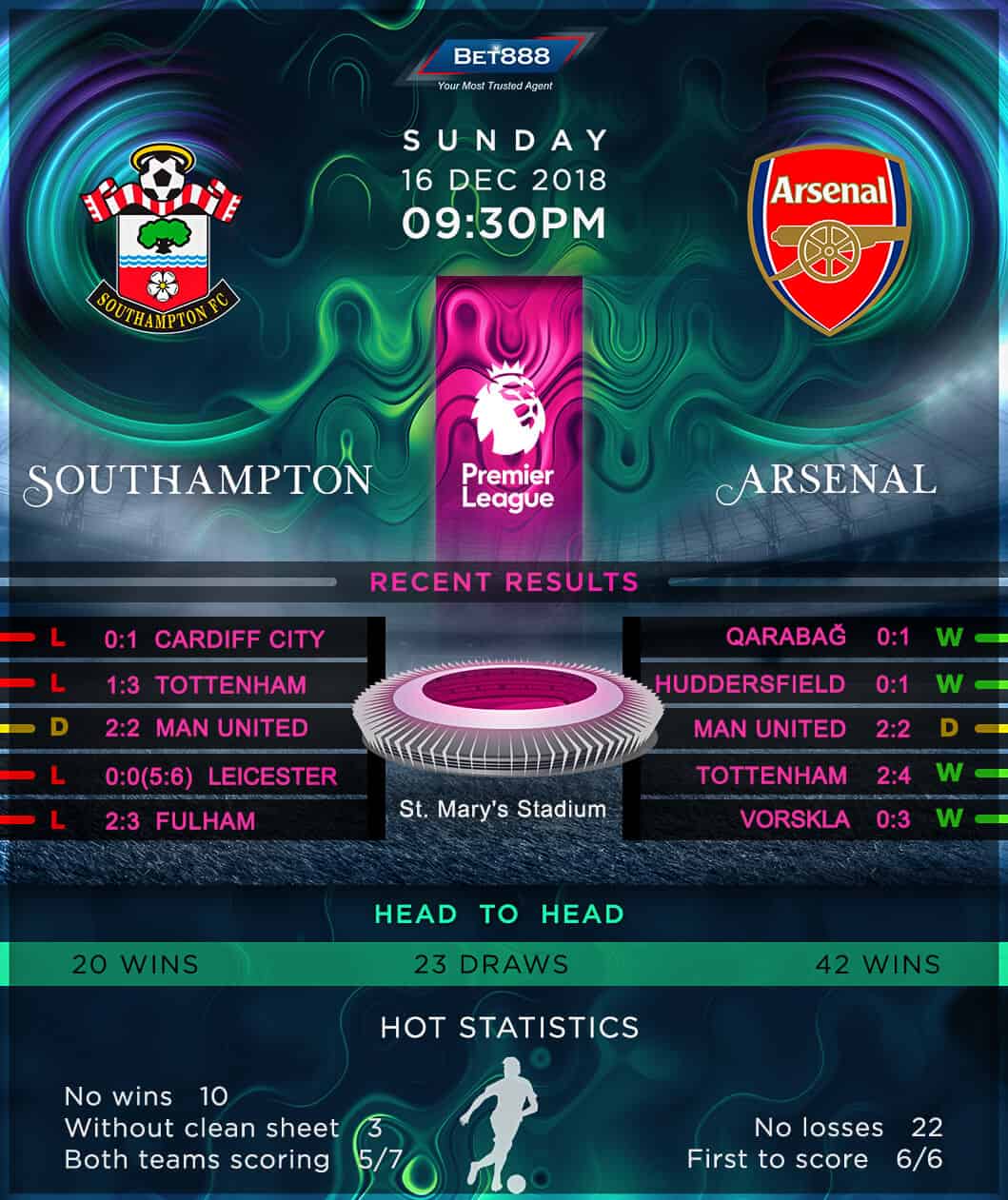