For the first time since 2014, South Korea and Costa Rica will face off against each other, with the friendly encounter between the two sides scheduled to take place at the Goyang Stadium.

Taegeuk Warriors’ stunning 2-0 victory over Germany in the final match of the World Cup group stage has ended their awful five-game winless streak, as the Asian team lost to Bosnia and Herzegovina and Senegal and played out a 0-0 draw with Bolivia before suffering two straight defeats in Group F, to Mexico and Sweden. The match in Goyang will be Paulo Bento’s first on South Korea’s bench after taking charge of the team in August, and the former Chongqing Dangdai Lifan manager will be looking to make a good impression on his debut.

Meanwhile, Los Ticos are searching for a way out of a grave crisis since they’ve lost four out of last five games while drawing just once in the process, which eventually resulted in Óscar Ramírez’s farewell. Costa Rica’s poor performance in Russia saw the CONCACAF side getting dumped out of the competition already in the group stage with a -3 goal difference, and they are desperate to make the match against the AFC team a turning point.

Bento has opted for17 out of 24 players that competed at the top FIFA tournament in Russia, with Son Heung-Min and Ki Sung-Yeung expected to take the field from the first minute. As for the visitors, Keylor Navas won’t be able to help his teammates following his decision to remain with Real Madrid trying to secure his spot between the posts after the arrival of Thibaut Courtois. 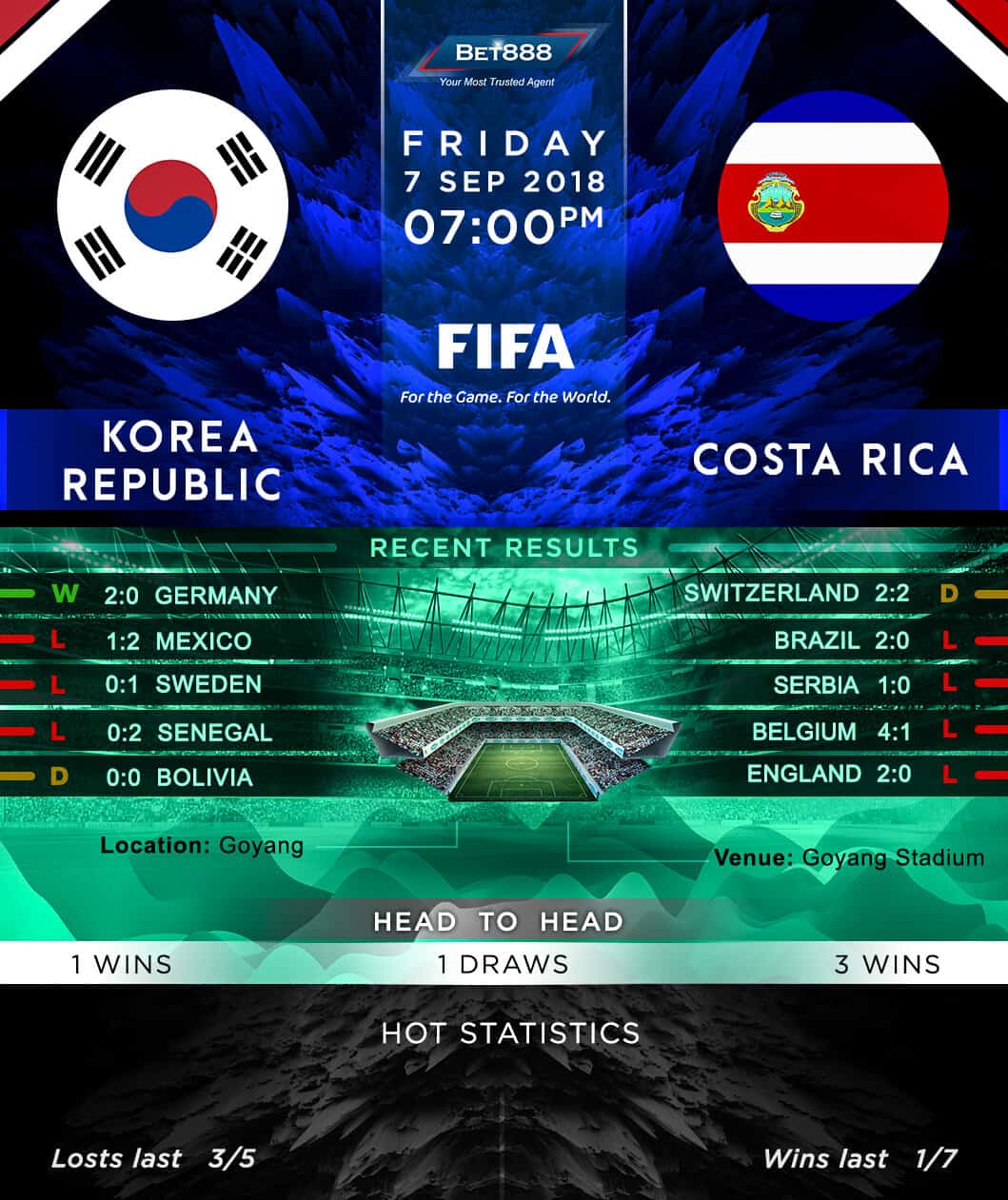