As part of the post World Cup workouts, South Korea will take on Chile on home soil, with the friendly encounter scheduled to take place at the Busan Asiad Main Stadium in Busan.

Although the Taegeuk Warriors lost any chance of advancing to the World Cup knockout stage after two straight defeats against Sweden and Mexico, they’ve still managed to eliminate Germany from the competition thanks to a surprising 2-0 victory in the third fixture. A stunning triumph over Die Mannschaft unquestionably had a big influence on Paulo Bento’s side, who clinched a comfortable 2-0 win over Costa Rica last week, as they hope to maintain a striking form against the South American giants.

On the other hand, La Roja’s failure to qualify for the World Cup has forced Juan Antonio Pizzi to resign in favor of Reinaldo Rueda, who has been frantically trying to revive the national team by making constant changes in the squad, often giving chances to some domestic talents rather than the European-based stars. Since Chile’s friendly with Japan got canceled due to an earthquake that hit Hokkaido, it will be their first match after a 2-2 draw with Poland back in June.

Hamburger SV striker Hee-Chan Hwang should start from the first minute after remaining on the bench for the entire 90 minutes against Costa Rica, while Alexis Sanchez won’t be able to help his fellow countrymen due to Jose Mourinho’s decisions to force him to stay at Manchester United during the international break. 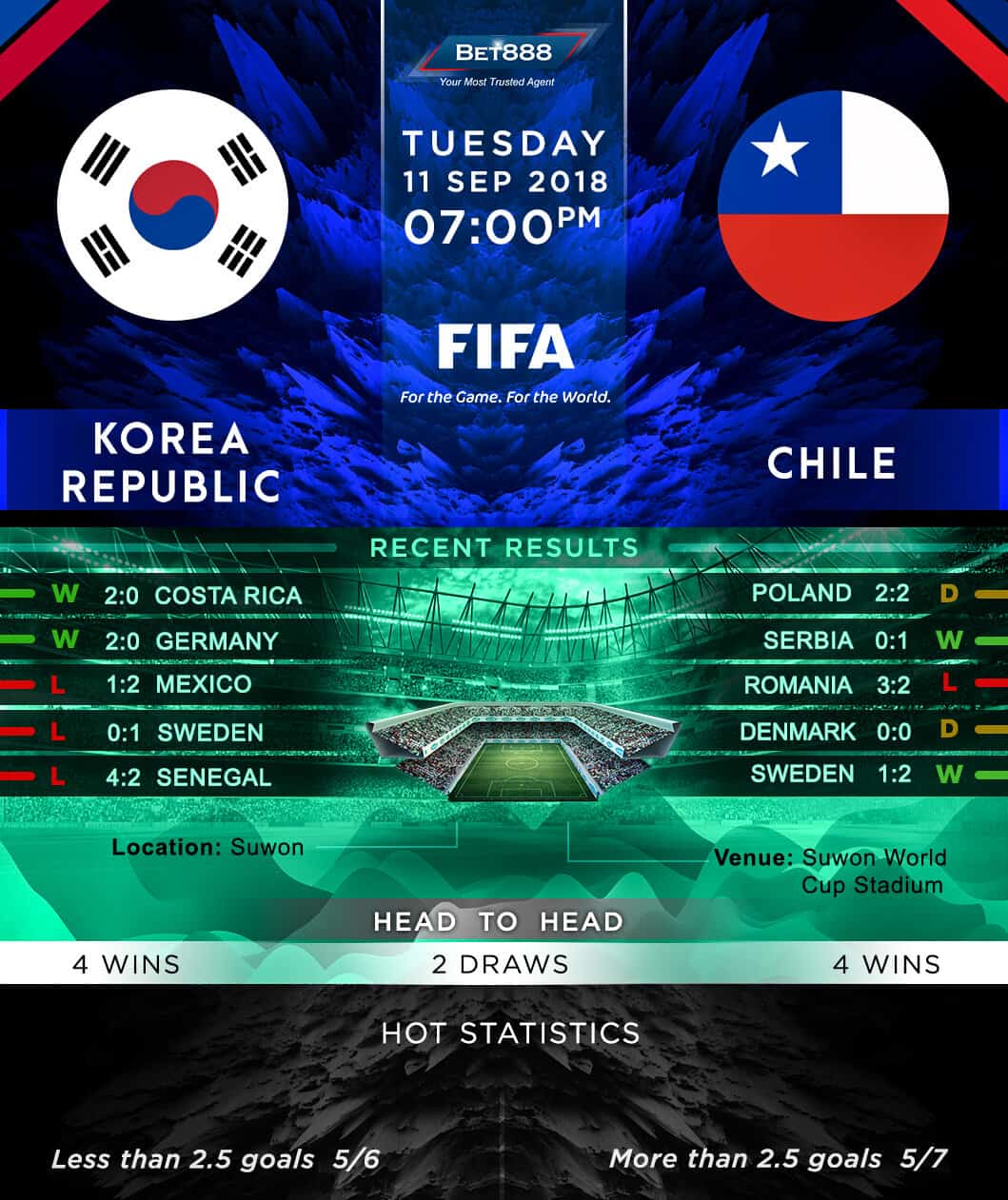