The most successful Asian national team on the World Cup, South Korea, who have already secured their tenth World Cup appearance are set to face off Bolivia at the Tivoli Neuas part of their final preparations ahead of the trip to Russia. The Taegeuk Warriors have experienced many complications during the qualifying period, finishing as runners-up of their respective group behind Iran, and the Asian side continued in the same manner in 2018 losing three out of their last five matches, including a disappointing 3-1 defeat to Bosnia and Herzegovina earlier this month. As for Bolivia, they’ve had a miserable qualifying campaign finishing ninth in the CONMEBOL qualifiers with twelve defeats in eighteen games. La Verde lost two out of three matches they’ve played this year, including a miserable 1-0 loss to Curacao back in March.

Two national teams only faced off each other once in the past. They were drawn in the same group at the 1994 World Cup, and the match ended in a 0-0 draw.

With the likes of Son Heung-Min, Hwang Hee-Chan, and Koo Ja-Cheol spearheading the attack, Shin Tae-Yong is looking for a victory in this encounter. On the other hand, the majority of the Bolivian players are locally-based, with the exception of Rodrigo Vargas Castillo and Danny Bejarano who are currently playing in Europe. 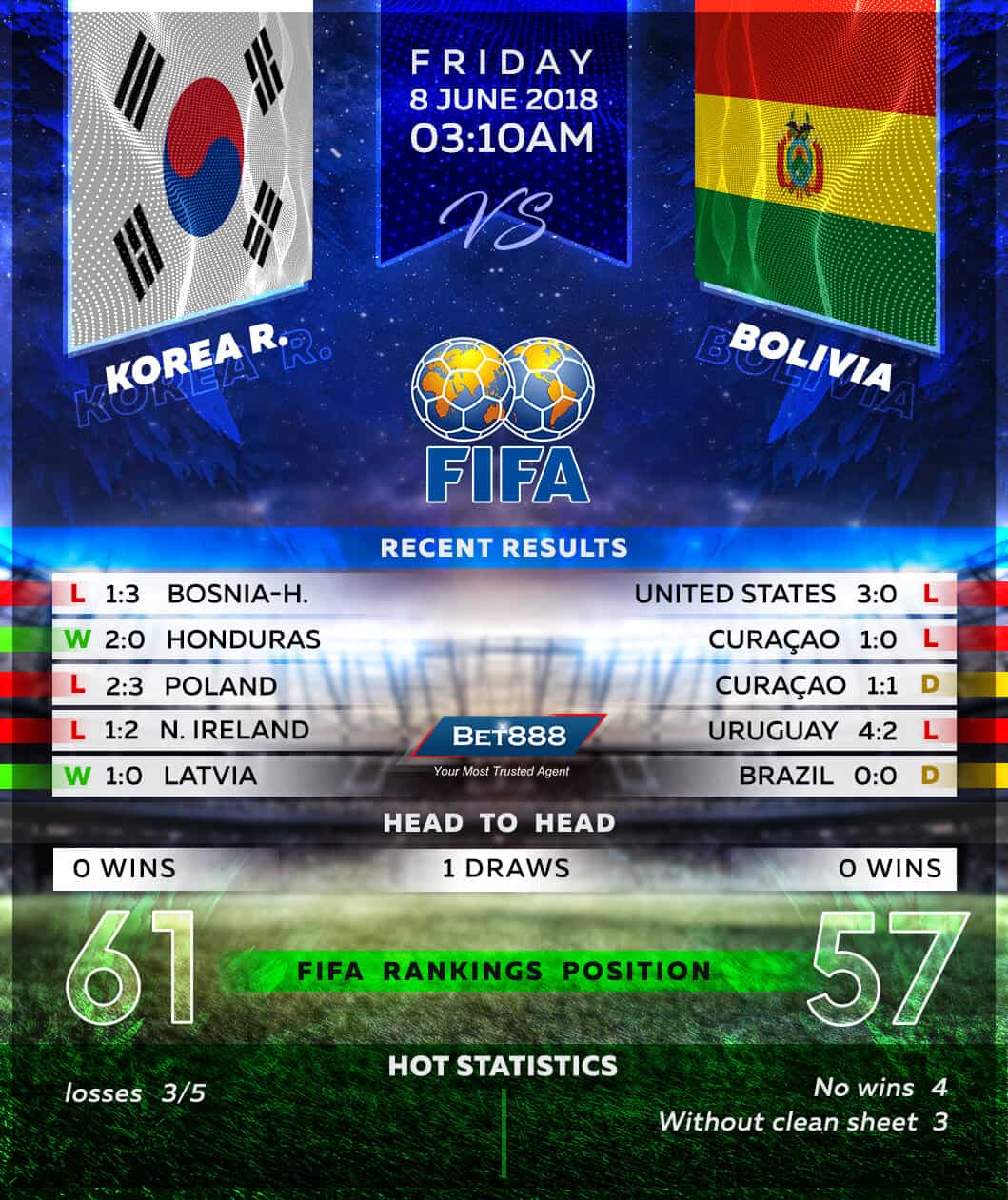