After a quite successful appearance at the 2018 FIFA World Cup in Russia, Denmark will take on Slovakia in a friendly match that will take place at the City Arena Trnava in Trnava.

The Falcons, who failed to qualify for the World Cup, are hopeful they can make it to the UEFA European Championship 2020 that will be hosted by twelve countries, for the first time in history. Slovakia’s last match dates back to early June when they lost 2-1 to Morocco although they took a 1-0 lead midway through the second half. Before that, Ján Kozák’s team have played out a 1-1 draw with the Netherlands, thus ending their three-game winning streak.

The Danish Dynamite went past the group stage in Russia after finishing second in the group behind France, but they have failed to leave up to expectations against Croatia in the first round of the knockout phase eventually, losing the encounter on penalties. Nevertheless, the head coach Åge Hareide can be pleased with the overall performance of his team and the effort they’ve put at the biggest international football scene, with the specific attention to the backline that only allowed two goals for the entire tournament.

A dispute between the Denmark players and the Danish Football Association has culminated to the point where almost entire squad that featured the World Cup team rejected to show up with the national team during the international break. Due to this emergency situation, some futsal players and amateurs from domestic lower-leagues had to fill the gap, which is why manager Age Hareide won’t have a competitive squad at his disposal for the upcoming friendly match against Slovakia, as well as, the Nations League encounter with Wales that should take place over the weekend. 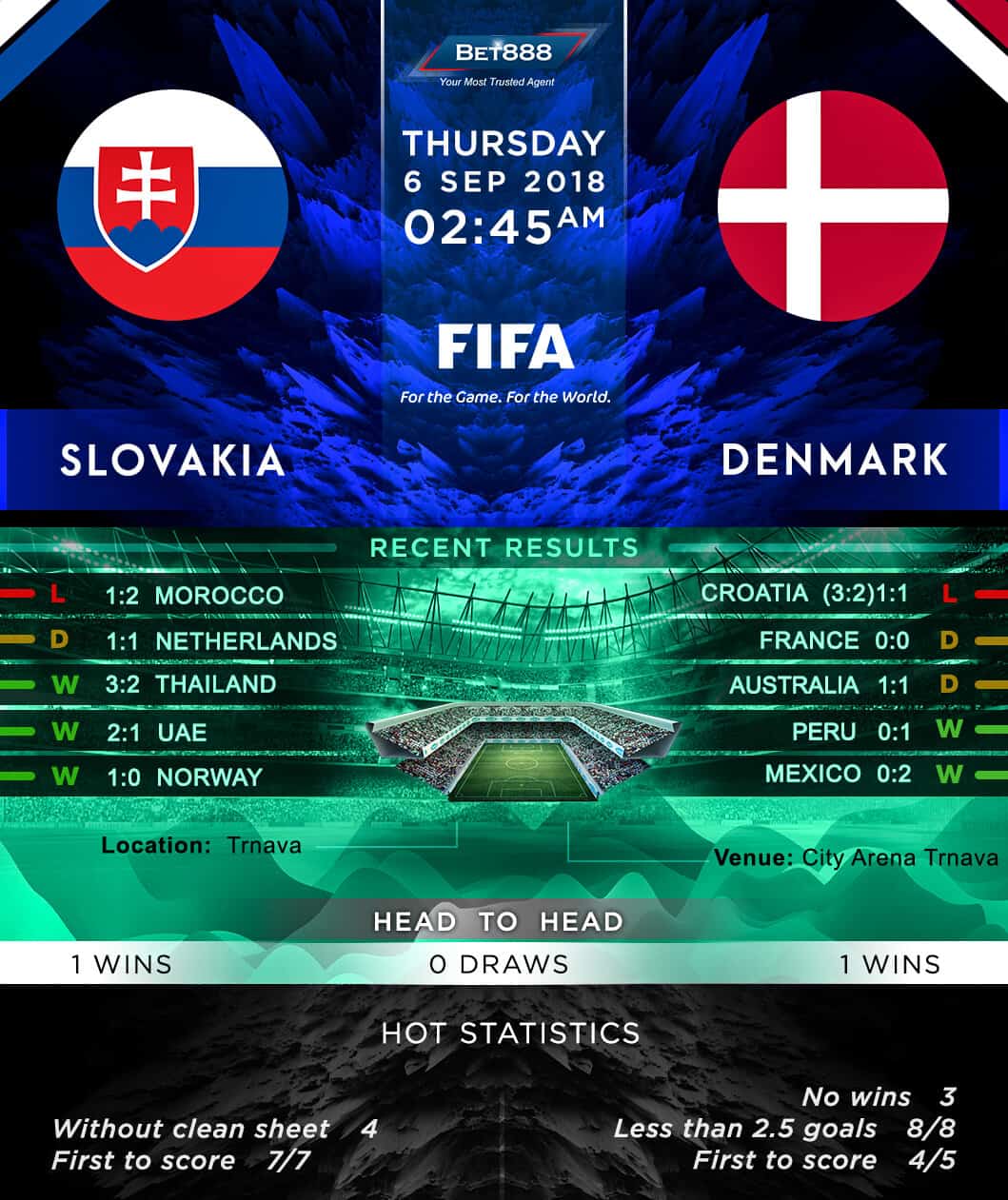