National Stadium forms the backdrop for a crunch AFF Championship Group B encounter between Singapore and Vietnam.

After pulling off an action-packed 3-2 win over Myanmar on matchday one, Singapore eased past Group B whipping boys Laos 2-0 last time out. But they cannot afford to rest on their laurels if they’re to make it out of the AFF Championship group stages for the second tournament running, with Vietnam and Malaysia sitting ahead of them in the standings. Particularly lethal in the later first-half stages, the ‘Lions’ have found the net between the 30th and 45th minute of play in both opening Group B outings. Delivering action from the get-go could be crucial after they’ve failed to get on the scoresheet in their last three H2Hs against Vietnam in all competitions (D1, L2).

On the other hand, Vietnam’s hopes of lifting the AFF Championship for the third time and first since 2018 have been off to a flyer. Following an emphatic 6-0 victory over minnows Laos on day one, the Vietnamese thrashed Malaysia 3-0 in round two to seize the top spot in Group B. Those two triumphs form part of Vietnam’s impressive seven-match winning streak in all competitions, during which they averaged a staggering 3.00 goals per game. Destined for a fifth successive foray into the AFF Championship knockout stages, the ‘Golden Star Warriors’ will secure a knockout berth by simply going unbeaten here. Since they’ve not lost any of their last eight H2Hs against Singapore (W4, D4), that’s somewhat expected. 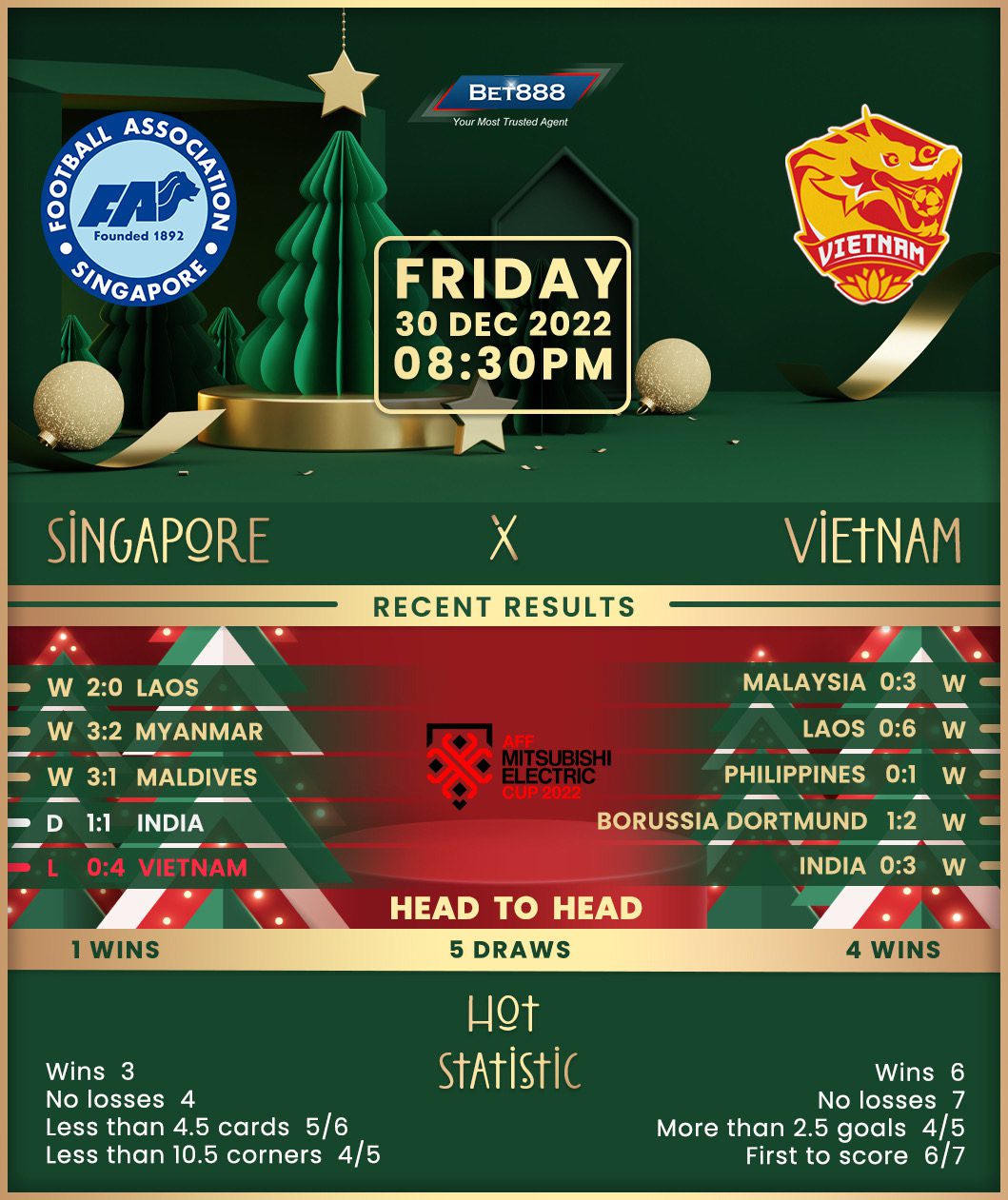