Despite delivering a mixed bag of performances during their three warm-up fixtures ahead of the tournament (W1, D1, L1), Singapore will take the field in high spirits, knowing they dismantled Myanmar 6-2 in their Asian Cup qualifier back in June. Unfortunately for the ‘Lions,’ that stunning victory was insufficient to help them navigate the third-round qualifying, casting doubt on their ability to perform at major tournaments. But Singapore reached the AFF Championship semifinals in the 2020 edition following three consecutive group-stage exits and will be looking to at least replicate that feat this time. Beating Myanmar would be a perfect start. And after defeating them via at least a three-goal margin in both previous H2Hs, there’s plenty of reason for optimism in Takayuki Nishigaya’s corner.

In the meantime, Myanmar succumbed to a narrow 1-0 defeat to Malaysia in their opening Group B outing, making their bid to progress beyond the AFF Championship group stages for the first time since a dream run to the 2016 semifinals infinitely more difficult. Since reaching the last four in 2016, the ‘Chinthe’ have lost 50% of their subsequent eight matches at the tournament (W3, D1), including a nightmarish 3-0 loss to Singapore in the 2020 edition. Another dreadful AFF Championship campaign is looming, with Antoine Hey’s side losing nine of their last ten internationals (D1) while conceding at least two goals on eight occasions. Scoring has been another problem for Myanmar of late, as they’ve failed to find the net in four consecutive games since the abovementioned 6-2 fiasco against Singapore in June. 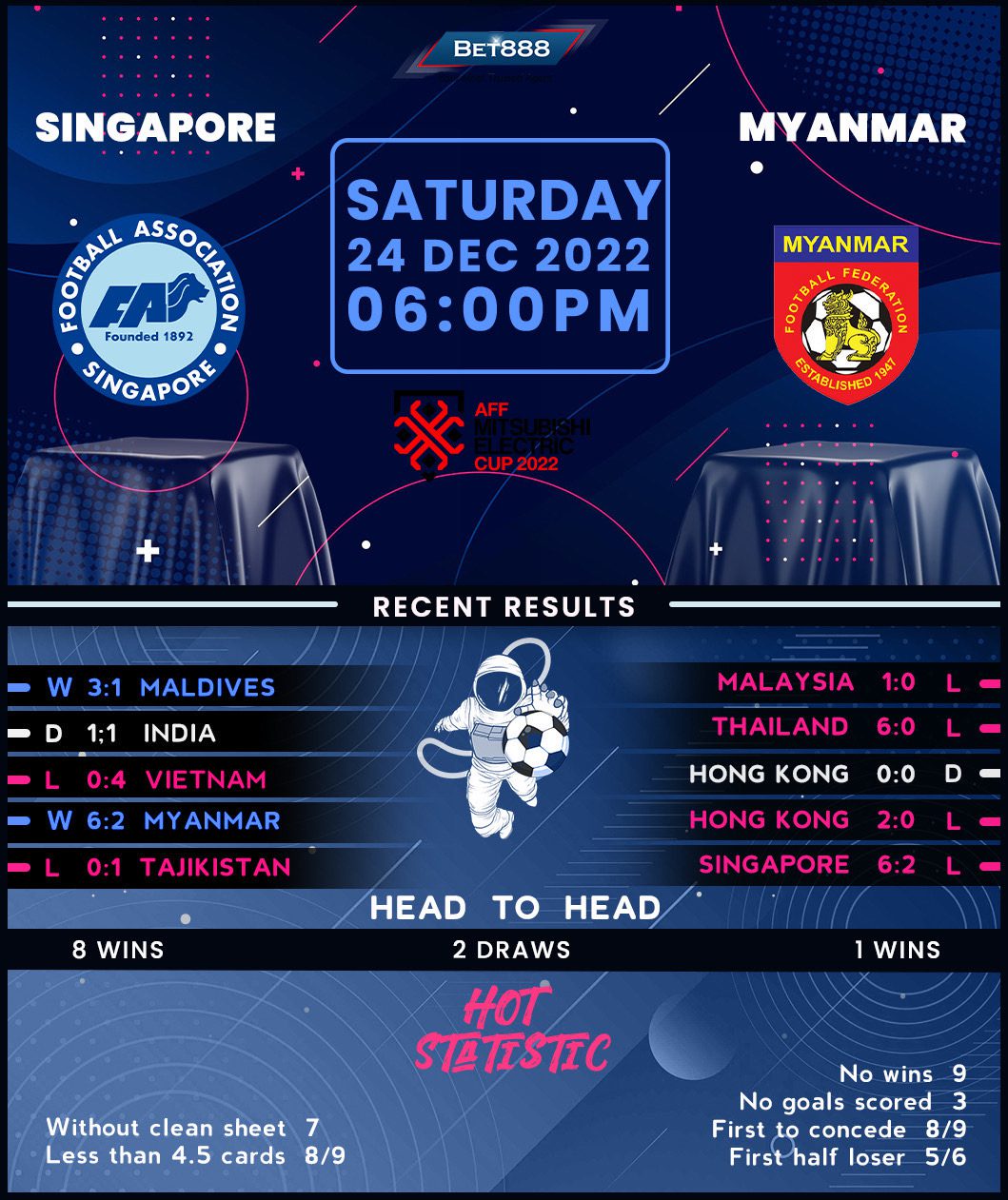