Sigma Olomouc will host the Spanish giants Sevilla at the Andrův Stadión in the Europa League playoff round, looking to make the greatest success in their recent history and break into the European scene for the first time since 2001. The excellent performance and two wins in the third round of the Europe League qualifications against Kairat Almaty have brought the Czech Republic side one step away from the group stage of the second best European club competition, but as things stand the Andalusian team is currently at another level. Apart from the qualifying matches, the Hanáci have featured in four league games, recording two wins and two defeats, while scoring five and conceding seven goals in the process. Meanwhile, Los Hispalenses have opened new La Liga campaign with a stunning 4-1 victory over Rayo Vallecano on the road, which was their fifth competitive match this season after taking part in two rounds of the Europa League qualifications. Although Ujpest and Zalgiris don’t have enough quality to play against a top club such as Sevilla, Pablo Machín’s team showed great professionalism and determination against both opponents, securing all four wins with a +12 goal difference.

Both managers are expected to field their best players from the first minute, as they are going to have all of their key first-team members fit and ready for the encounter. 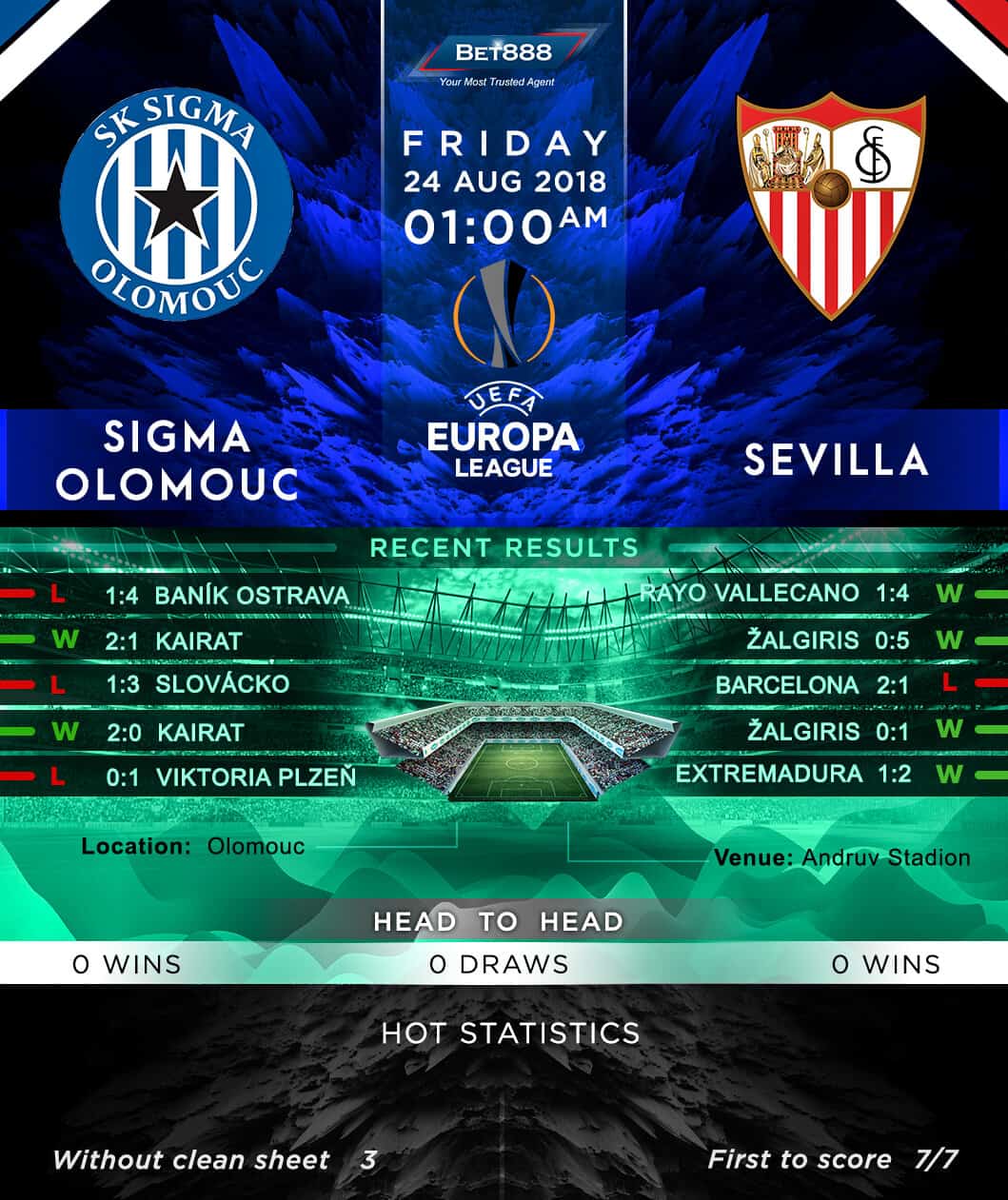