After playing out a 1-1 draw in the first leg of the YBC Levain Cup semi-finals, Shonan Bellmare will host Kashiwa Reysol at the Shonan BMW Stadium Hiratsuka in Hiratsuka, hoping to grab their first-ever Japanese Cup Final.

With only one victory in the previous six matches, Cho Kwi-Jea desperately wants to see his side finding the way out of a crisis, especially as they are yet to secure the top flight status in the domestic league. Shonan have won just 29% of their home games this season, keeping a clean sheet barely five times in a total of 14 meetings in front of the home crowd. Moreover, they have only netted two or more goals eight times in 28 matches this season, which is why they reside third-worst attacking team in Japan.

On the other hand, the Reysol, who lost three out of four away games before clinching a 3-0 triumph over Hiroshima, have only managed to keep a clean sheet twice in a total of 15 road matches they’ve played this campaign. Nozomu Kato’s players are fighting relegation in the Japanese J-League, as they currently stand just two points clear from the danger zone. Therefore, the 3-time YBC Levain Cup winners need to record the second-straight victory for the first time since June if looking to boost morale ahead of the final stage of the season.

With just 29% of Shonan’s home matches ended with more than two goals; they are the team to produce by far the fewest chances by all Japanese sides this year. Meanwhile, 10 out of 15 Kashiwa’s away encounters provided over 2.5 goals. For the record, only two times in the past six meetings between these two sides, the crowd have seen three or more goals.

According to the latest reports, both managers will have all of their players fit and ready for the duel, except for the 23-year-old Kashiwa goalkeeper Kosuke Nakamura who is yet to return to full fitness. 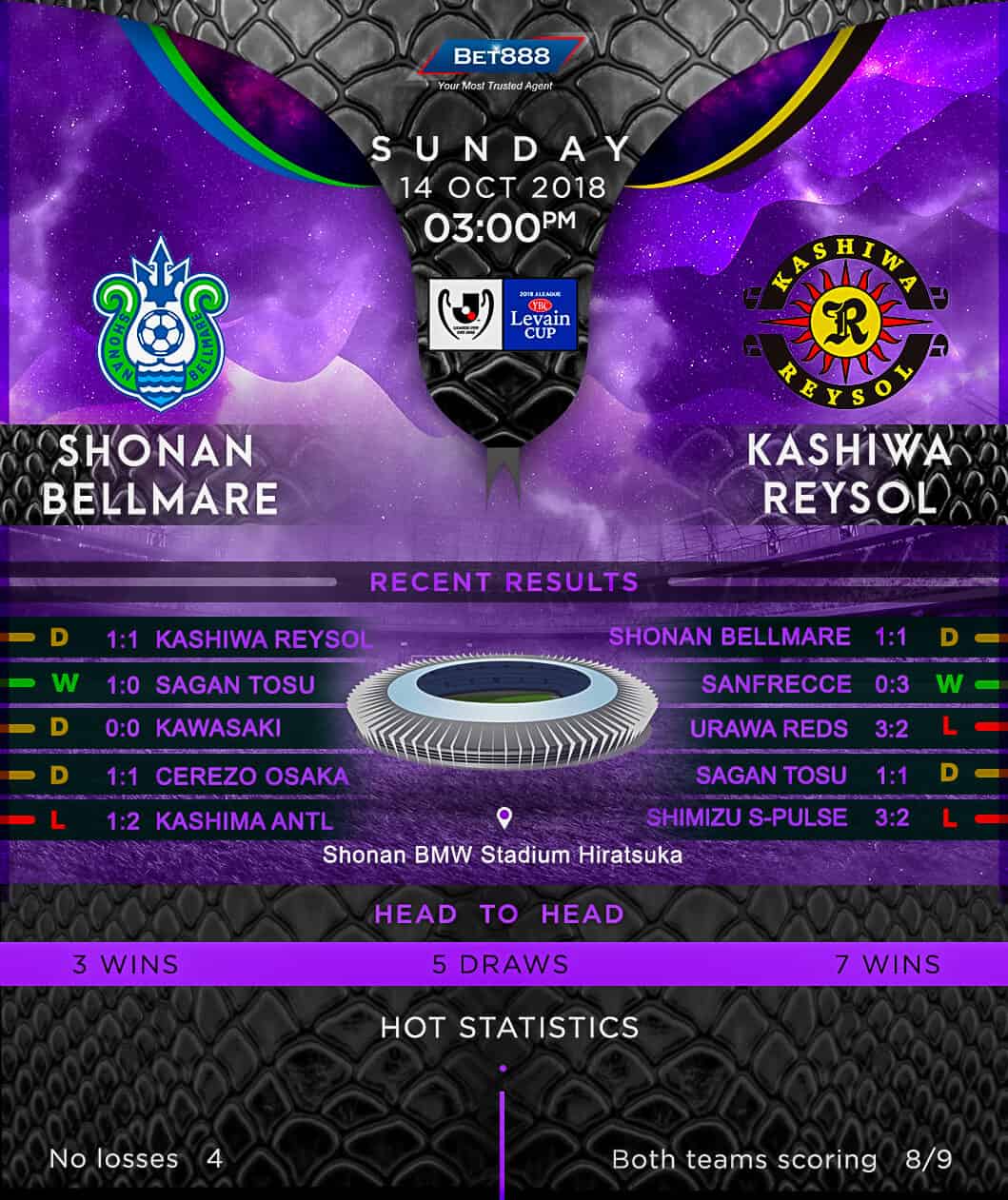