Sheriff Tiraspol and Manchester United are set to trade tackles at the Stadionul Zimbru in a must-win Europa League match-up for the visitors.

Sheriff Tiraspol got their Europa League Group E campaign off to a flyer, courtesy of a 3-0 thumping of Omonia in Cyprus on matchday one. The perennial Moldovan champions will be out to prove last season’s 2-1 win at Real Madrid in the Champions League group stages was no fluke and stage another European upset. That could prove easier said than done, as the ‘Yellow-Blacks’ have lost both previous UEFA-sanctioned matches against English opponents via an aggregate score of 4-1. But head coach Stjepan Tomas can draw confidence from Sheriff’s impressive home run in the Europa League as they are unbeaten in their last five such fixtures (W3, D2), including victories ‘to nil’ in the most recent two.

On the other hand, Manchester United’s effort to win their second Europa League trophy and ensure an alternative route into the Champions League faltered on day one as Real Sociedad claimed a 1-0 victory at Old Trafford. By contrast, Erik ten Hag’s men, who were handed an extra rest period in the Premier League, are enjoying a four-game winning streak in England’s top flight. The ‘Red Devils’ are looking to translate their high-flying domestic form to Europe, and playing outside Old Trafford may come in handy. Indeed, Man Utd have found the net on their last 15 European travels, netting 28 goals in total since drawing a blank away to AZ Alkmaar in October 2019. Adding to travelling fans’ confidence, ten Hag has only lost two of his 20 European road matches as a manager (W12, D6). 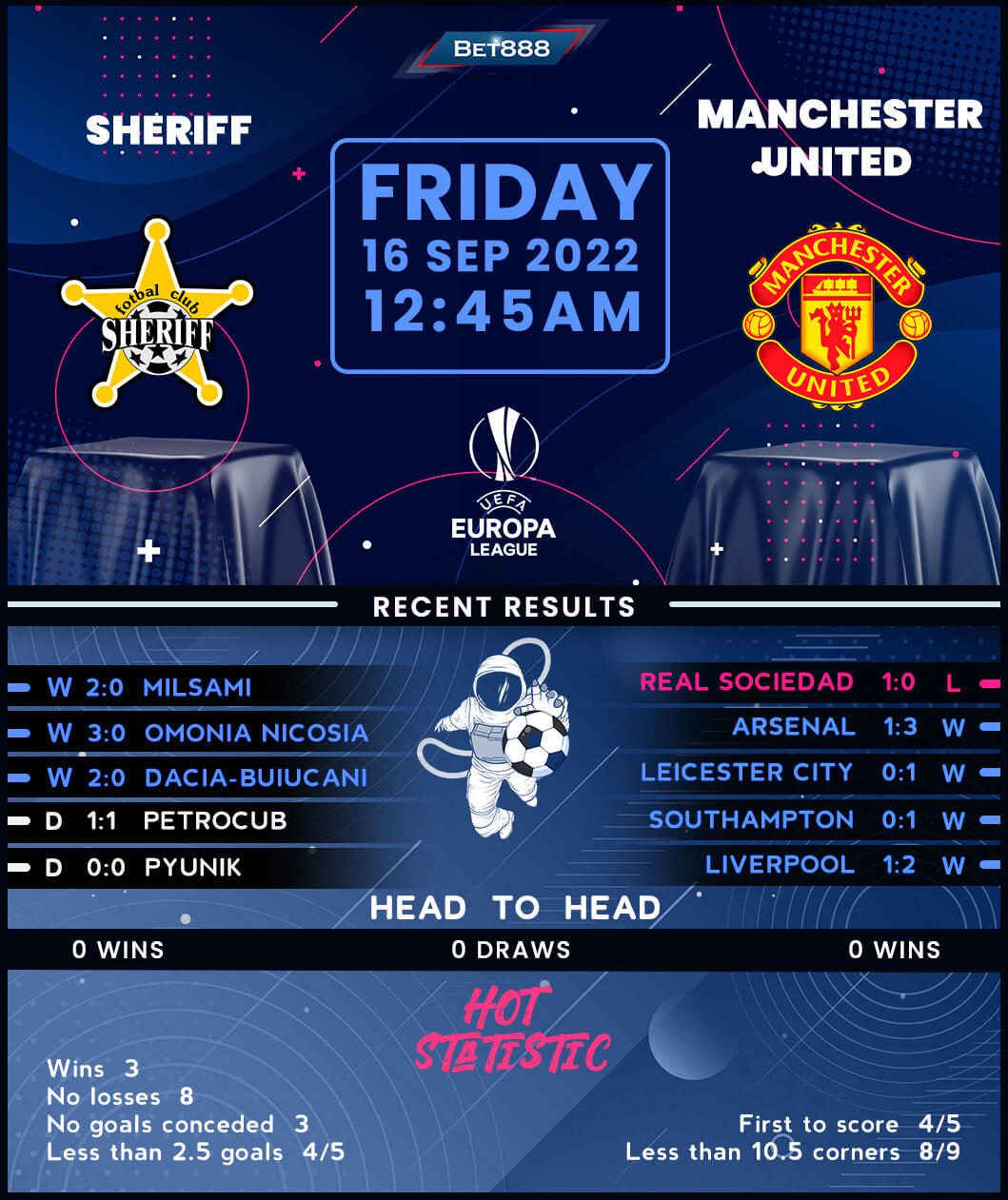