Stadion Wojska Polskiego, the home of Legia Warsaw, is the venue as Shakhtar Donetsk and Real Madrid meet at the halfway of the Champions League group stage campaign.

Shakhtar Donetsk’s bid to progress beyond the Champions League group stages for the first time since 2017/18 is up in the air following a 2-1 defeat at the Santiago Bernabeu last week. After going unbeaten in their opening two Group F outings (W1, D1), the Ukrainian champions head into proceedings second in the table, albeit only one point clear of third-placed RB Leipzig. Having seen their weekend fixture against domestic rivals Lviv postponed due to the Russian invasion of Ukraine, Igor Jovicevic’s men will take the field fresh and ready to exact revenge. However, two of their three previous Champions League H2Hs against Madrid as designated hosts have yielded losses, with ‘Los Merengues’ remaining the only side to beat them as the provisional home side since November 2020 (W2, D4 otherwise).

On the other hand, Real Madrid’s 100% three-game Champions League start means another victory in Warsaw would book their place in the competition’s knockouts with two matches to spare. Despite resting talismanic striker Karim Benzema at the weekend, Carlo Ancelotti saw his team pick up a 1-0 La Liga triumph away to Getafe, maintaining an almost-perfect competitive start to 2022/23 (W11, D1). On top of that, ‘Los Blancos’ have won their last five contests in the Champions League en route to stringing together their longest winning streak in Europe’s elite competition since 2015. Equally impressive on their travels, the Spaniards have racked up four consecutive Champions League away wins, netting 12 unanswered goals during that run. 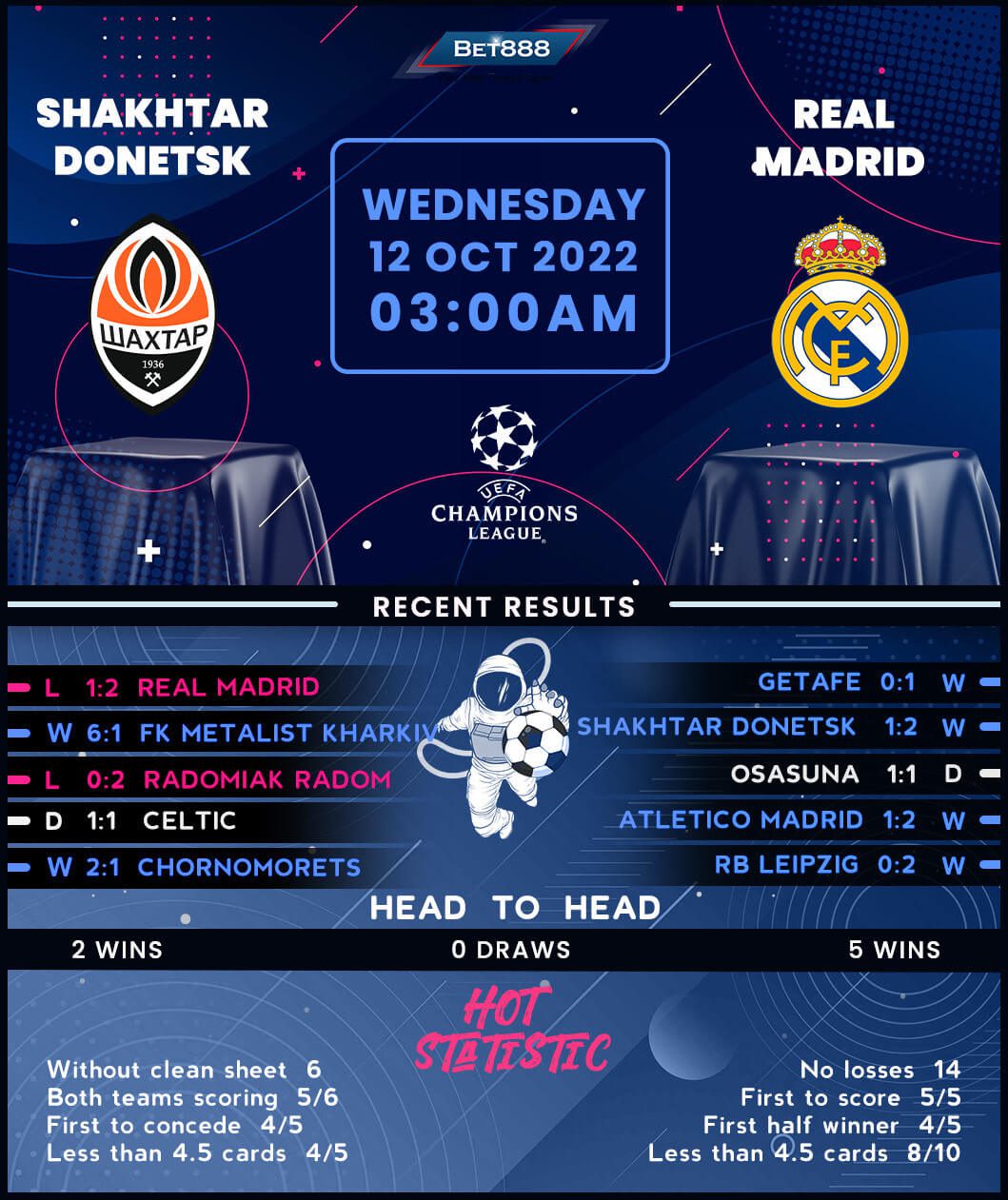