After being held to a scoreless draw in the first leg, Sevilla will host Villanovense at the Estadio Ramon Sanchez Pizjuan in the return leg of the fourth round of the Copa del Ray in a match that sees them the huge favorites to advance to the round of 16.

The Andalusians have failed to secure a victory in their last two competitive games, having lost 1-0 to Standard Liege in the Europa League before playing out a 1-1 draw with Deportivo Alaves. However, Los Hispalenses have clinched seven consecutive triumphs at home across all competitions, scoring 21 goals while conceding just four goals in the run. Furthermore, Los Rojiblancos have scored a minimum of two goals six times in a row in front of the home supporters before a narrow 1-0 win over Valladolid. But, Pablo Machin’s potential worry could be the fact his players have failed to keep a clean sheet four times in their last five competitive games.

Villanovense are considerable underdogs in this encounter considering they currently compete in the Spanish Segunda Division B – Group 4 and especially looking at their recent form. Although they have suffered just one defeat in their past seven meetings, the Verdes have secured barely two wins during the run, both with the identical 1-0 scoreline. For the visitors, goals have been at a premium. In all of their previous six matches, they have scored one goal or less. Moreover, goals have been in short supply in their last ten competitive matches, with only three of them producing over 2.5 goals. Jose Manuel Roca Cases though can be encouraged by his team’s recent defensive displays, as his players managed to keep a clean sheet three times in a row before their trip to Andalusia. 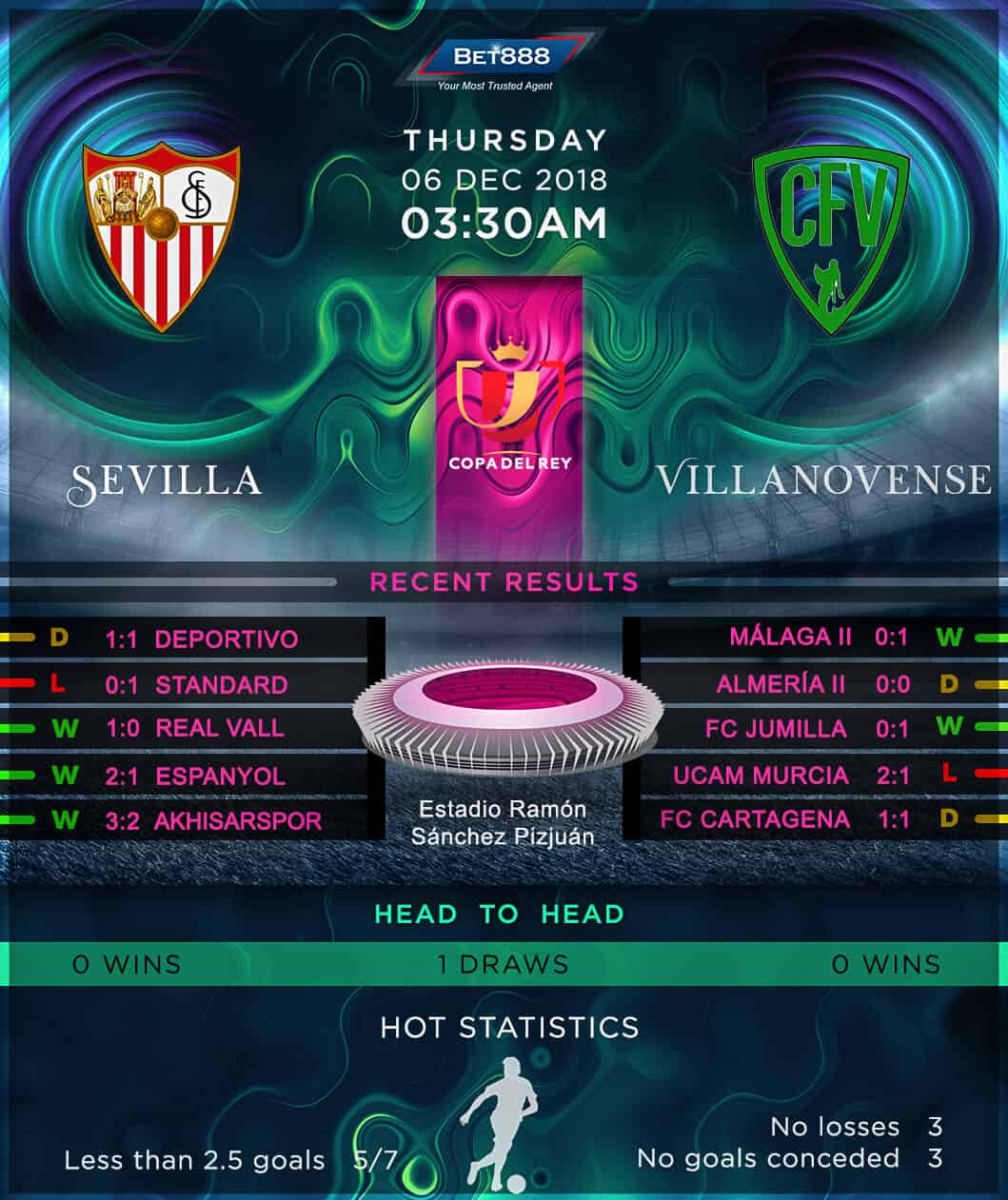