After a narrow 1-0 win in the Czech Republic, Sevilla will host Sigma Olomouc at the Estadio Ramón Sánchez Pizjuán, looking to cement their place in the Europa League group stage following two years of absence. Los Hispalenses have already eliminated Ujpest and Zalgiris in the last two qualifying rounds, scoring thirteen goals in the process. Apart from a 2-1 defeat to Barcelona in the Spanish Super Cup, the Andalusians are yet to lose a competitive game this season, as they destroyed Rayo Vallecano on the opening La Liga matchday by four goals to one, while playing out a dry 0-0 draw with Villarreal at home last weekend. On the other hand, the Hanáci are in dreadful form, as they lost three consecutive matches, including a disastrous 3-0 loss to Jablonec last weekend, which was also their fourth defeat in the last five games, and if Václav Jílek wants to avoid a catastrophe in Spain, his players have to find a way to keep a clean sheet as long as they can.

Carlos Fernandez and Ibrahim Amadou are yet to return to full training and will watch the match from the stands. As for the visitors, they are expected to enter the field with their best starting eleven. 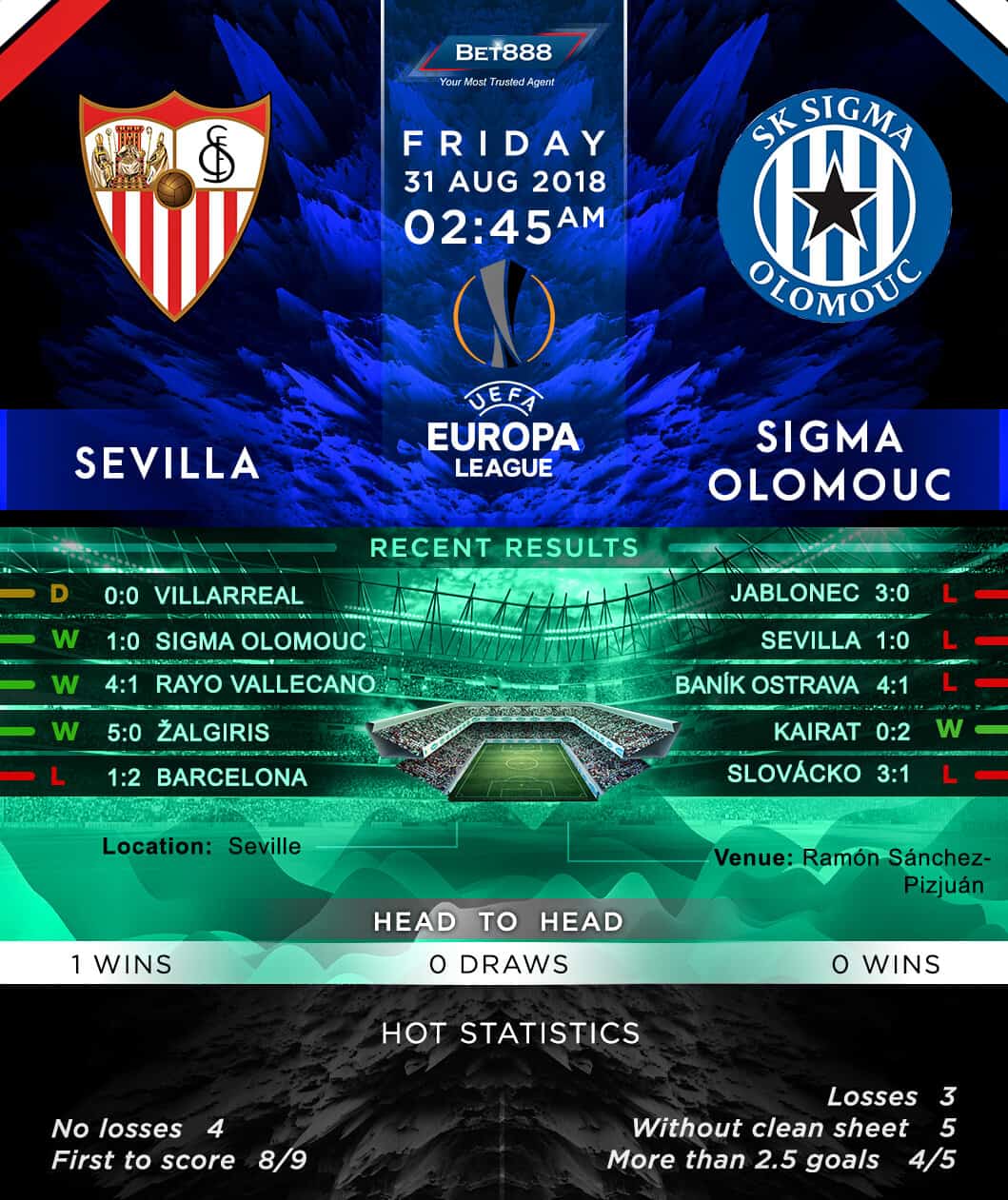