Sevilla and Real Madrid are set to face off against each other at the Estadio Ramon Sanchez Pizjuan in midweek, with the host desperately trying to end a 4-game winless streak in Andalusia.

After a stunning 4-1 win over Rayo Vallecano on the opening matchday, Los Hispalenses have notably dropped in form, playing out a scoreless draw with Villarreal and suffering two straight defeats, to Real Betis and Getafe. However, an astonishing 5-1 win over Standard Liege in the Europa League and another impressive display against Levante in La Liga where they’ve crashed the Valencia-based side by six goals to two, suggest Los Rojiblancos are gearing up again.

The Estadio Ramon Sanchez Pizjuan is traditionally a firm ground for Los Blancos, but they have to find the way to handle Sevilla if looking to keep up the pace with Barcelona. In the last five encounters in Andalusia, Los Merengues have suffered three defeats, while playing out one draw and clinching one victory. However, this season, the current Champions League winners have won four out of five La Liga matches, only drawing once with Athletic Bilbao at the Estadio San Mames. Additionally, Julen Lopetegui’s side have swept AS Roma aside with a 3-0 victory at the Estadio Santiago Bernabeu in the Champions League opener, as the former Porto manager hopes to see his players producing the same performance in the domestic championship.

Pablo Machin won’t have Gabriel Mercado, Sergio Escudero, Ibrahim Amadou, and Maxime Gonalons as all are yet to return to full fitness, while Jesus Vallejo and Daniel Carvajal won’t be playing for the visitors. 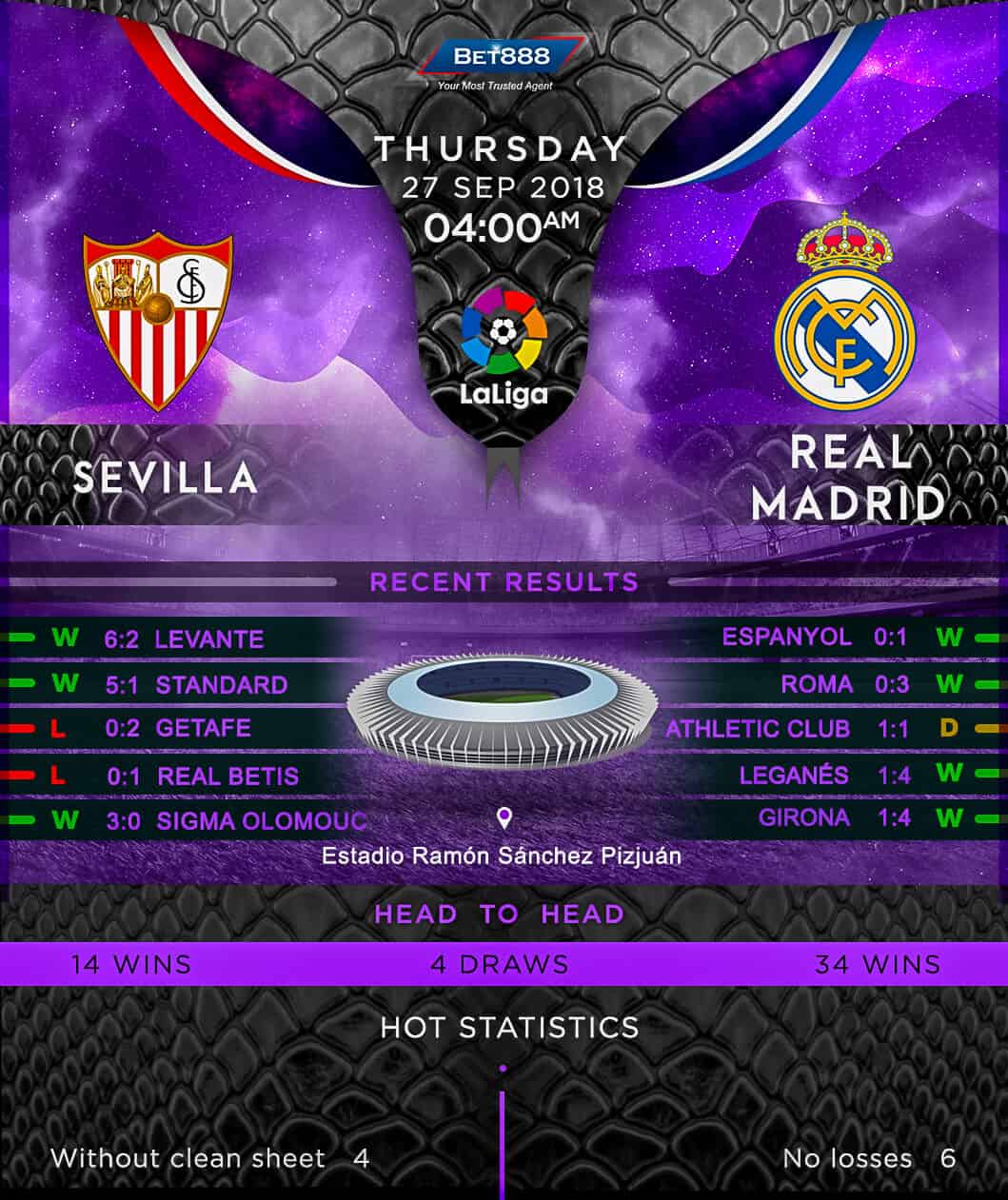