After a less than impressive start of the season, Sevilla will take on Getafe, with the encounter scheduled to take place at the Ramon Sanchez Pizjuan Stadium this weekend.

Los Hispalenses demonstrated a proper reaction to a 2-1 defeat to Barcelona in the Spanish Super Cup Final by destroying the La Liga returnees Rayo Vallecano 4-1 on the league’s opening matchday. However, their inability to score a single goal against Villarreal and RealBetis in the following fixtures proved Pablo Machin still have some difficulties finding the right balance between the established first-team players and the newcomers.

The situation in Getafe is anything but different. Although it was expected, they would hardly find the way to score against Real Madrid at Santiago Bernabeu, a 0-0 draw with Valladolid at home certainly annoyed the manager Jose Bordalas and the fans. Still, a 2-0 triumph over Eibar could encourage the Azulones ahead of their trip to Andalusia, where they failed to clinch a victory since 2010.

Machin won’t have Gabriel Mercado, Maxime Gonalons, and the skipper Sergio Escudero, as all are struggling with injuries. As for the visitors, Markel Bergara and Ignasi Miquel won’t be included in the traveling squad due to some physical problems. 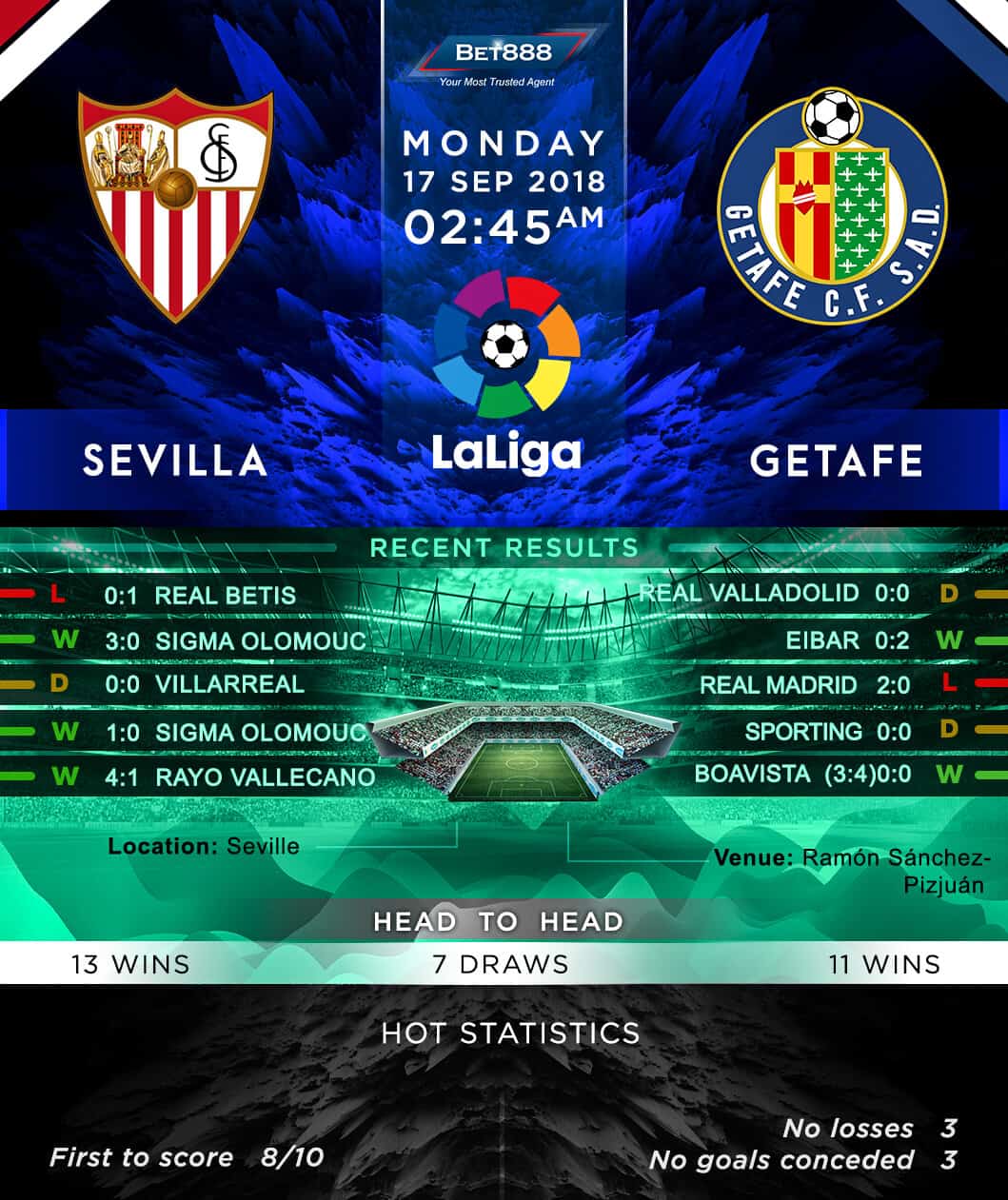