Sevilla have had a strange season in La Liga, as they’ve changed three different coaches, ended in seventh place in the league, making their way to the Europa League qualifications despite a negative goal difference. Los Rojiblancos’ last game of the season will take place at Ramón Sánchez Pizjuán against Deportivo Alaves, who have had a pretty inspiring campaign, managing to keep the elite status almost a month ago. After three consecutive matches without a victory at home, Sevilla achieved two wins in a row by defeating Real Sociedad and Real Madrid, while the Babazorros won three straight games on the road without conceding a goal. The hosts have gone through a nightmarish period, as they’ve won just two out of twelve encounters in all competitions, failing to show any signs of commitment and focus, which resulted in Vincenzo Montella’s sacking but the team continued to struggle prior those two victories against Los Blancos and the Whites and Blues. On the other hand, Alaves, have been demonstrating great teamwork and compactness throughout the season, which is the main reason they’ve avoided relegation.

Sébastien Corchia, Jesús Navas, and Carlos Fernandez won’t be at Joaquín Caparrós’ disposal due to injuries. As for the visitors, Abelardo is facing a great deal of trouble with his roster, as Héctor Hernández, Carlos Vigaray, Rubén Duarte, Hernán Pérez, Antonio Sivera, and Álvaro Medrán are all ruled out with physical problems. 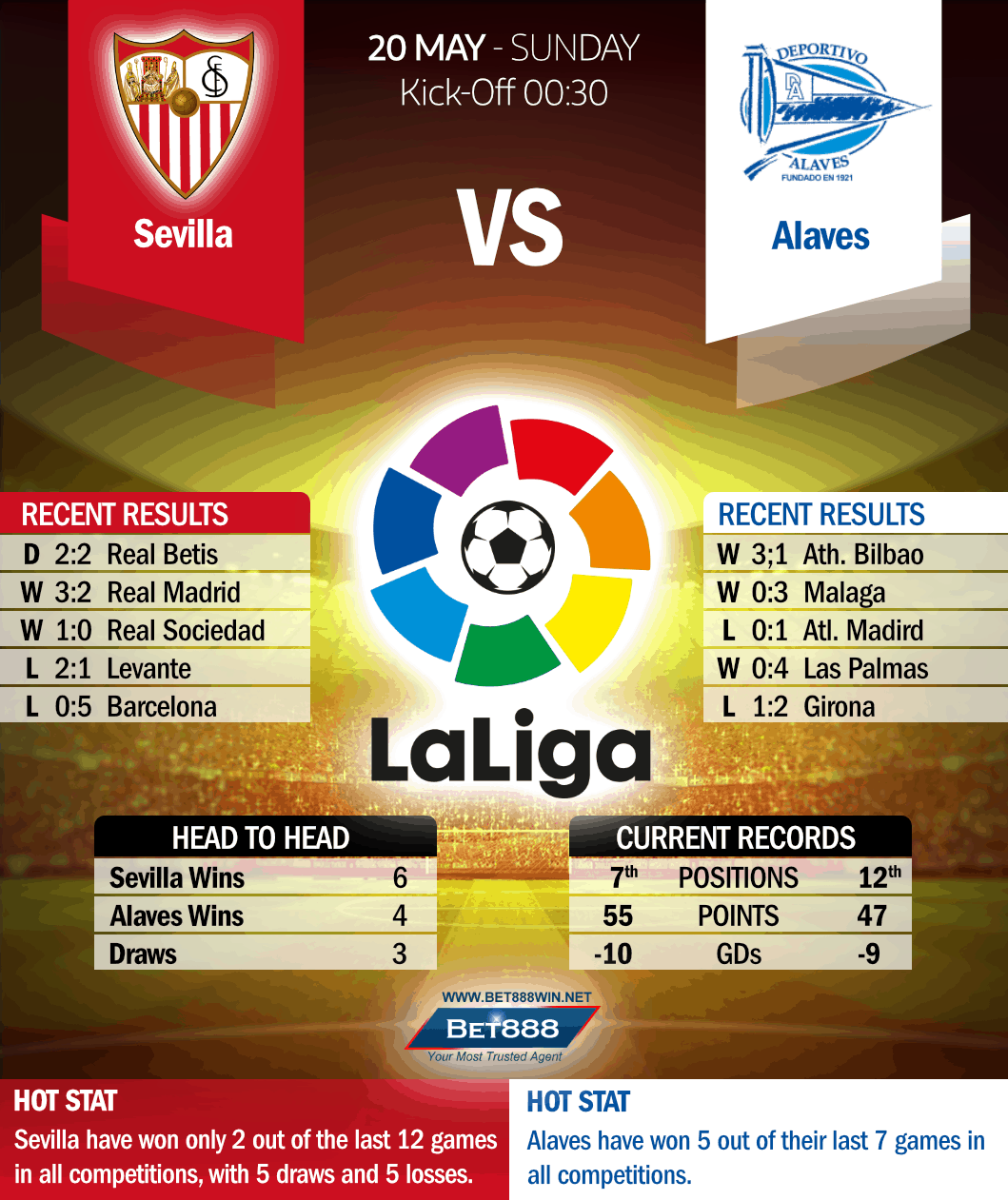