Sevilla spurned a 1-0 halftime advantage in a disappointing 2-1 defeat at Girona last weekend, falling back into the La Liga drop zone, two points adrift of 17th-placed Real Valladolid. With only 15 points to their name after the first 17 La Liga rounds, they are experiencing their worst top-flight start since 1999/00. Jorge Sampaoli’s men have picked up just one victory in their eight previous league outings (D3, L4), but a 1-0 Copa del Rey win at Deportivo Alaves in midweek could inspire their top-flight resurgence. Adding to this sentiment, ‘Los Rojiblancos’ haven’t lost any of their last ten La Liga encounters against Cadiz (W5, D5), though they could only manage a 1-1 draw in this corresponding fixture in 2021/22.

Meanwhile, Cadiz have gone unbeaten in all three top-flight games (W1, D2) since the La Liga resumption in December, but they’ve yet to claw their way out of the relegation zone. But with safety only one point away, the visitors could finish this matchday outside the danger territory with a first-ever La Liga win at Sevilla at the 15th time of asking (D6, L8). Sergio Gonzalez’s men can draw confidence from dispatching mid-table Valencia 1-0 on their last league travel, aiming to win back-to-back La Liga matches on hostile turf for the first time since October 2020. Conceding first would likely dampen such ambitions, given that they’ve lost all four away league fixtures in which they’ve fallen behind this term. 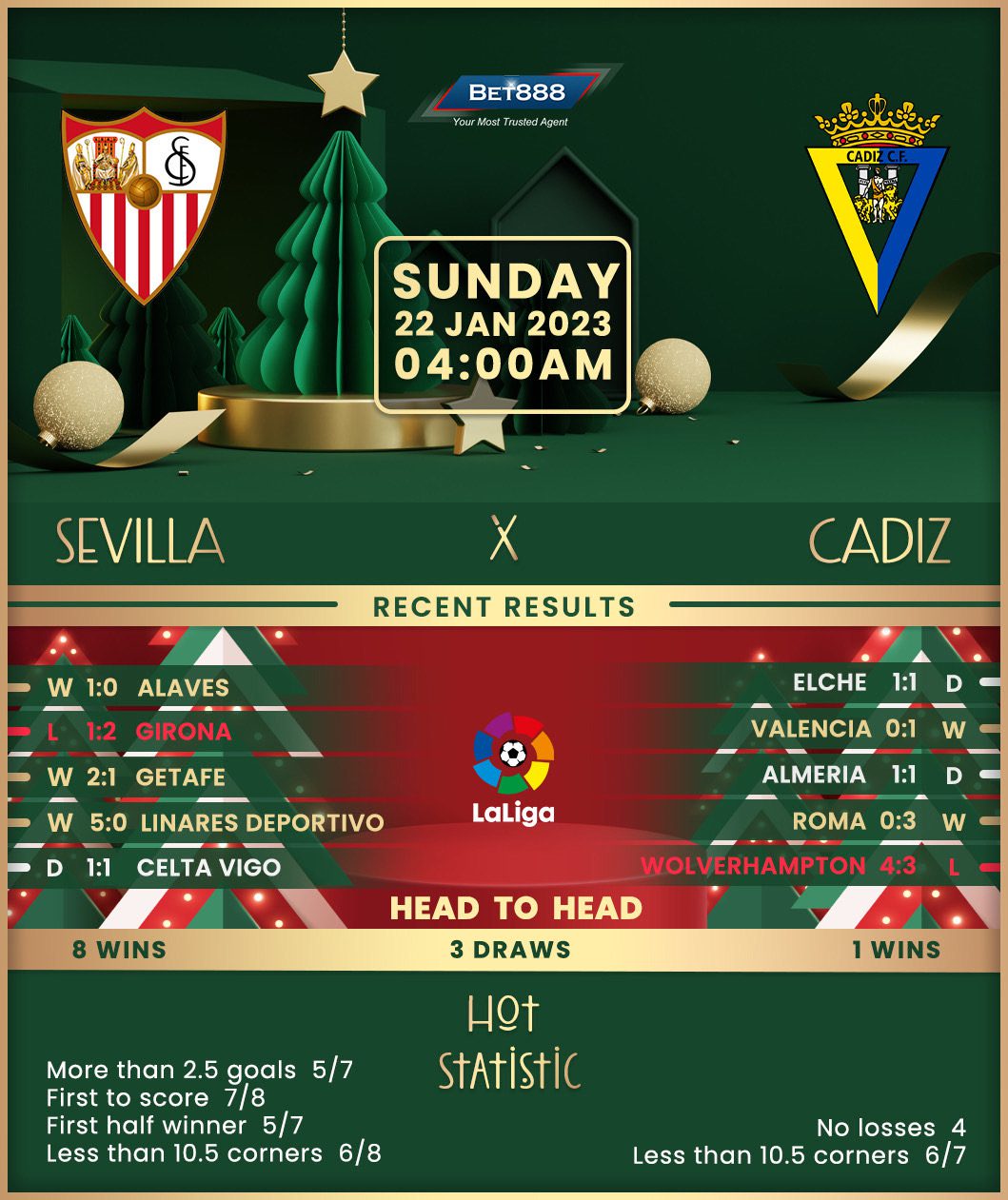