After a surprising elimination of Manchester United, Sevilla will have to repeat the same performance if they want to get past by one of the best teams in Europe, as they are set to host the Bundesliga heavyweights, Bayern Munich. A stunning blitzkrieg at the Old Trafford has led the Andalusian side to the quarter-finals, but the Bavarians will be a much tougher opponent than the Premier League giants, as they are unstoppable this season. Jupp Heynckes’ team has demolished Besiktas in Munich by five goals to nil, and they’ve defeated them 2-0 in Turkey to secure the quarter-finals. Only last weekend, Bayern have destroyed Borussia Dortmund 6-0 at the Allianz Arena as Robert Lewandowski netted a hat-trick against his former club. Los Rojiblancos are currently occupying sixth place in La Liga without any chance of catching fourth-placed Valencia, and their only chance to secure the Champions League football is if they somehow manage to lift the trophy this season. Bayern, on the other hand, have been pretty impressive in the national championship this year, as they have virtually secured the title, but their primary goal is to return to the top of Europe. 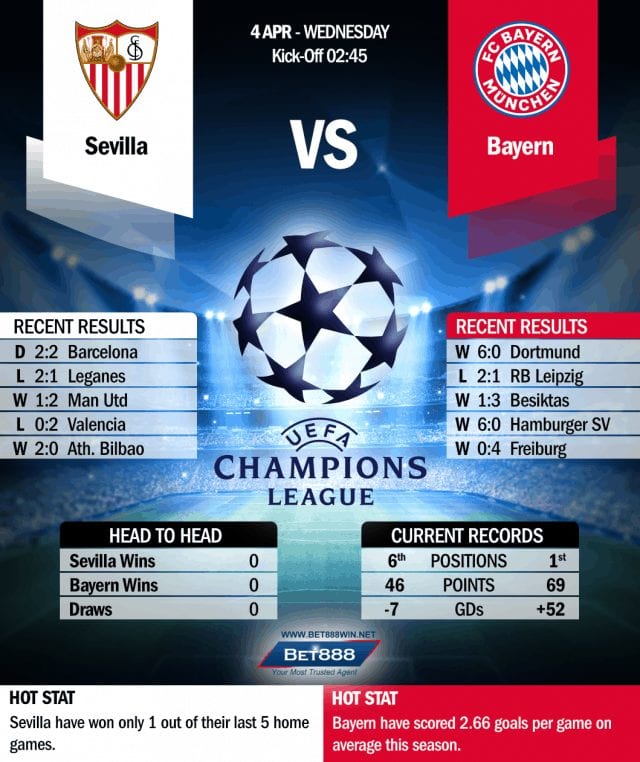