At the Kaliningrad Stadium in Kaliningrad, Serbia and Switzerland will face off against each other in a game that will be critical for the faith of both sides because a potential victory would practically send the winner to the knockout stage. For the first time as an independent nation, Serbia is presented with an extraordinary opportunity of advancing to the round of 16 after a 1-0 win over Costa Rica in their first World Cup match after eight years. After a successful qualification tournament, the Eagles participated in six international friendlies, winning three of them, before making a trip to Russia. On the other hand, the Nati that qualified for the final tournament after the UEFA playoffs managed to achieve a draw against one of the most dominant teams of the tourney, as they’ve drawn 1-1 with Brazil thanks to the 50th-minute equalizer scored by Steven Zuber.

These two teams have never played against each other before despite they are both members of the UEFA continental confederation.

Mladen Krstajic will probably field the same starting eleven that started the match against Costa Rica, with only Adem Ljajic, who had a disappointing game, could stay on the bench in favor of Filip Kostic or Nemanja Radonjic. As for Switzerland, Valon Behrami has sustained a groin injury against the Selecao, and he might be forced to skip the encounter. 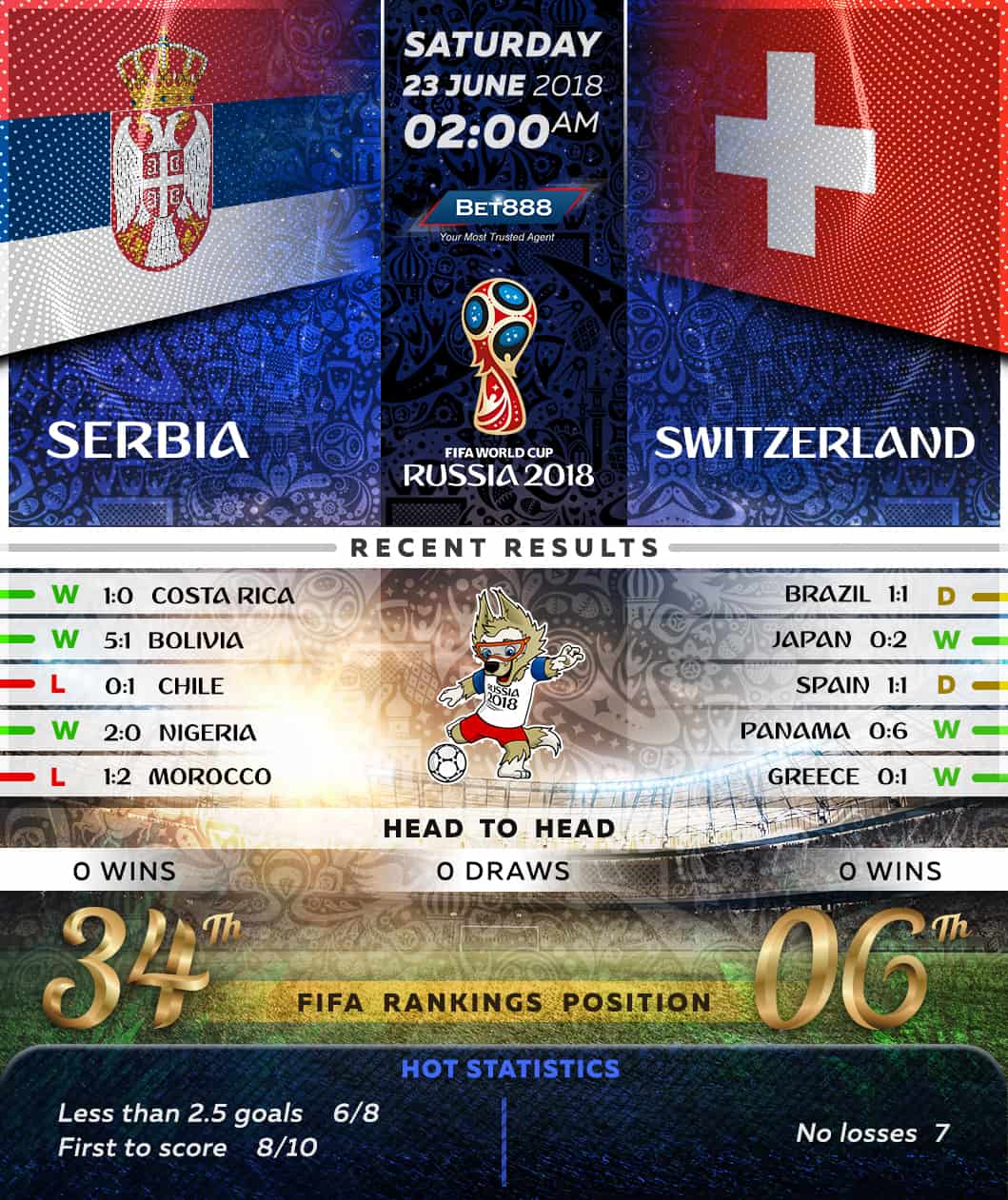