Serbia and Sweden are set to face each other at the Stadion Rajko Mitic in the penultimate round of the 2022/23 Nations League.

Since an underwhelming 1-0 home defeat to Norway on matchday one, Serbia have strung together three unbeaten Group B4 matches (W2, D1), including a narrow 1-0 H2H triumph on Swedish soil. However, the home side’s bid to progress into League A is hanging by a thread as they need to win their last two group stage fixtures versus Sweden and Norway to make it happen. Serbia’s home form can encourage head coach Dragan Stojkovic, with the ‘Eagles’ only losing three of their last ten matches on home turf (W6, D1). More importantly, led by Fulham talisman Aleksandar Mitrovic, Serbia netted 3+ goals in all six victories during that sequence, suggesting they may pack a punch should they make it three wins from four H2Hs against Sweden (W2, D1).

In the meantime, visiting Sweden got their Group B4 campaign off to a flying start, courtesy of a 2-0 away win over Slovenia. But they have since hit a rough patch, losing three consecutive Nations League outings via a single-goal margin. Then it’s no surprise they head into proceedings in pursuit of all-important points that would prevent them from suffering relegation to League C only a season since being demoted from the top tier. With bottom-placed Slovenia only one point adrift, the Swedes risk tumbling down the pecking order unless they find a way to defy a dreadful six-game form on foreign soil (W1, L5). There’s a glimmer of hope for the ‘Blagult’ as they’ve gone from back-to-back scoring blanks on the road to netting precisely twice on their last two international travels. 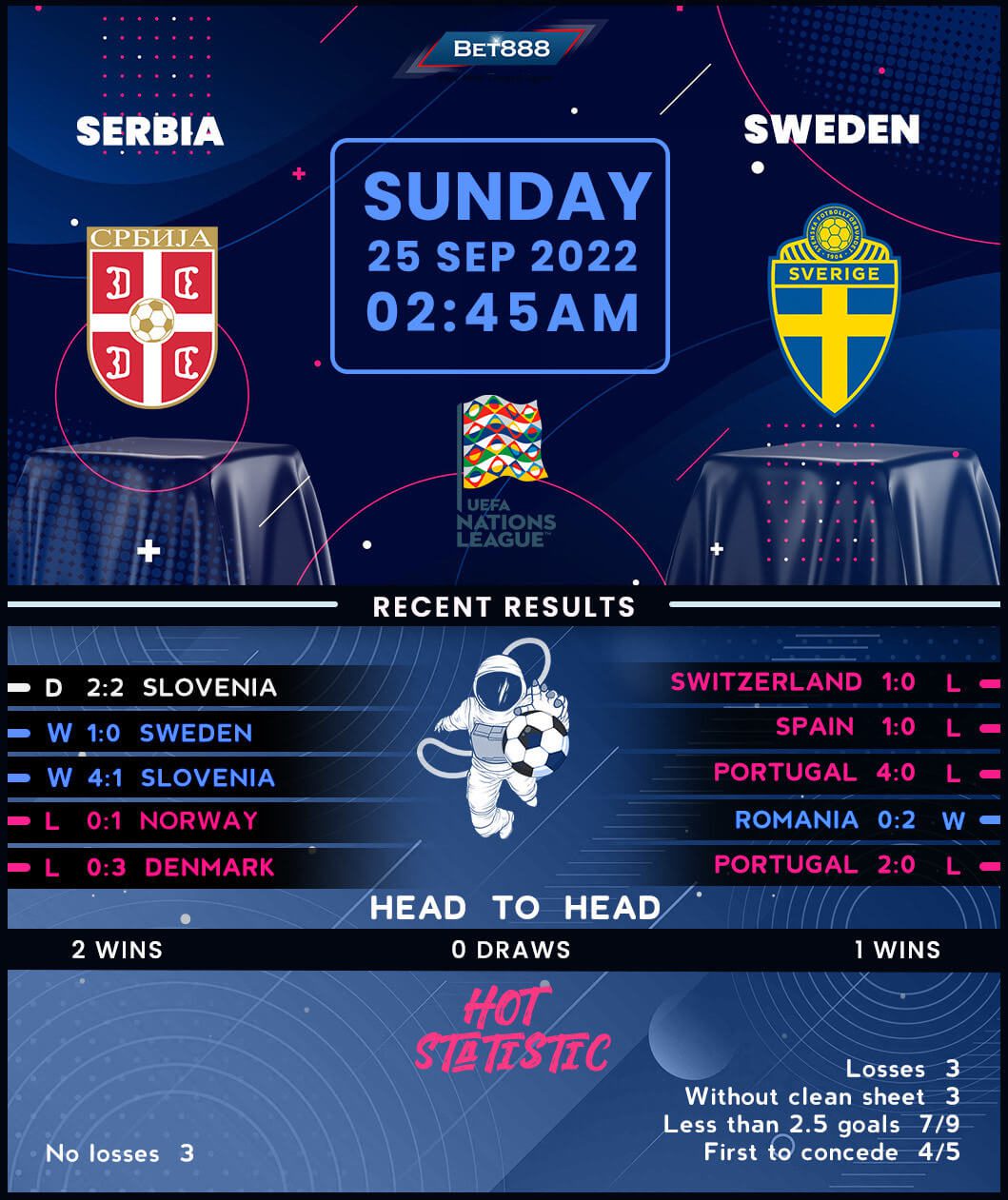