After a turbulent match against Switzerland, Serbia will face off against one of the principal candidates to win the World Cup trophy, Brazil, at the Otkrytiye Arena in Moscow, seeking a win that will guarantee them a spot in the round of 16. The White Eagles have pulled off a significant 1-0 victory over Costa Rica in the opening match of Group E, but a 2-1 defeat to the Nati have made things difficult for Mladen Krstajic and his players. An encounter that took place at the Kaliningrad Stadium is so far one of the most controversial matches of the final tournament, as the German referee Felix Brych opted not to take a look at the situation that occurred in Swiss’ box, when two of the Switzerland defenders trampled down Aleksandar Mitrovic, despite VAR referees suggested him otherwise. On the other hand, the Seleção failed to leave up to expectations so far, as they have played out a disappointing 1-1 draw with Switzerland in the first round, while barely managing to walk away with all three points against Costa Rica, thanks to two injury-time goals scored by Coutinho and Neymar.

Adem Ljajic should return to the starting eleven in favor of Filip Kostic who failed to impress in the previous match, while Douglas Costa should be the one to replace Willian. 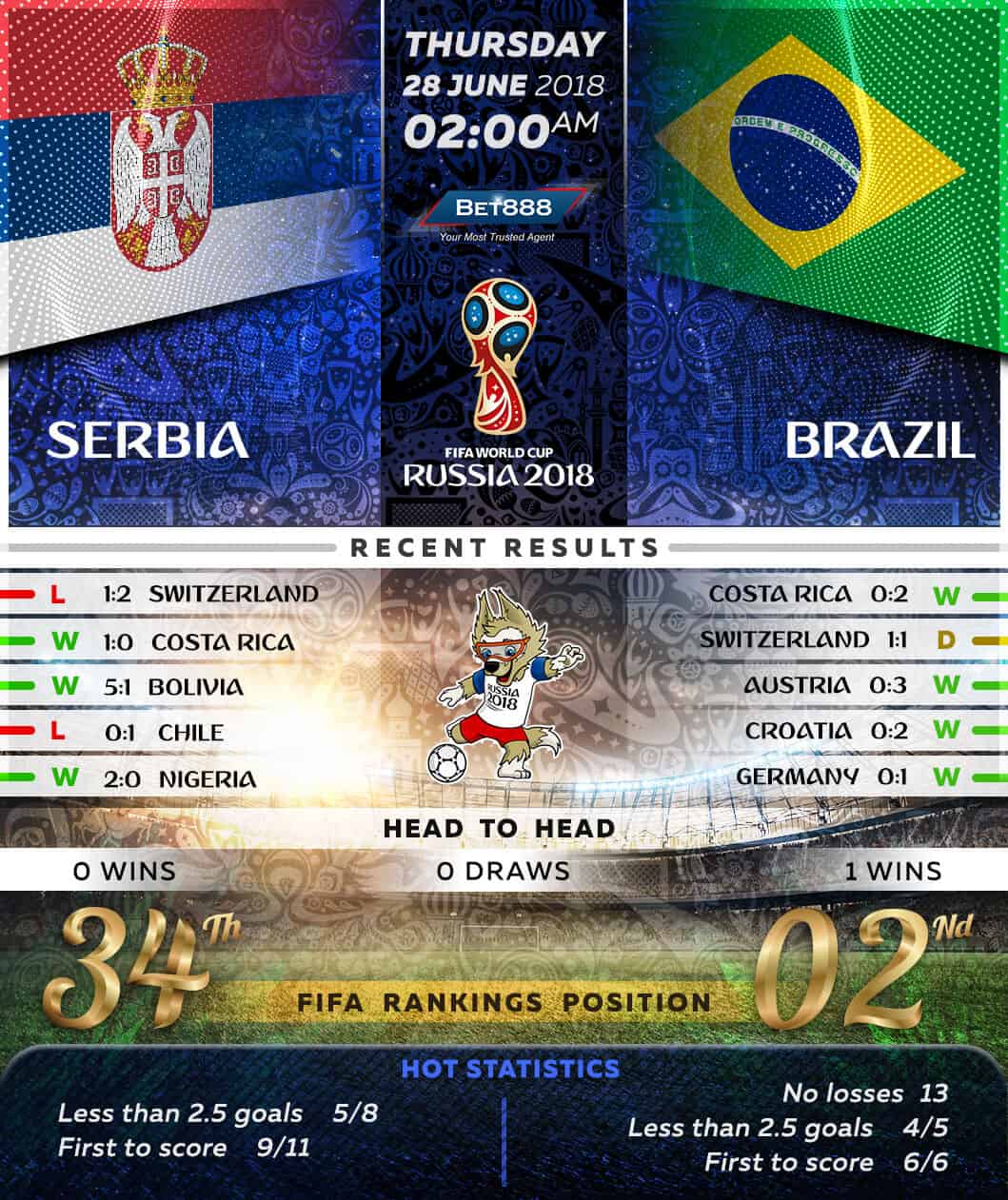