Lumen Field is the venue as Seattle Sounders and Cincinnati go head-to-head in a high-stakes Major League Soccer showdown.

Seattle Sounders’ bid to advance to the MLS Cup playoffs for the seventh season running is hanging by a thread as they trail seventh-placed Minnesota United by six points with just three games to go. A failed attempt to beat Cincinnati following a 4-1 thumping in their first-ever H2H will likely condemn the ‘Sounders’ to an early elimination. There’s not much reason for enthusiasm in the home camp as Brian Schmetzer’s men have only won two of their last eight MLS outings (D1, L5) without a single clean sheet in that sequence. But they’ve at least been fun to watch, with each of those eight fixtures featuring 3+ goals and seven seeing both teams on the scoresheet. Yet after winning four of their last five home league matches (L1), Seattle may feel confident enough to claim an all-important triumph here.

On the other hand, after failing to qualify for the MLS Cup playoffs in their inaugural three seasons in the competition, Cincinnati could make a historic achievement this term as they sit sixth in the Eastern Conference. However, a slender three-point lead over eighth-placed Columbus Crew means there’s no margin for error if they are to stay beyond the playoff line. Cincinnati’s stellar 11-game unbeaten MLS streak (W5, D6) since a 2-0 loss at non-other than Columbus in mid-June bodes well for their effort to upset Seattle. But it’s worth noting that before claiming a come-from-behind 2-1 victory at Real Salt Lake last time out, the ‘Orange & Blue’ had been winless on seven successive MLS travels (D5, L2). Cincinnati’s defensive frailties have seen them concede in nine consecutive away league matches! 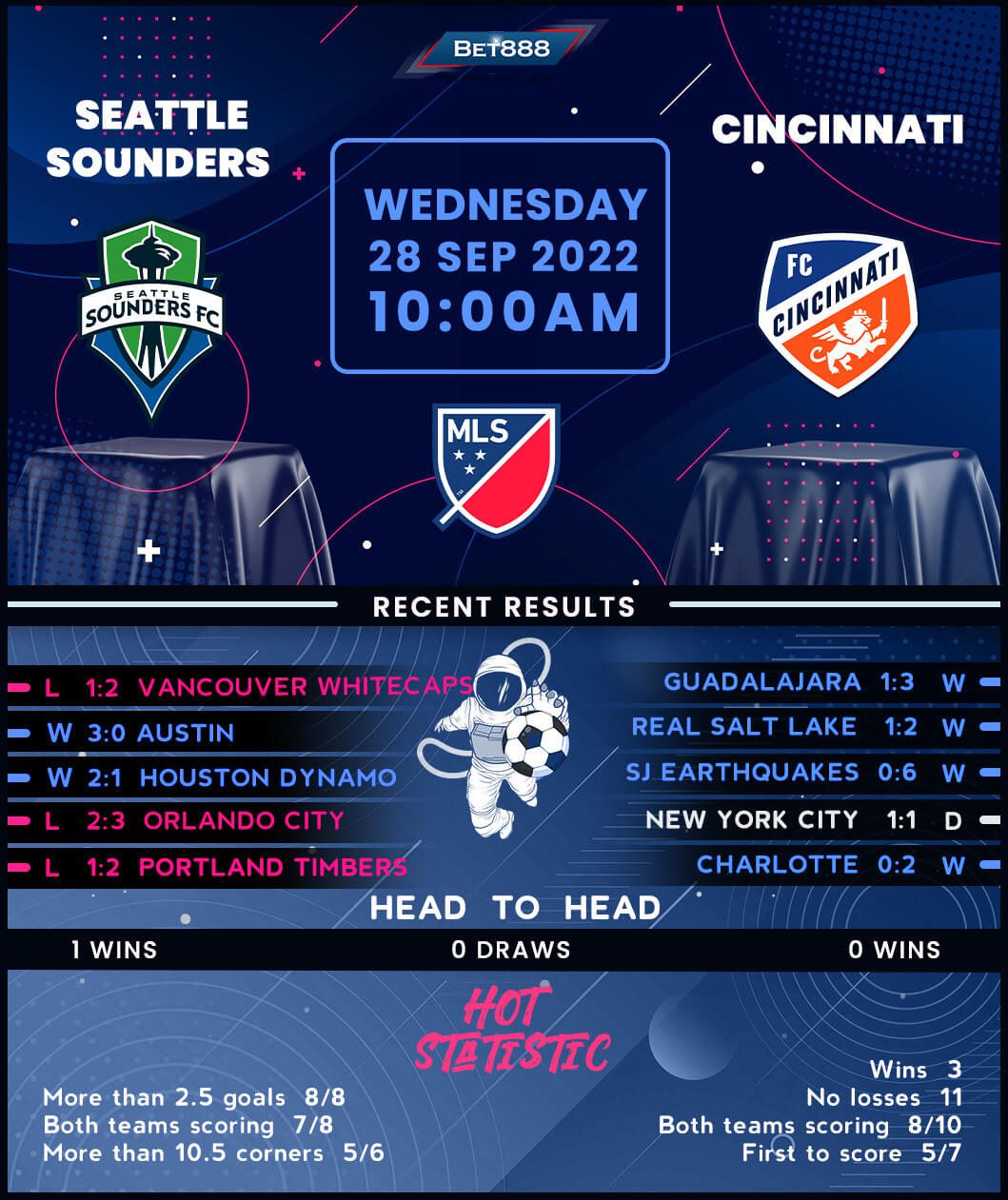