After another disappointing performance and an embarrassing 2-1 defeat to Israel in the UEFA Nations League, Scotland will face-off against Portugal in a friendly encounter that shall at the Hampden Park in Glasgow.

The Tartan Terriers have failed to recover from the World Cup qualifiers failure, as they only managed to secure two wins in a total of seven matches they’ve played in 2018. Last month’s 2-0 triumph over Albania in the Nations League ended Scotland’s 3-game losing streak, but they are yet to find the way out of a severe crisis. Alex McLeish’s side only kept a clean sheet twice in the previous nine matches, failing to notch a goal five times in the process.

On the other hand, A Seleção das Quinas have returned to the right path following the World Cup elimination, having clinched two straight triumphs in the Nations League, over Italy and Poland. Additionally, in the post-World Cup friendly with Croatia, the defending European champions have held the World Cup runners-up to a 1-1 draw despite Cristiano Ronaldo wasn’t there to help his teammates.

A meeting at the Hampden Park will be the first between these two sides since 2002 when Portugal swept Scotland aside with a comfortable 2-0 victory. 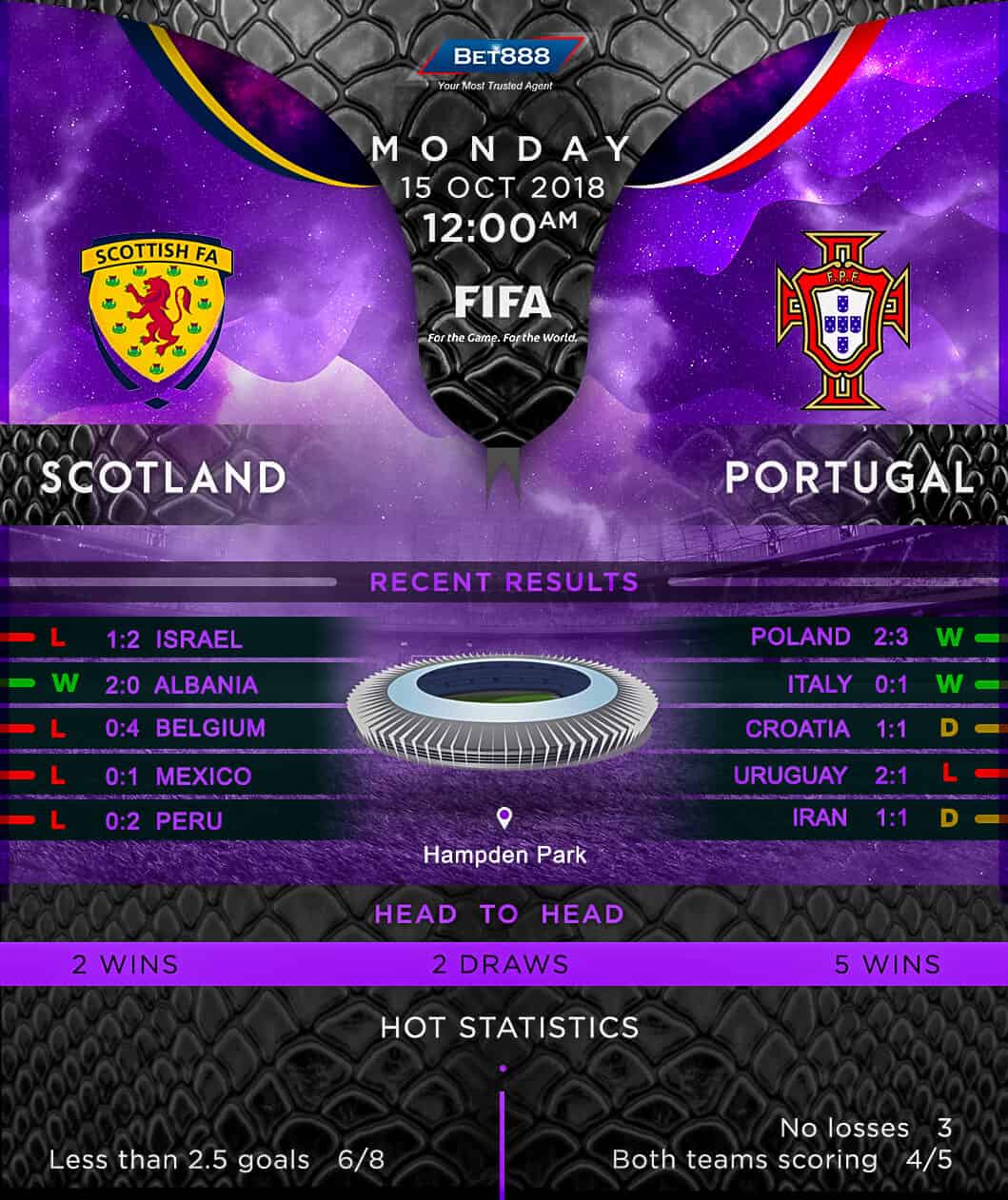