After missing out on the 2018 FIFA World Cup, Scotland will host Belgium at the Hampden Park in Glasgow as part of the preparations for the upcoming Nations League encounter with Albania.

The lack of consistency and weak defensive displays have cost the UK side a World Cup appearance, and after finishing third in their respective qualifying group, Alex McLeish has witnessed his side’s tremendous drop in form. In the previous five international friendlies, Scotland has suffered four defeats, failing to find the back of the net each time, while their only victory came against Hungary, back in March. Furthermore, the Tartan Terriers have played against Belgium three times in the 21st century and suffered all three defeats without scoring a single goal.

De Rode Duivels, on the other hand, won the bronze medal in the recently completed World Cup, defeating England in the third place play-off match by two goals to nil. Roberto Martínez’s team have achieved all three wins during the group stage, after which they eliminated Japan and Brazil, before suffering a narrow 1-0 loss to France in the semi-finals.

The promising defender John Souttar will make his debut with the national team following some astonishing performance with Hearts, while Robert Snodgrass rejoined his fellow countrymen to replace the injured Matt Phillips. Meanwhile, the visitors’ roster should be the same one that featured in the World Cup, with Radja Nainggolan still out of the squad. 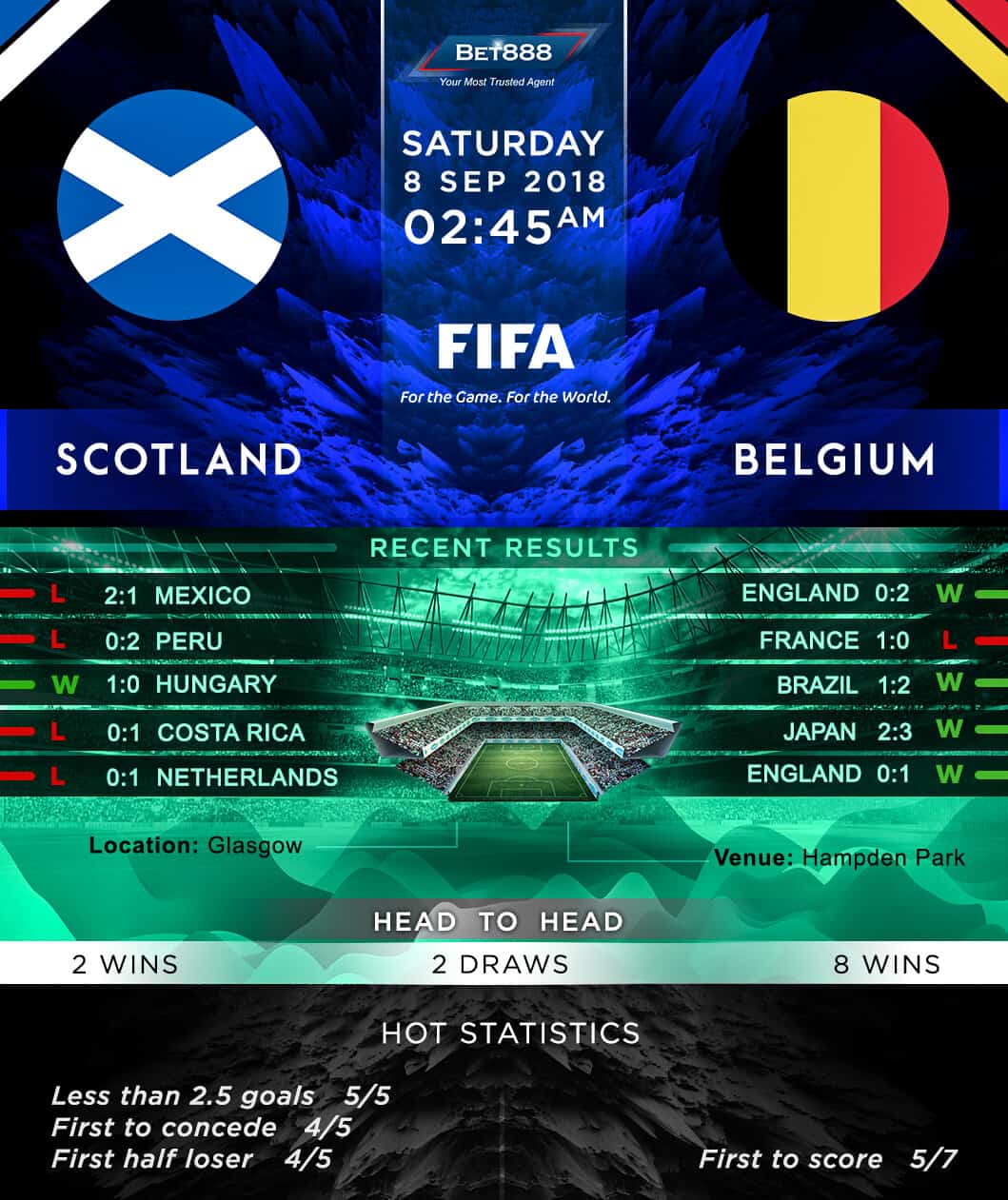