Winless in their last three competitive matches, Schalke 04 will welcome Lokomotiv Moscow to Veltins Arena in the final fixture of the Champions League group stage looking to bounce back from a 2-1 home defeat to Borussia Dortmund last weekend.

Although the Miners already secured their place in the knockout phase of the most prestigious club competition in Europe, Domenico Tedesco has a few reasons for happiness, especially when it comes to Schalke’s performance in the last four weeks. Not only the Royal Blues secured just one triumph in their previous five encounters across all competitions, but they have lost three times during the run, including a 3-1 loss to Porto in the Champions League last time out. Tedesco’s principal concern ahead of this meeting could be that his players have failed to keep a clean sheet seven times in their past eight games, conceding a minimum of two goals per match five times in the process.

On the other hand, rooted to the bottom of Group D with a record of one win and four losses, the visitors have already lost all chances of reaching the knockout stage. However, the Russian outfit has an opportunity to secure their passage to the Europa League in case they manage to pull off a victory in Gelsenkirchen and Galatasaray fail to beat Porto at home. Arguably one of the weakest teams in this year’s Champions League edition, the Steam Locomotives have lost their opening four Champions League games, conceding a minimum of three goals per match three times in the run. However, a promising 2-0 win over the Turkish side last time out has opened the door for Yuri Semin and co. to remain in Europe for another three months. What’s more, the visitors come into this encounter following two straight triumphs, including the one over Orenburg in the Russian Premier League last weekend. 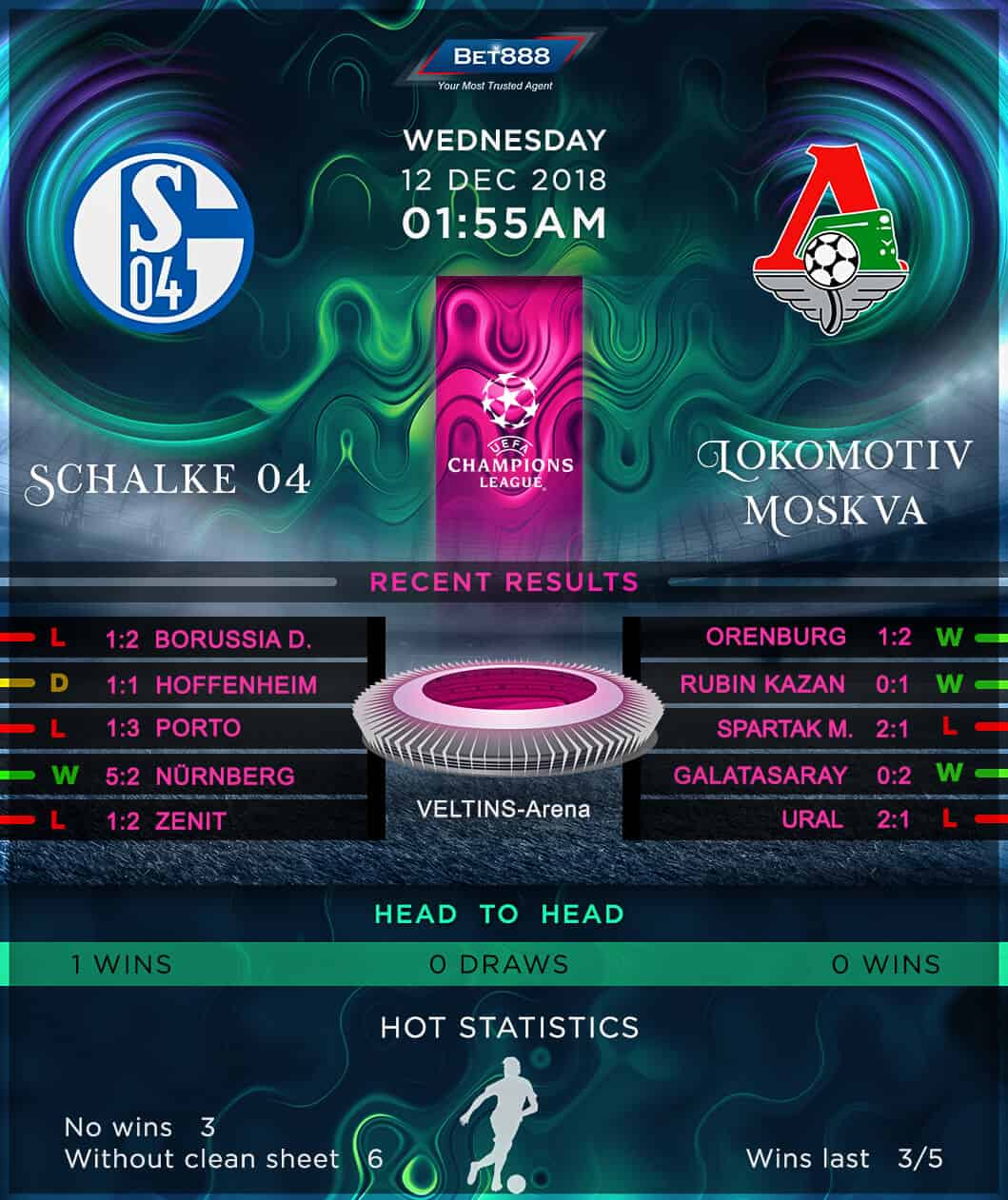